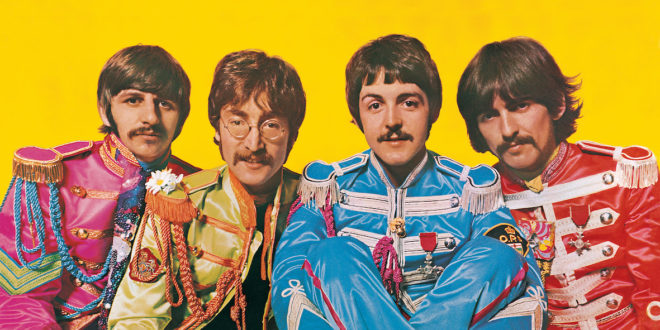 Tate Liverpool and National Museums Liverpool, with a little help from The Beatles and Dolby Laboratories, have launched a unique experiential presentation of Sgt. Pepper’s Lonely Hearts Club Band in Dolby Atmos, as a Christmas gift to the city.

This worldwide first, immersive experience will be presented daily at the Dr Martin Luther King Jr Building at the Royal Albert Dock Liverpool until Thursday 9 January 2020.

Helen Legg, director, Tate Liverpool, said: “We’re excited to be working with National Museums Liverpool to bring this unique listening experience to the city. At the time they made Sgt. Pepper’s Lonely Hearts Club Band, The Beatles were at the epicentre of pop and performance art of 60s London which strongly influenced this tremendous record. Listening to this special mix is like hearing something familiar for the first time. It sounds so fresh, you can hear every element which just underscores how wildly inventive it was.”

Giles Martin, son of the legendary Beatles producer George Martin and a Grammy Award winning producer in his own right, created this mix of Sgt. Pepper’s Lonely Hearts Club Band from the original tapes.

Giles Martin said: “Sgt. Pepper’s Lonely Hearts Club Band is one of the most important and ground-breaking albums of all time. In many ways it changed how records could be made. The Beatles stopped just simply making music and started painting pictures with sounds that hadn’t been heard before. Experiencing this Dolby Atmos mix allows us to fall into the record and to totally immerse ourselves in the fantastical world that was so beautifully created at Abbey Road Studios over 50 years ago.”

All tickets for the free event are now fully sold out. However, fans around the world can immerse themselves within these recordings, which are available to stream in Dolby Atmos via Amazon Echo Studio and Amazon Music HD for the first time, with further services to follow in 2020.

2019 saw The Beatles’ iconic Abbey Road album return to the top of the UK album charts after a record-breaking 49 years and 252 days, as fans around the world celebrate one of the most recognisable and cherished albums of all-time, fifty years after its release. Abbey Road’s anniversary was marked with a suite of Anniversary Edition packages released on September 27 by Apple Corps Ltd./Capitol/UMe – including a newly mastered Dolby Atmos mix from Giles Martin.