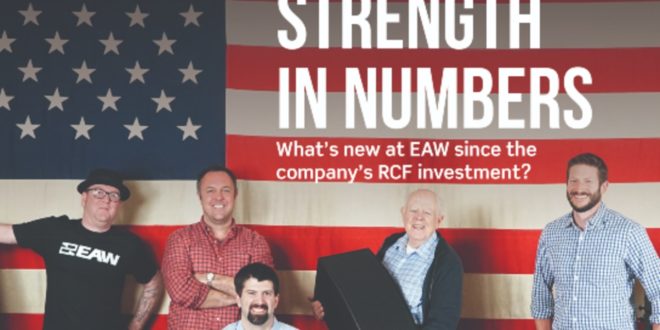 The December issue of Audio Media International is now available to read online.

In this issue, Colby Ramsey speaks to EAW president TJ Smith about the company’s recent activity following its acquisition by RCF.

Meanwhile, we hear from The Aeronauts re-recording mixer Lee Walpole about creating an immersive mix for this new Amazon Studio film, and Daniel Dylan Wray catches up with producer and multi-instrumentalist Dan Carey about working with some of this year’s Mercury Prize nominees.

In a special 25 year anniversary feature, we take a look at how London’s Grand Central Recording Studios has consistently pushed the boundaries of sound design in post.

Product reviews this month include gear from Dynaudio, Waves, Blue Microphones and Austrian Audio, while our Opinion section includes pieces on video game scoring, how users of wireless gear will be affected by the post-clearance RF landscape, and more.

Read all this and more in the December issue of AMI here.