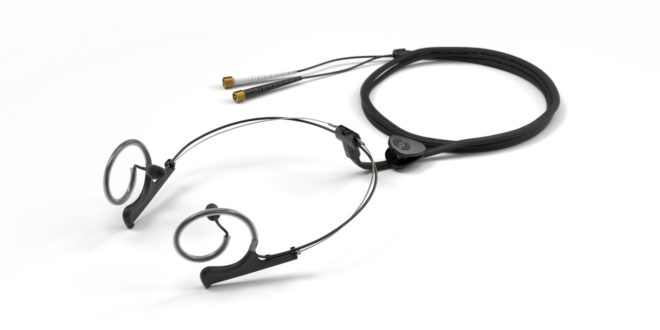 DPA Microphones has launched its new 4560 CORE binaural headset microphone for YouTubers, sound designers, podcasters, vloggers and other content creators who want to capture authentic immersive audio for their projects.

The professional quality of the microphones is designed to allow users to capture, in real time, exactly what each ear is hearing so that those consuming the content on headphones can experience full immersive sound. These qualities are appealing to other applications such as sound system documentation, soundscape analysis, sound quality assessment, sound for theatrical plays, sound for the gaming industry, and much more.

At the heart of the new 4560 CORE binaural headset is a pair of 4060 CORE miniature microphones that are mounted on two ear hooks and sit just outside the user’s ear canal (like a pair of earbuds) so that they capture 1:1 the sound being heard by the person making the recording. The ear hooks are attached to a flexible headset that can easily be adjusted to suit the dimensions of each individual head. Foam screens are supplied with the microphones to secure their position and offer damping of wind noise.

“Recordings made with DPA’s 4560 CORE Binaural Headset are so accurate that listeners often turn their head looking for the source of the sound,” said DPA product manager Rene Moerch. “Ideally, content recorded with this product should be listened to via headphones as one doesn’t get the same experience if the audio is played back over stereo speakers, but there are techniques that can provide corrections and upmix for stereo and multichannel formats, which makes this product useful for film recordists who want to gather content for atmospheric sound.”

Moerch adds that another useful feature of a DPA Binaural Headset Microphone is its ability to deceive because the microphone is so small that someone wearing the headset may look like they are only wearing headphones. “This can be very useful for people recording in hostile environments where it is not safe or appropriate to show a microphone,” Moerch said. “But even for normal podcasts, binaural recording provides content that is much more immersive, alive and compelling compared to traditional recording techniques.”