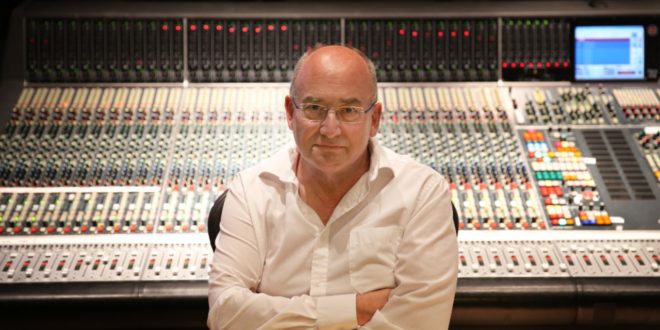 To coincide with the 50th anniversary celebration of The Beatles’ Abbey Road album, AMI spoke to veteran recording engineer John Kurlander about his experiences and memories working with the Fab Four, George Martin and Geoff Emerick…

When I was a kid, I lived around the corner from Abbey Road and actually went to school in that neighbourhood. When I was about 13, which would’ve been in 1964, my class got invited to what was then EMI Studios to do some sound effects for a spoken word BBC Drama piece. We went into Studio Two – The Beatles’ stuff was set up at the far end of the room. We were allowed to look but not touch, and for us at the time this was an amazing thing in itself.

When it was time to leave school at 16, I wrote to all the studios in London (there was a lot of them at the time). EMI invited me to come for an interview, and three days later they offered me a job. Six months on and unbeknownst to me, I found out that this had been an elaborate fix by one of my teachers, so I had a connection with the studio without even knowing I had one! I quickly learned that all the engineers there, including Geoff Emerick, Phil McDonald and Ken Scott, had all started at 16, exactly the same as me. At the time, they really wanted people with no prior experience, and instead opted for those with raw ability or those whose “face would fit”, so I was incredibly lucky. 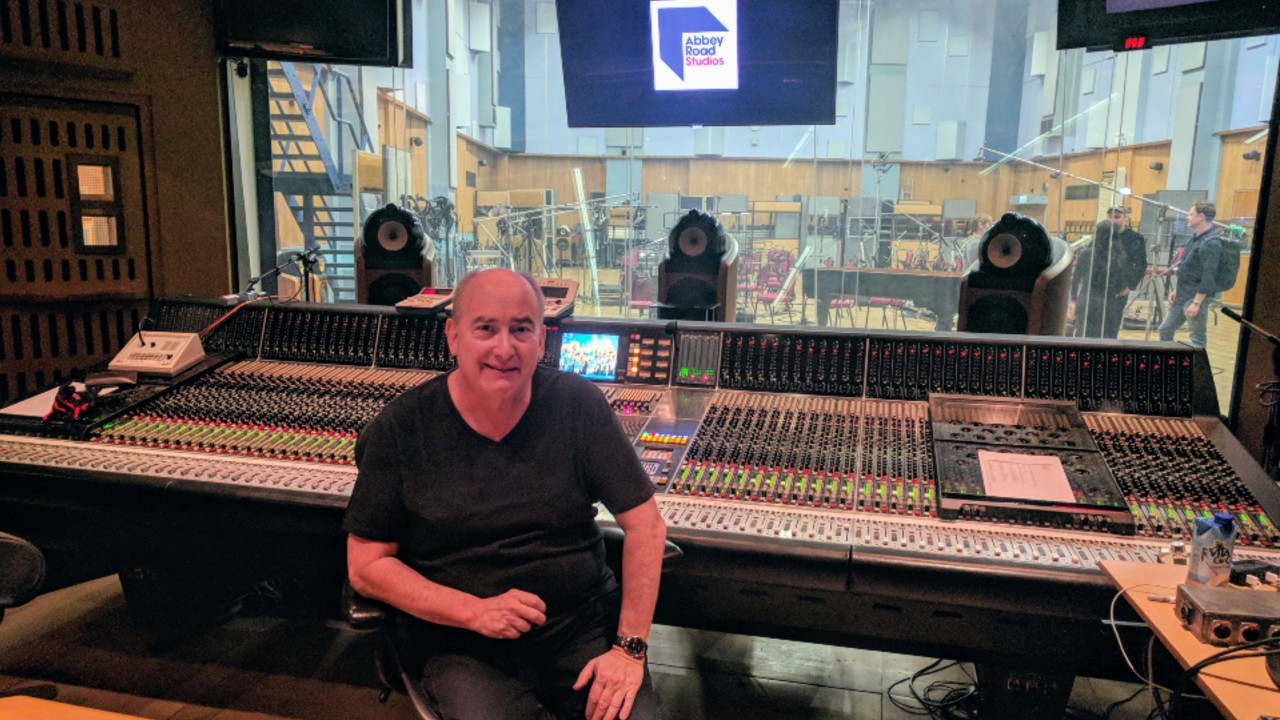 I worked with Geoff in 1968 and did tape op for him. The most notable thing that we worked on together was the The Zombies album Odessey and Oracle. At the beginning of 1969 he said we’re going to do another Beatles record, and what was to become the Abbey Road album was a bit of a comeback for him. We had other assistants on the floor because there were a lot of sessions – sometimes two running concurrently – but I would say that I was probably involved in the bulk of the material.

All I remember at the time was that it was a hugely important gig. The tape itself could be very volatile – it was on open platters and not on coated spools, so when you were spooling backwards and forwards there was always the risk that it could fly up and completely destroy itself. That’s a risk of the job that you’re aware of anyway, but when it’s a Beatles tape that could potentially do that then there’s a lot of pressure. The main thing that was on my mind was just to stay calm and do the job.

At the time I didn’t really have any experience at all, but what occurred to me later on was that – when we did Abbey Road on a new EMI solid state mixer, instead of a valve one that was used on previous records – some of the micing things that Geoff did were quite different to what had been done before, and he was adapting his workflow quite significantly, especially going from four to eight-track. When eight-track arrived it made life a whole lot easier – no copying or reduction when you wanted extra tracks. Growing up with it, I always loved the EMI gear, and it’s great to see companies attempting to recreate it now. It’s quite the compliment.

The main thing, which is very relevant, is that in the last ten years or so there’s been a revival of emulating the gear from that time. That’s essentially the complete opposite to what The Beatles wanted to do, which was to move forward and do something that hadn’t been done before. They would never say, “what was that guitar sound that we had on Revolver?” or “what mic did we use on Sgt. Pepper?”. They had no trepidation about mixing on a solid state mixer that they’d never used before. In fact it was quite the opposite, and they were continually embracing new ways of experimenting with sound. There was a technical department who would actually build the equipment for the band upon request, and would tailor make solutions to meet their musical needs. Every week they would build a new box – just a chassis with a few wires – and then test it out. The outcome was basically that they invented new gear as they went along.

I think this whole process of constantly moving forward was a major part of what I learned while working with them. For some of the tracks, Ringo would put teacloths on his drums (which a lot of people did afterwards) in order to achieve a particular sound from his toms and snare. Watching that process develop was amazing. 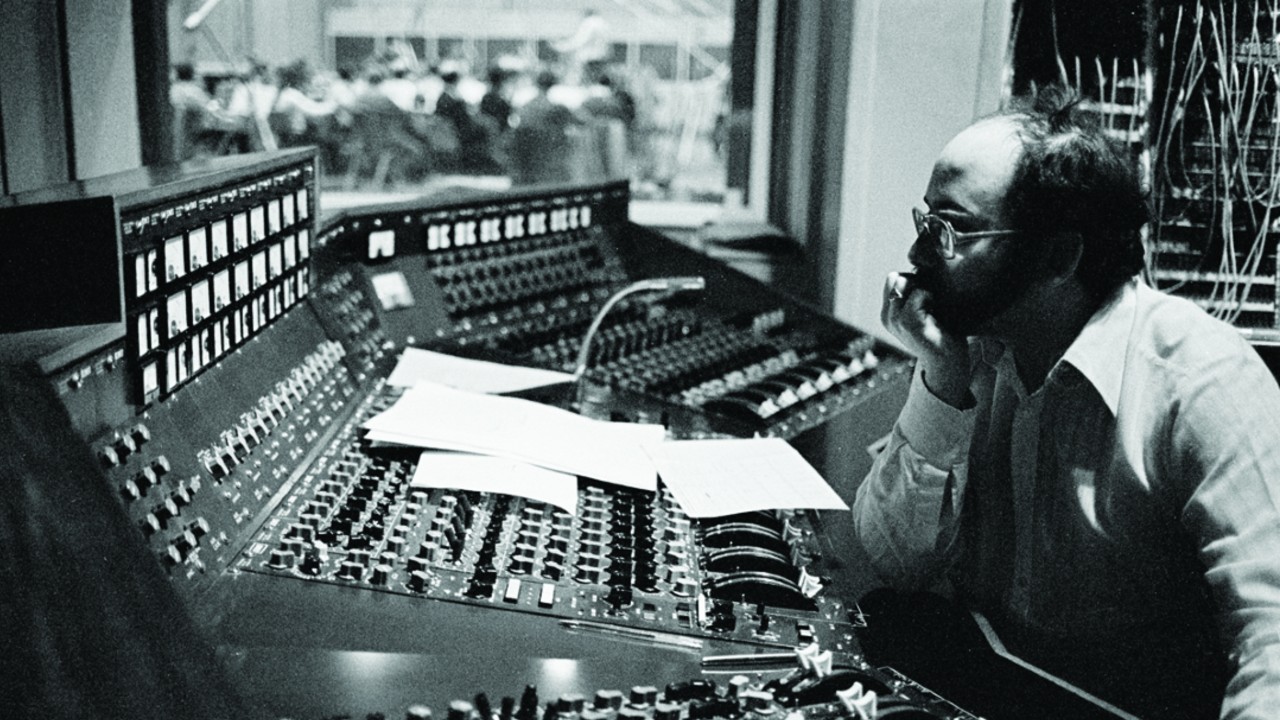 I believe that the equipment that we were using at the time was for the music being made at the time. The music, the equipment and the timeframe are very much locked together. The question is, if you’re making something that’s contemporary and very 2019, do you want to take advantage of everything that’s brand new or do you want a recreation of a past tool? It depends entirely on what sound the artist is going for.

Something that’s nice to do – and something I often do now – is just start with a blank sheet of paper and choose your methods as you go along, which is what I think The Beatles were always doing. People have asked me, “how do you do a 1960s mix?” and I’d say the first thing to do is put a stopwatch on when you start, and finish the mix within an hour at the most, because that’s what we used to do. Admittedly we were only working with four or eight tracks but a lot of mixes were done very quickly as you went along – that spontaneity was always part of the process as much as the equipment.

Despite working at EMI with such a huge band, it went unsaid that you didn’t ask for autographs or act like a fanboy, you just act like a professional. The problem with that is, some of the most notable things that happened you wouldn’t want to talk about again, and I think my most notable memories are things I would rather not talk about for various reasons! I didn’t know it was their last album – there was always a lot of pressure not to screw up, but I think if I’d have known this, I’d have been incredibly paranoid about the whole thing because of the added gravitas.

I stayed on staff at Abbey Road for the next 30 years and these years were a huge part of my life. I was in the room that summer when they decided to change the album name from Everest to Abbey Road (the studio was of course called EMI at the time). That July they were going to fly to the Himalayas and take the cover photo in the snow with the mountain in the background, but things were running late and they really wanted to stay in London to complete the record. I was actually there on the session when someone made the suggestion to just go out in the street the next day, take a picture, and call it Abbey Road. In that one decision, it changed the complete history of St John’s Wood and northwest London forever. I feel like the nostalgia of working on the sessions and what happened day-to-day is almost marred by the fact of being there when the whole history of the building was changed!