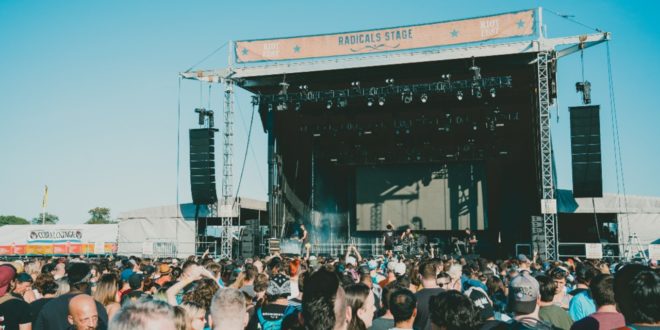 With a variety of artists ranging from Slayer, Anthrax, The Flaming Lips, Violent Femmes and Bikini Kill to The Raconteurs, Patti Smith, Wu Tang Clan and the Village People, Riot Fest offered some particular challenges in terms of controlled coverage on site and noise mitigation off site.

As Technotrix Audio lead, Brent Bernhardt, pointed out, “As always, there’s a commitment to keeping off site noise to an absolute minimum. We’re still avoiding the same two hospitals behind and alongside Stages 1 and 2, along with neighbourhoods around the festival. It was very impressive to have virtually the same amount of control we get from an MLA rig with only slightly less resolution. WPL was very good and the tonality wasn’t lacking either, while the onsite coverage was uniform and consistent as well.

“On site coverage for Stages 1 and 2 is always a challenge as they fire into the rear of 4 and 5,” Bernhardt added, “especially this year because of gusty wind conditions on the first day of the festival. We’ve never used delays with MLA because it throws further than any other PA, even under adverse weather conditions.

“WPL was able to provide exceptional sound quality and tonal characteristics for a wide variety of genres, something that applied to all of the stages in terms of Martin Audio. MLA, WPL, WPC and all of their products work well for all styles of music.” 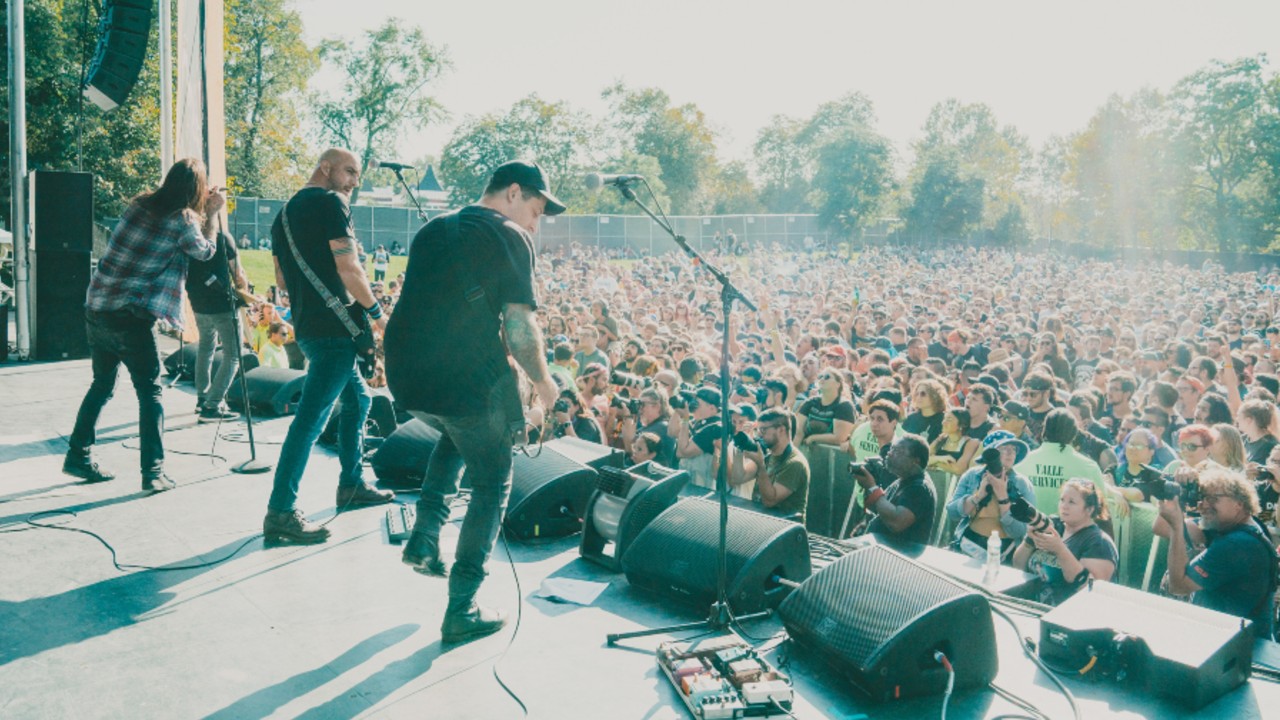 The setup for Stage 1 (Riot) included 12 Martin Audio MLA per side and one MLD, with four W8LC as front fill stacked evenly across the front of the stage on top of the MLX subs. A total of 21 MLX subs were ground-stacked in front of the stage in seven stacks of three tall, with the middle sub in each stack reversed in a broadside cardioid array. A six-box array of MLA Compact were ground-stacked stage left as a VIP fill. 14 XE500 wedges, powered by iK42’s, were used for monitoring. An SX218 with an XE500 on top, was deployed as a drum fill on stage, with a pair of CDD-LIVE 8’s at front-of-house for nearfield monitoring.

The setup for Stage 2 (Roots) was the same as Stage 1 without the MLA Compact for VIP fill. Kyle Bulmann, FOH engineer for Stage 2, explained, “We were covering approximately 400 ft. and wanted to maintain the intelligibility as far out into the audience as possible. In terms of its sound signature, MLA did a wonderful job of replicating exactly what was coming out of the console. In terms of the guest engineers, there were no complaints or concerns about feeling unsettled mixing on MLA. Even if they voiced the system a bit differently than what I had presented, it was a quick and subtle process, even for those who hadn’t mixed on the system before.”

For Stage 4 (Radical), the setup included 10 Martin Audio WPL a side powered by iK42’s using two-box resolution, 15 SXH218 subs in five equally stacked clusters of three, horizontally spaced across the front of the stage with the middle sub in each cluster reversed for cardioid. Four WPC were deployed for front fill across the downstage edge and there were also 14 XE300 wedges powered by iK42s as well as an SX218 sub, with a W8C on top for the drums.

Festival production manager Grant Simmon sums up the sound reinforcement by saying, “Martin Audio continues to back Riot Fest not only with its impressive audio systems, but also its support. This was a tough year for Riot with sustained winds of 30mph. Once we knew we were in for a fight, we reprogrammed all the PA’s and were able to stay show-ready through what would could be described as ‘weather just barely good enough to have a show.’”