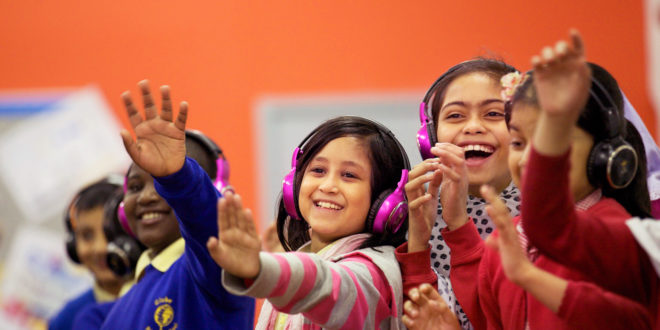 Now Press Play provides UK schools with educational resources that bring the curriculum to life through sound, story and movement, using wireless headphones. Here, Colby Ramsey speaks to the company’s CEO and co-founder, Alice Lacey, about how the platform is being combined with technology to improve access to learning for future generations…

How did you first get into audio for education?

My background is actually working in theatre. I had come across silent discos and wireless headphones at the Edinburgh festival way back in 2008. That technology really stayed in my head, and as I was working as a theatre director thinking of different ways of telling stories, I wondered whether you could use these headphones not just to hear music but to hear a story that the audience or the listener would be part of, and even play a character in that story.

I took the idea to a musician friend of mine who also works as a music teacher as I thought he would be interested in the audio side of it. He said that we should try this with children, and that was where the spark of the idea came from. We did a pilot in a school in Whitechapel; it had no educational content in it at that point, it was just a very basic story to see how the narrative would work. The engagement we saw was outstanding and teachers were saying that they’d never seen the students sit and listen for that long. From there we realised that we had something quite special that we had to explore a bit further.

When was the product first put into action?

From 2012-2014 we were actually creating these stories, going into schools and running fun workshops. As we went back to the same schools, teachers were saying to us more and more that they wanted to be able to deliver this content themselves, and make it part of the way they were teaching. In September 2014 we launched in ten schools, all in East London. We gave those ten schools a box of wireless headphones, an MP3 player with all the audio on it (the technology was quite basic then), and did some training with them.

We’ve had amazing feedback, and I think if schools had better budgets most of them would want us to be involved. Despite it being a difficult time for schools financially, five to six years later we’re now in just under 200 schools across the UK. That’s around 50,000 children who have access to Now Press Play and are learning with the wireless headphones.

Could you tell us how the technology itself is being used?

In terms of the equipment, through Silent Disco King we supply schools with the technology that they need to use our resources. Then we talk to them about all the different ways that they can use the headphones. Lots of schools find them incredibly useful and will end up using them every day because the tech is so versatile. 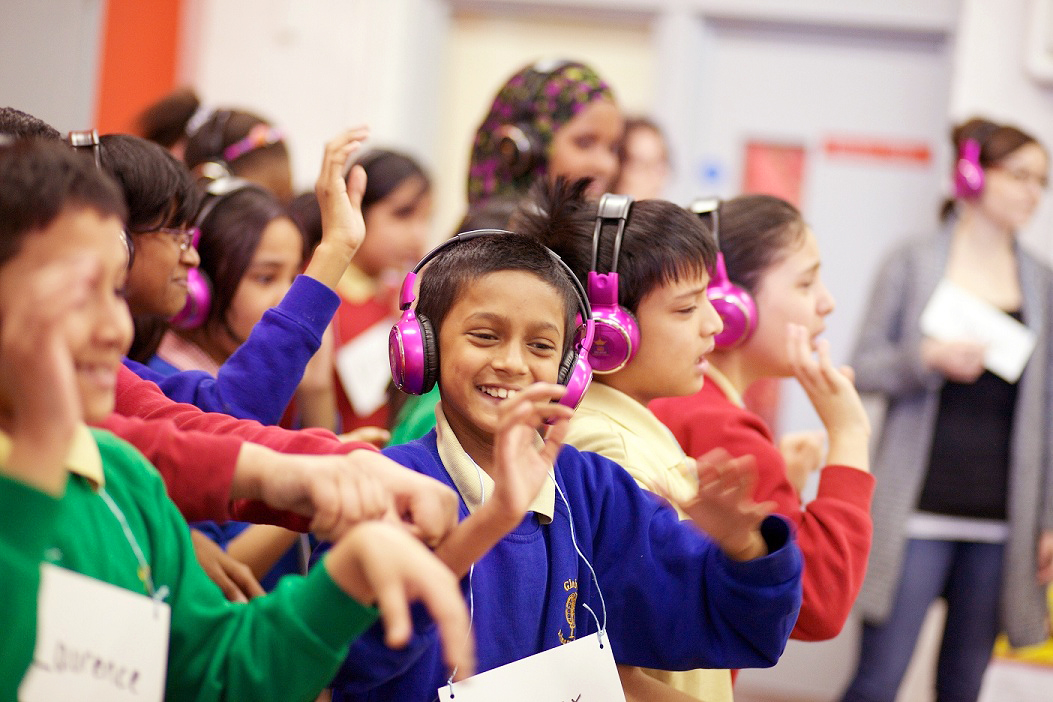 The majority of how schools use the gear is with our audio stories. The headphones of course allow the users freedom of movement, making it an incredible resource for children to be active whilst learning. This is fantastic because there are lots of children who really struggle to learn in a typical classroom setting where they are expected to sit still at a desk etc. So we’re then reaching lots of children who would usually disengage and become quite disruptive.

Apart from that, we’ve actually been learning from the schools themselves, as they’ve been quite creative in finding different ways of using the technology. For instance, they might play an audio book in combination with a physical book to make a form of guided reading. Some might play music for the children while they’re doing creative writing, and this can be tailored to students who prefer to listen to music while working or not. It brings about a real individual experience for children at school, like almost providing them with their own personal teacher. The fact that the children cannot hear each other whilst listening to the headphones is also quite a big deal, as it means those who are more verbal do not distract the other pupils, and everyone remains engaged.

Some schools have used the headphones for meditation, as mindfulness comes into schools more and more to help pupils stay engaged. We’ve also seen some schools come up with their own audio resources for the platform – there was one which created a tour of the school which was written and narrated by the children. Anything audio can go through the headphones and schools are constantly finding different ways to utilise it.

How easy is it for teachers to pick up and use the technology?

One of the biggest parts of our work is to make sure the tech is really easy for schools to use and that they feel that it’s easy. It can be a huge barrier for teachers, as of course they might not be tech/audio professionals or they might even be technophobes. They’re in a high pressure environment where if the tech doesn’t work, the lesson doesn’t happen, so it has to be quick, simple and effective.

One of the great things about the equipment we supply through Silent Disco King is that it’s very simple. We no longer provide an MP3 player, and instead just give them a tablet and access to an app that stores all the audio content. We provide training sessions when schools sign up and we show them how the transmitters work and how to set up the transmitter. One of the big challenges technology companies have going into schools is that if it’s too complicated, it just won’t work and won’t be used.

How do you see the product and the technology developing going forward?

We’re always discussing with Silent Disco King how the kit itself can be streamlined and made more effective. It used to be that you turned on the headphones and had to select between one of two channels; now the headphones will just find whatever channel or frequency is being used, making it very simple to use. We’ve also started experimenting with microphones so that teachers can talk directly to the children through the headphones. I don’t think we want to make any huge technological changes because what we’ve got already works, is simple to use and is very robust. For us, the innovation comes in terms of the audio books that we’re creating rather than the technology itself.