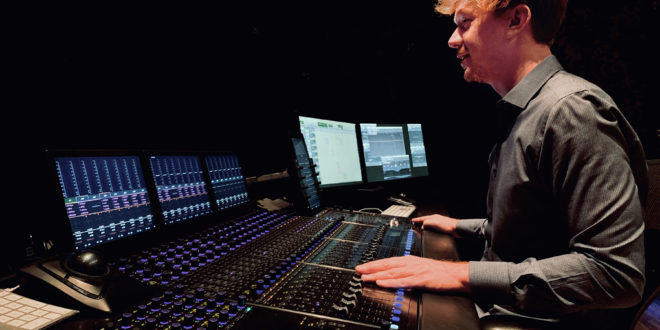 With the rising trend of streaming platforms that provide instant access to millions of media files, viewers and listeners are no longer limited to what they can see or where they can see it. They can have songs, movies and shows immediately transport them to other places and realities. As a result, filmmakers, production companies, manufacturers, and everyone in between, are constantly evolving the way content is produced and shown to meet these rapidly changing demands.

In the home, we’ve seen an increased popularity in audio that goes beyond 5.1 surround sound – to a Dolby Atmos listening environment. This is thanks, in part to Netflix’s initiative that most content be produced in this format. After its launch, mixing for Atmos came at the specific request of a filmmaker who had heard about or saw a film in Atmos. However, we’re at a point now where it’s a delivery requirement for several studios who release a lot of content that can look and sound better than their competition. This, in turn, pushes the industry forward to higher standards for picture and sound, and leads the way for other studios to follow.

The Dolby Atmos format gives us a larger number of better quality surround speakers to use in whatever creative ways we choose. It allows us to have more detailed panning and a wider frequency response, which means we also need to have the right tools to take advantage of the new creative potential. NUGEN Audio is one of many brands to offer solutions for mixing in Dolby Atmos. The company continually comes out with plugins that, once incorporated into your workflow and templates, you can’t work without.

“Given the additional workload of an Atmos mix, it’s vital that everyone is on the same page with deliverables, number of stems and objects, mixing templates, and plugins”

For example, studios require that the deliverables have an average loudness level along with a maximum True Peak level. We must be able to accurately measure those numbers and do it in a time efficient way. With NUGEN’s VisLM, I can measure the audio in real-time, as I mix, or offline if a file has been printed. It’s as simple as choosing a preset and measuring. For a show on Netflix (and Apple’s forthcoming streaming service, which uses similar specs), there are two loudness numbers that are important to hit, True Peak and LKFS. NUGEN’s VisLM has an instant overview along with detailed historical information, as well as logging and time-code functions, which not only means that I meet the Netflix specs, but I can go back and show it for QC purposes.

Additionally, composed music is primarily delivered to the mix stage as stereo or 5.1 stems. As the re-recording mixer, we need to upmix the music to 7.1 or Atmos, which can be easily accomplished with NUGEN’s Halo Upmix. With music, every cue or song sounds different and will upmix differently. Having a lot of control to adjust each song, or parts of it, can make the difference between an okay-sounding Atmos mix and a great-sounding Atmos mix. NUGEN’s Halo Upmix is so important in this process that I use it on every mix.

If you want to be competitive in the current industry, you need to be able to mix in any format and handle large track counts. With Atmos, which has up to 128 channels plus re-renders, a Pro Tools recorder session can get quite big. Additionally, we need to create 5.1 and stereo mixes (sometimes 7.1 as well) to ensure that users are listening to a high-quality mix, regardless of the format and device from which they are consuming the media. As a result, there’s more setup and time needed to complete the deliverables.

Given the additional workload of an Atmos mix, it’s vital that everyone is on the same page with deliverables, number of stems and objects, mixing templates, and plugins. This includes the client as well as the sound facility and engineering, sound editing and mixing teams. Having an open line of communication and an organised system can help simplify a rather complex setup and show.

For anyone looking to get into audio post-production mixing, you need to take the time to learn the ins and outs of Dolby Atmos. Not only should you know how it works, how to set it up and how to use it in creative ways, but you also need to become proficient in the tools and how to use them. With most companies, like NUGEN, you can demo the plugins for a period to try them out and see if they work for you. There are also online manuals and product videos demonstrating how the products are used.

Having technology enhance the entertainment experience on both the production side and consumer side is a win/win for everyone. Our job as storytellers allows us to be on both sides of the coin – creating content that is entertaining and engaging while also enjoying it when we leave work. Happy mixing!

Tom Marks is a LA-based mixer for film, TV and music, and a member of the Cinema Audio Society.