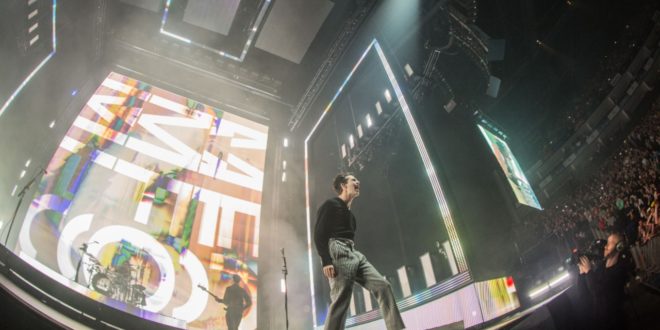 British pop-rock band The 1975’s two-year world tour, ‘A Brief Inquiry Into Online Relationships’, is one of the first to take d&b audiotechnik’s KSL System out on the road.

Rental house Eighth Day Sound has worked with The 1975 for their past two album cycles. As early adopters of new d&b technology, they collaborated with Jay Rigby – FOH engineer for The 1975 – to specify the KSL System for this tour.

“Musically, this band is very eclectic, so you really need a sound system that covers all of those genres and styles,” said Rigby. “[Lead singer] Matty Healy and drummer George Daniel produce their own albums – they know exactly how they should sound live and they have the technical expertise to communicate that effectively.

“One really interesting thing with the KSL,” added Rigby, “is that the vocal range is just incredible – that crossover point between the mid and the high is so smooth; you don’t really hear any horn distortion and the voice is just so smooth all the way through. The fans want to hear every word that Matty is saying and KSL has made it so much easier for every seat in the house to hear just that.”

Whether playing smaller venues such as The Brighton Centre (4,500 capacity) or large arenas such as London’s O2 (20,000 capacity), the striking, art-installation-like set design by conceptual designer Tobias Rylander scales accordingly, and sound follows suit. “We bounce into different sized venues on an almost daily basis and KSL sounds great in all of them,” said Rigby.

Faced with such variety, Eighth Day Sound’s system engineer Dan Bluhm utilises d&b ArrayCalc and R1 control software to plan, implement and optimise the sound for each venue. “The d&b eco-system drives my day. From starting with ArrayCalc prediction software for room measurement and determining speaker angles. Then transitioning into the R1 control system. This allows me to perform system checks and array verification while the system is still at a working height. We’re able to check all the components in the boxes, make sure that everything is functioning, and cabled correctly before sending it up. We have found the KSL to be very easy and fast to hang. Our two fly guys are hanging the arrays within a matter of hours from shooting the room.” 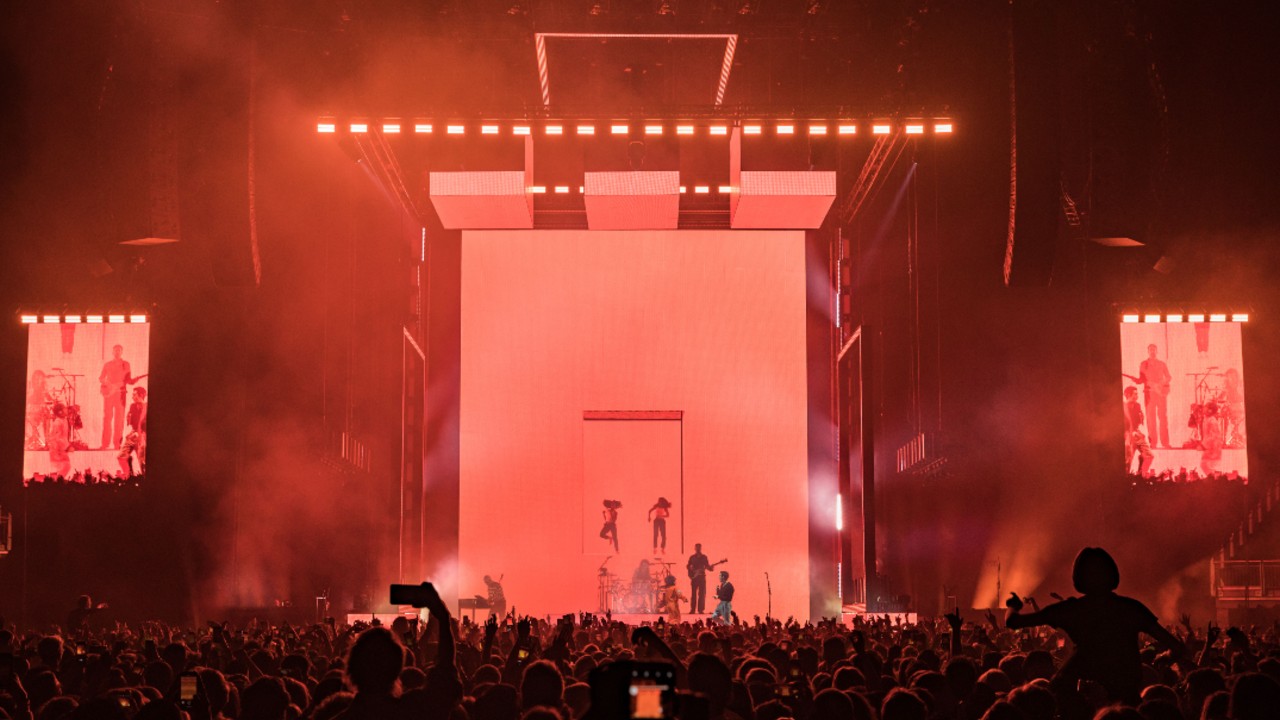 Monitor engineer Francois Pare also feels the benefit of KSL: “The rejection on stage is pretty spectacular – it makes my job so much easier. I’m not fighting the PA as much as with other sound systems, which is kind of nice for the band. Any band likes clarity, it’s super important. Again, the rejection keeps the stage down, so it is easier to be clear with mixes.”

Rigby concurred: “The overall clarity we’re getting with KSL, I kind of relate to television, when you’re used to watching standard definition and the first time you watch in HD there’s this wow factor, where you never knew it could look or sound so clear. I’m now hearing parts in certain instruments that I never heard before, almost to the point where I’m going to the backline guys to ask if it was there last time. There’s detail and clarity that we didn’t have before.”