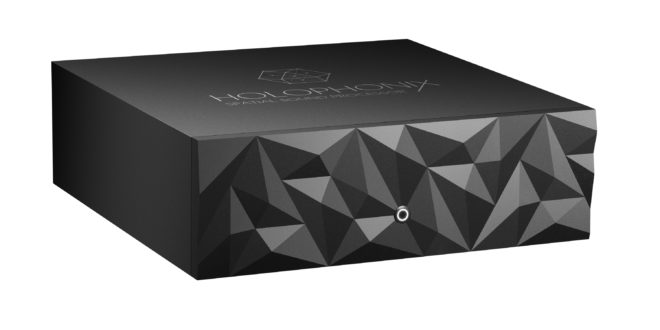 The HOLOPHONIX system was an ambitious project for Amadeus. It brings together several spatialisation techniques, including Wave Field Synthesis, High-Order Ambisonics, Distance-Based Amplitude Panning, and more – enabling intuitive placement and movement of sources in a 2D and/or 3D space.

The hardware is an audio server with keyboard, mouse and monitor connectors, and is operated via a web browser graphic interface. The HOLOPHONIX Controller application is compatible with all devices operating systems with a web browser, including iOS, MacOS, Windows, and Android-based environments. It offers a three-dimensional visualisation of the venue, easing live monitoring and user interaction with all sound objects, speakers, and other various parameters. Regular 2D venue drawings can also be imported into the GUI and shown as axonometric projections; appearing to be rotated to show all three dimensions. 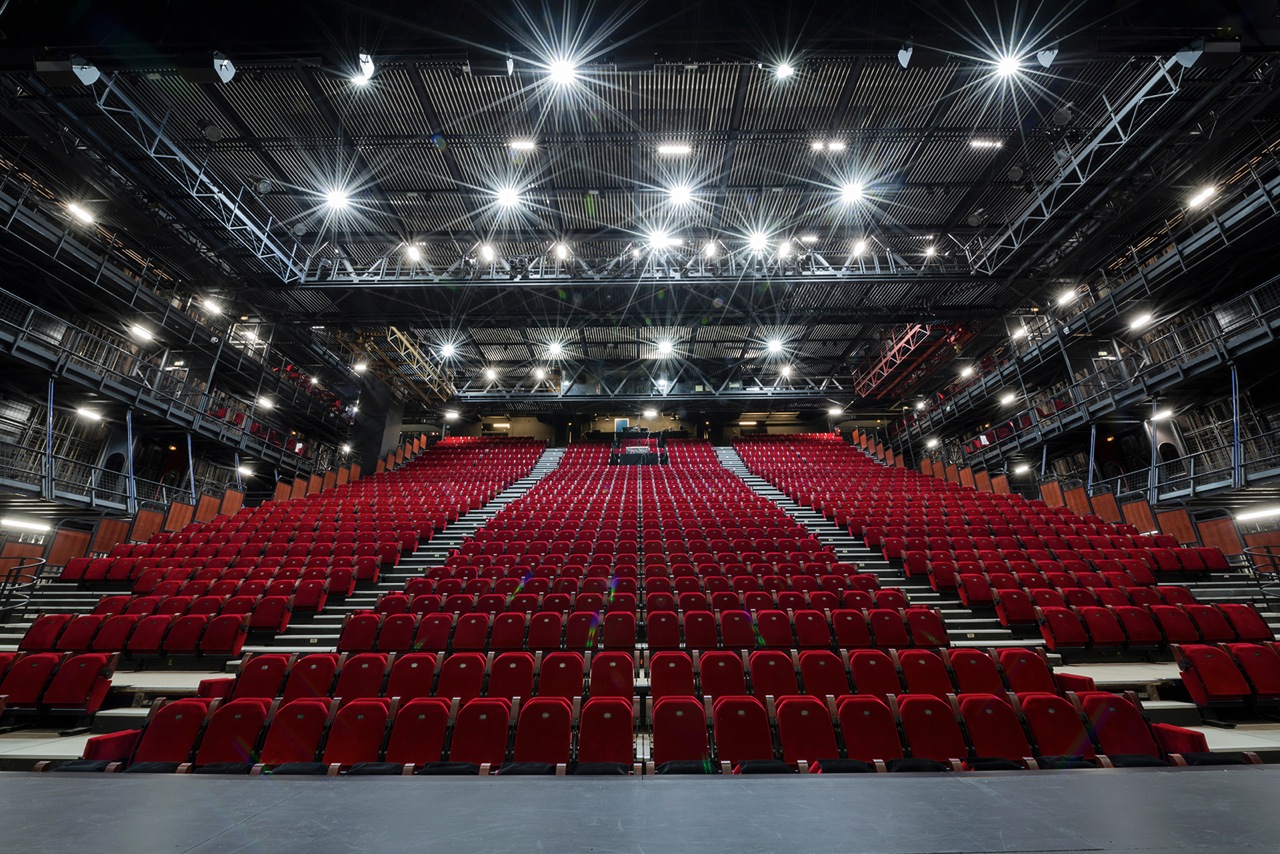 HOLOPHONIX is OSC-compatible, Dante-compatible, and can also be configured on request for MADI, RAVENNA, or AES67 formats. The input/output matrix of the HOLOPHONIX processor allows the user to choose the rendering mode for each of the incoming channels. It natively handles 128 inputs and 128 outputs in 24-bit/96kHz resolution, but can be extended to 256 or 384 inputs and outputs.

The HOLOPHONIX signal path is based on five elementary objects: physical inputs, virtual sources positioned in space on-screen, spatialisation buses using their own algorithms, direct routings to send signals to amplifier channels, and loudspeakers (spatial position is precisely documented in the software).

To create a HOLOPHONIX session, the first step is to position the speakers in the graphical interface, exactly as they are placed in the room. Virtual objects (sources) must be created, each assigned to a physical (Dante) input and sent to spatialisation buses (up to six for each source), then output buses are affected to physical output channels. 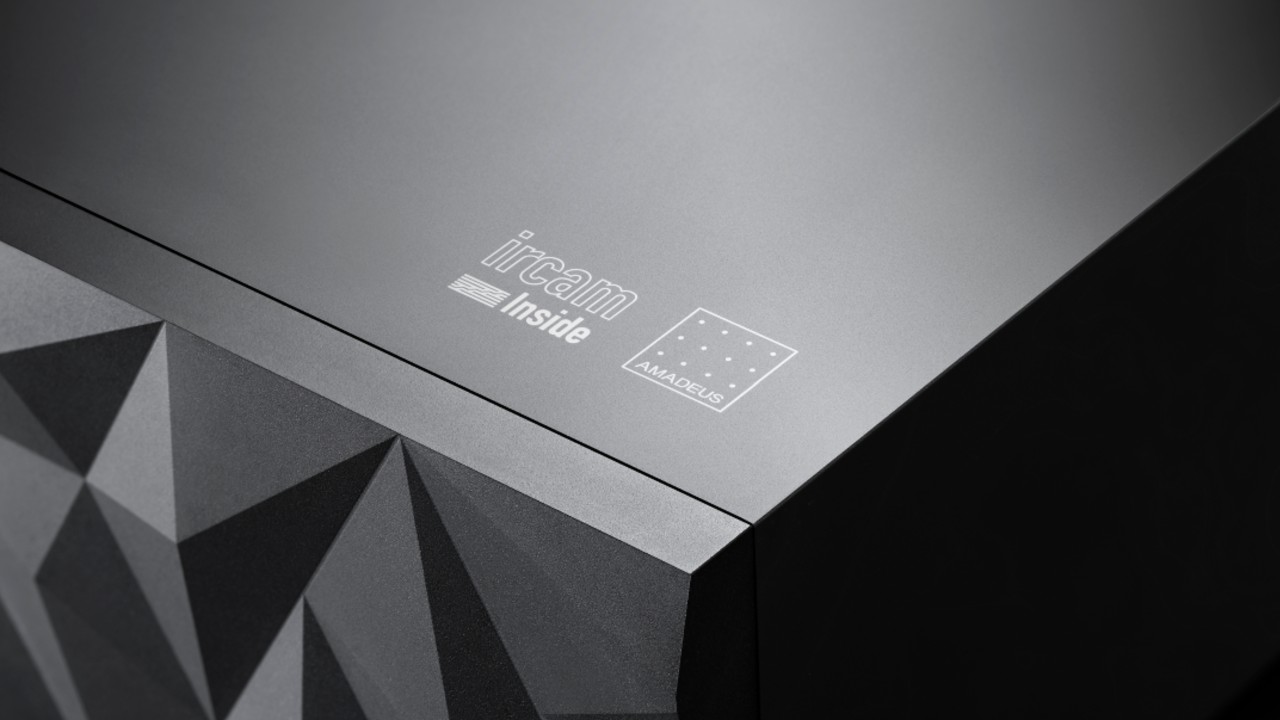 The user can automatically spread multiple objects on a surface, customise an object’s appearance, and manipulate speakers on-screen to optimise their placement according to the selected spatialisation algorithm etc. A binaural rendering algorithm is available to help engineers and producers prepare their production using a conventional pair of headphones, giving them the experience of a full 3D image of their mix, and to design sound object trajectories. The processor also includes around 100 head-related transfer functions (HRTF), available in the SOFA file format.

In 2015, he was hired permanently as a sound department manager by Théâtre de Chaillot, hosting two halls: Jean Vilar and Firmin Gémier. When Piéra arrived, the sound system installed in Jean Vilar hall (50 x 50 x 20 m, 1270 seats, almost no acoustic treatment) was pretty limited: two speakers suspended above the stage, two others in bleachers. Part of his mission was to install a new modern audio system in the place, which hosts more and more contemporary dance shows and less ‘regular’ theatre plays. The new consoles are SSL L200/L300, and Dante networks have been implemented in the two halls.

In Jean Vilar hall, Piéra began thinking about line arrays, but he found out 22 speakers were needed by side to cover the whole audience, and the sweet spot problem remained. He then thought about WFS, trying a system composed of Amadeus speakers and a Sonic Emotion processor. “It was pretty good, but there was a problem in the first rows, stereo was too large. Then Amadeus had the idea to implement a sort of giant soundbar on the stage edge, with PMX 4-derived speakers. This was much better, even if nothing was optimised yet, and we definitely chose to go the WFS way,” said Piéra.

As things went by, trying to optimise his system while adding speakers, Piéra was disappointed by the Sonic Emotion processor’s slow evolution. As he can write software, he even considered creating a WFS open-source system from scratch. Amadeus people liked the idea, and soon after, they launched the HOLOPHONIX project, based from the beginning on multiple algorithms. “This was a good idea, as WFS excels in extended sweet spot, but is not adapted for quick sound source movements – a domain where HOA is interesting,” Piéra added.

Progressively, Piéra implemented a real immersive system, with Dante networking and Powersoft amplifiers: eight speakers at the rear, a first Surround line following bleachers (10 speakers by side), then a second Surround line with seven speakers by side, plus ceiling speakers, 11 in-fill speakers and the stage ‘soundbar’. “In all, there will be 126 Amadeus speakers in the hall, mainly C15, C12, C10s, plus three MAESTRO subs by side,” he revealed. By the way, C15 speakers were developed specifically by Amadeus for Firmin Gémier hall (not a HOLOPHONIX configuration yet), then made available commercially.

The HOLOPHONIX system has been operational since December 2018. This summer, Piéra supervised the installation of ceiling speakers, and he’d like to integrate his TTA voice tracking system with the HOLOPHONIX processor, as OSC compatibility is now available. The system is now complete, and the results are impressive: sound comes from nowhere, with an excellent presence and ambience, and even if in-fill speakers are needed in some places, not included in the immersive system, audiences enjoy being at the heart of the sound in an extended sweet spot – even if production sound designers are still shy using the possibilities of the system.