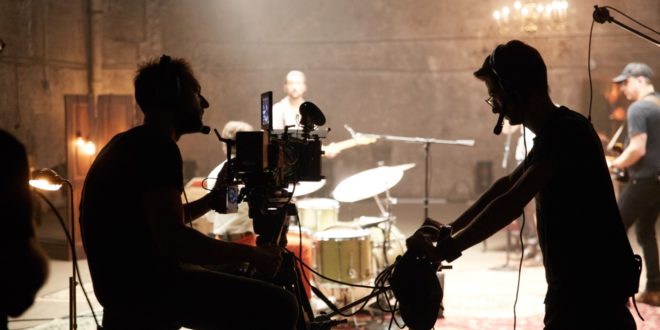 Adorama has announced a new AdoramaTV episodic series called Beyond the Sound.

Featuring nine videos released on a weekly basis, Beyond the Sound highlights the behind-the-scenes technical aspects of shooting a high-quality music video. Each episode is dedicated to one particular element of production, such as microphones, cameras, audio mixing, and more.

The first Beyond the Sound episode shows viewers how to capture the best sound possible utilising a variety of microphones in the studio, through first-hand commentary by the professionals bringing the music video to life.

“Music fans love watching their favorite artist’s music videos, but few have never seen all that goes into bringing a video to life,” said Mary-Irene Marek, director of content and social media for Adorama. “AdoramaTV is pulling the curtain back on this process through an original production called Beyond the Sound. We’re excited to bring viewers behind-the-scenes and show the detailed elements of shooting and producing a video, from audio and lighting to directing and editing.”

Beyond the Sound will air exclusively on AdoramaTV, alongside weekly releases of featured music videos from highlighted artists Buke and Gase, Eden James and Taali.