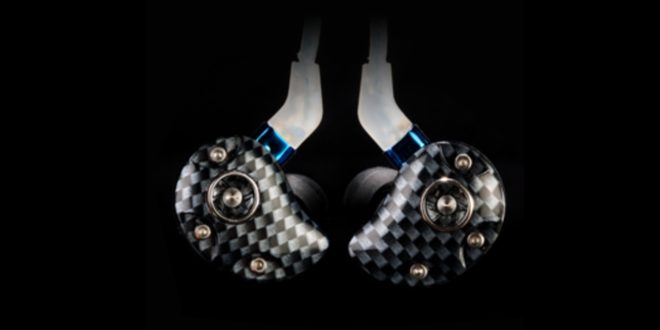 Stealth Sonics is a company founded by a group of audiologists, engineers and musicians almost 10 years ago in Singapore and has been serving the audio needs of musicians, audio professionals, audiophiles and patients in South East Asia ever since. Having established themselves in that market their stated aim is to bring their knowledge and expertise in precision tuned in-ear monitors (IEMs) to the whole world, which is how I came to hear about them. Their approach is unique insofar as they combine innovations in the medical, music, acoustics and aerospace fields to create IEMs that not only strive to produce the highest sonic accuracy but also afford hearing protection and reduce aural fatigue.

They offer two main product ranges, Universal and Custom, the former being off the shelf generic IEMs and the latter being custom moulded. Both lines come in two, four and nine driver varieties and it was the custom moulded nine-driver model, the C9, that I got to grips with.

The process involved the usual visit to an audiologist to get impressions taken (with exacting requirements to include the full helix and to go beyond the 2nd bend of the ear canal) which were then sent off to Singapore. They offer an impressive range of colours for the shells, including the usual glitter options and for the faceplates there is much to choose from including metallic, glitter, various patterns and wood effects. I know a lot of people like to choose different colours for each IEM to help differentiate which one goes where but for those who like to have matching IEMs they offer the option to put your name on the inside of the shell in different colours (typically red for right and blue for left) which is not seen once they’re inserted. This is a nice touch and as someone who’s worked with live acts using a high number of IEMs, having the names written on them is a fantastic idea.

The science behind the IEMs is explained in detail on their website using a range of trademarked titles which emphasise the use of precision techniques and proprietary technology.

For instance, Iso-Stealth refers to the fact that they work with an international network of approved audiologists to ensure the ear canal impressions are precise enough to position the IEM as close to the eardrum as possible, enabling consistent sound at lower SPLs with less ear cavity interference. SonicFLO Acoustics takes advantage of aerospace industry knowledge and fluid dynamics research to improve airflow performance as well as ensure optimum sound isolation in a range of environments (the custom IEMs claim isolation of -36dB). Stealth Damping employs extra large bores and venting features that preserve airflow while managing resonance to produce a tight low end without boominess. Stealth Kompozit refers to the composite material and medical grade lacquer which produces an IEM that is soft but resilient and rugged yet snug with a durable and water resistant fit, enabling them to be worn comfortably for long periods if need be. Then there’s the Klarity valve, which is a one way valve designed to release the pressure build up in the ears that occurs after long term use of IEMs which results in ear fatigue. Last but not least is the Ultra Hard Impact Shell which is designed to withstand pressures arising from accidental dropping and is backed up by a video of some IEMs being dropped from a great height (and surviving).

When I first popped them in I noticed the isolation is indeed good, comparable to a decent pair of memory foam ear plugs but without the rapid drop off in the top end, suggesting that even when unplugged they would function well as ear defenders.

My first test was to listen to pre-recorded material and I was instantly impressed by the clear and precise sound. The top end is crisp, the middle well balanced without being aggressive and the bottom end remarkably tight and precise. If anything they quickly revealed flaws in the listening material, not to mention the playback device so I switched from my phone to my Astell & Kern player and soon found myself seeking out recordings known for their high production values. I ended up listening to the 24 bit 96kHz uncompressed WAV files that I use for critical reference listening and it was only then that I fully appreciated the sheer clarity and precision of the sound.

I next listened to live instruments in a gig setting and the sound was as consistently good as I expected it to be; on a wireless connection it revealed the limitations of FM transmission a bit too readily but that’s not really the sort of thing most people would notice. At one point I turned them up as loud as I was prepared to go – the quality remained consistent and didn’t even start to break up in any way. Overall the sound is superb with very little colouration, the frequency response is impressively flat at all volume levels and the balance is nicely even. They present the audio without adding anything and as such they act as excellent reference monitors.

The two most common uses of high end in-ear monitors are critical listening to recorded material (usually during the recording process) or for on-stage monitoring of live performances. I would say that the C9s perform better in the former role than the latter – the flat response, clarity across the frequency spectrum and crisp bottom end make them excellent in this role. When I spoke to Raj at Stealth Sonics he confirmed that the nine-driver model is more flat and designed for engineers and studio work whereas the four-driver model is aimed at musicians who want a more “punchy” sound.

This is not to say that the C9s are no good on the live stage; in many ways they’re superior to most of the alternatives out there but some people may prefer something a little bit “warmer”. I would certainly be happy using them in both environments as they’re superior to any other IEMs I’ve tried.

Previous Voice tech is the future, but it faces challenges
Next QSC adds new active subwoofer to KS Series Family