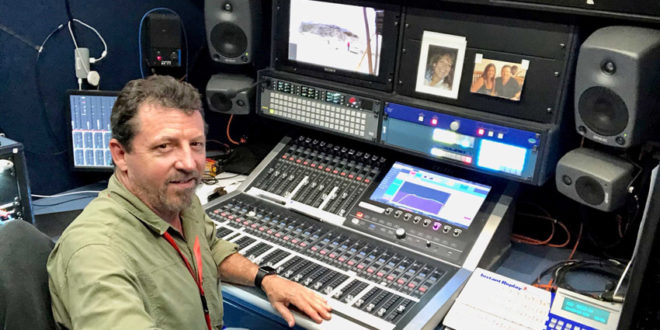 Mark L. Butler, owner of Majestic Sound Productions, Inc., knew he was in for quite a challenge when he agreed to go to the middle of Egypt and open a sarcophagus on a live TV broadcast to 100 countries. The live Discovery Channel event aimed to showcase one of the biggest archaeological finds in 15 years and was co-hosted by real-life Indiana Jones, Dr. Zahi Hawass, former Minister of State for Antiquities Affairs for Egypt. For live audio mixing, Butler turned to Calrec’s Brio36 compact digital broadcast audio console.

Throughout the production, Butler relied heavily on the Brio, which stood up to the harsh Egyptian environment. “Being in the middle of the desert made for a lot of logistical issues and problems,” explained Butler. “We dealt with sandstorms, rain, high winds, and even poisonous cobras and desert vipers, but the Calrec Brio offered the perfect amount of ruggedness to get the job done.”

Though Butler worked mostly from the production truck during the live portion of the event, he also explored the tombs during the pre-taped segments and while planning out the production. “We climbed down 30-foot ladders and then had to crawl through tunnels and climb over sarcophaguses,” he said. “In one tomb, we had to make our way through a 40-foot-long tunnel, all the while trying to avoid stepping on 3,000-year-old skeletons and artifacts, in order to set up our RF system. We were not allowed to bring in any antennas or source the RF gear from outside the country, which proved to be the biggest challenge of the shoot. We were using a lot of mismatched RF gear to connect the talent to multiple receivers.” 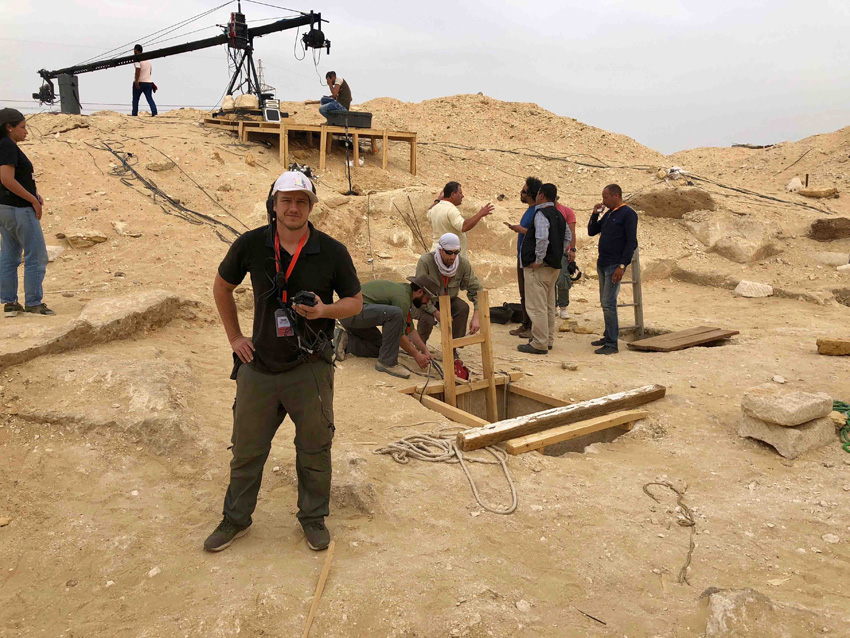 Fortunately for Butler, he had a brand new video truck and Calrec Brio to work with. “I generally work on Calrec’s Apollo or Artemis, so this was my first show on the Brio,” he added. “The learning curve was pretty easy and soon I was navigating as though I work on it all the time. There is so much power in such a compact package, and I loved being able to ‘draw’ EQ on the screen. Before the Brio, smaller trucks wouldn’t necessarily have the budget or the space for a larger Calrec, so the Brio really fills a missing piece in the mobile audio puzzle.”

“This is literally one of the most intense productions we’ve ever seen, and we’re glad that Calrec was part of such an historic event,” said Helen Carr, Regional Sales Manager, Calrec. “Mark was mixing on a Brio in incredibly inhospitable conditions, so this is a great example of how portable, lightweight, powerful and rugged the Brio console truly is.”