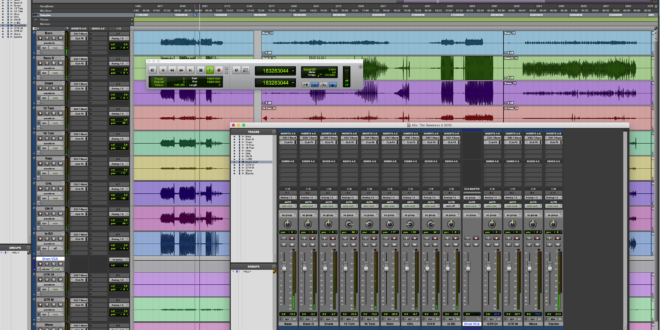 A few months ago, I resurrected a 1989 Digidesign Sound Tools system. This piece of audio technology history consisted of a piece of audio hardware coupled to the Sound Designer II software, which allowed the user to perform the almost unheard-of manipulation and editing of digital recordings at CD quality via hard disk streaming. The software under review here, Avid Pro Tools 2019, is the thirty-year anniversary great-grandchild of that venerable system.

Pro Tools itself has been part of the audio establishment since 1991 and the fact that it continues to earn the epithet ‘industry standard’ is testament to the software’s features and stability and, if you work in any kind of professional capacity, you will be using Pro Tools somewhere along the line.

One of the things that has helped Pro Tools maintain this position is that updates to the programme have been incremental. Avid don’t throw in dozens of untested new features in each update, but develop the program slowly over time – though there have been one or two major upheavals, including the move to ‘native’ processing. This can prove frustrating for users, but it does mean that you can reliably use Pro Tools in the most demanding of situations without worrying if it will fall over – imagine having to debug some problem or other with a radical new feature at the dubbing stage of a major motion picture days from release.

Avid has changed nomenclature for their software updates, so we now have a date rather than a version number – 12 was the last of those. While this does make sense as Avid have moved to a subscription system, it does mean for those who like to keep their software around for a while (the ‘perpetual’ purchase option) the new naming system is a constant reminder how out of date your software is! But it does also mean that it is much more likely that users will keep Pro Tools up to date, which can only streamline support and release resources for development of the software itself. 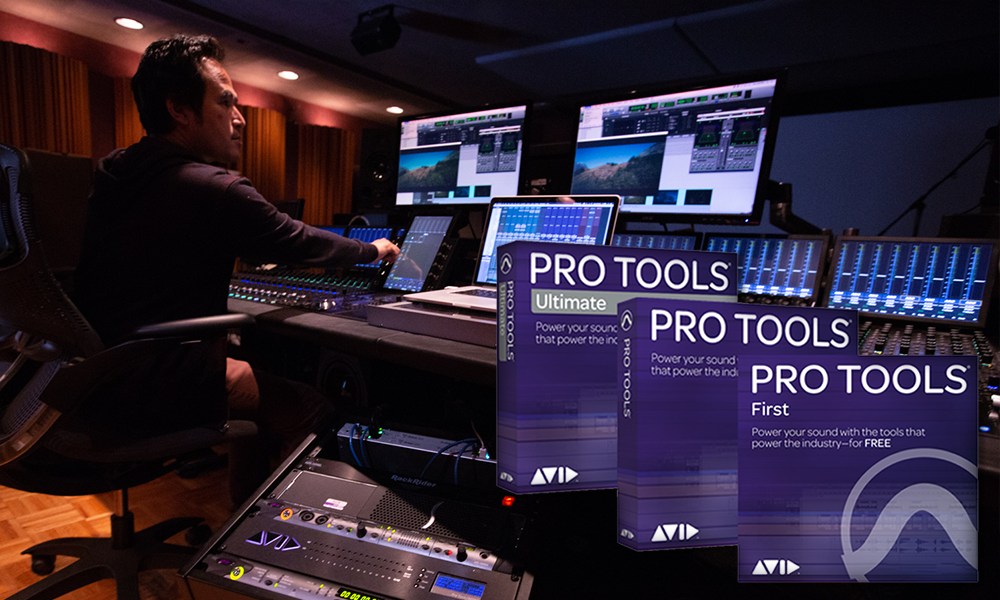 Pro Tools is available in several flavours to suit budgets and applications. The free Pro Tools | First allows new users to see what all the fuss is about; Pro Tools offers the industry-standard program and Pro Tools | Ultimate unlocks the most advanced tools. The latter, as you may expect, offers more audio, MIDI, Aux, Video and Instrument tracks and more inputs. You also get more extra content, such as extra plugins and sounds, and access to immersive audio mixing capabilities like Dolby Atmos and Ambisonics. Which version you choose depends upon your application and the attached audio hardware you have, but both can record audio at up to 192 kHz with 32-bit dynamic range resolution. You’ll need an iLok account to authorise Pro Tools, but you can use the former’s cloud feature, so you don’t require an iLok dongle (to potentially lose!) and use the software.

There have been some changes since the 2018 version – reviewed in AMI in April 2018 – and version 2019 now supports up to 1024 MIDI tracks. It once looked, with the move to In the Box (ITB) workflows that MIDI as an independent protocol via the 5-pin DIN socket was on the way out. However, the move to USB over MIDI and the resurgence in MIDI controlled hardware instruments and processors – not to mention controllers and complex orchestral libraries that require MIDI control – has meant that the venerable protocol has one again taken centre stage in audio production duties, so this increase will be welcomed by soundtrack composers and musicians. As is usual, the number of audio tracks available decreases as the sample rate increases, but 128 and 384 tracks at 48kHz and 32 and 96 at 192kHz for Pro Tools and Pro Tools | Ultimate respectively should prove adequate for most audio duties. If you require more audio tracks, you can upgrade the voice counts of Pro Tools | Ultimate at extra cost or move to Pro Tools | HDX with its associated hardware.

One of the most important issues for us Mac users is that Pro Tools 2019 is now Mojave compatible. For those not used to the Pro Tools way of doing things you may be wondering why Avid has taken so long to support an operating system that is just about to be superseded by Catalina. But Avid know their market well and professional composers and dubbing engineers rarely live on the cutting edge, technology-wise, with system stability a more important criterion than being ‘first’. This compatibility is welcome however and Pro Tools 2018 was very stable on my ageing Mac Pro as well as feeling significantly snappier and more effective of resource use.

The ‘basic’ Pro Tools now supports Avid’s well respected Heat ‘analog’ emulation plugin that was previously only available to Ultimate users. Although an extra cost option, Heat is often part of the reason many people say they prefer the ‘sound’ of Pro Tools-derived mixes, so it’s a welcome tool in the arsenal of non-Ultimate Tool-ists (as I’ve decided to call them). 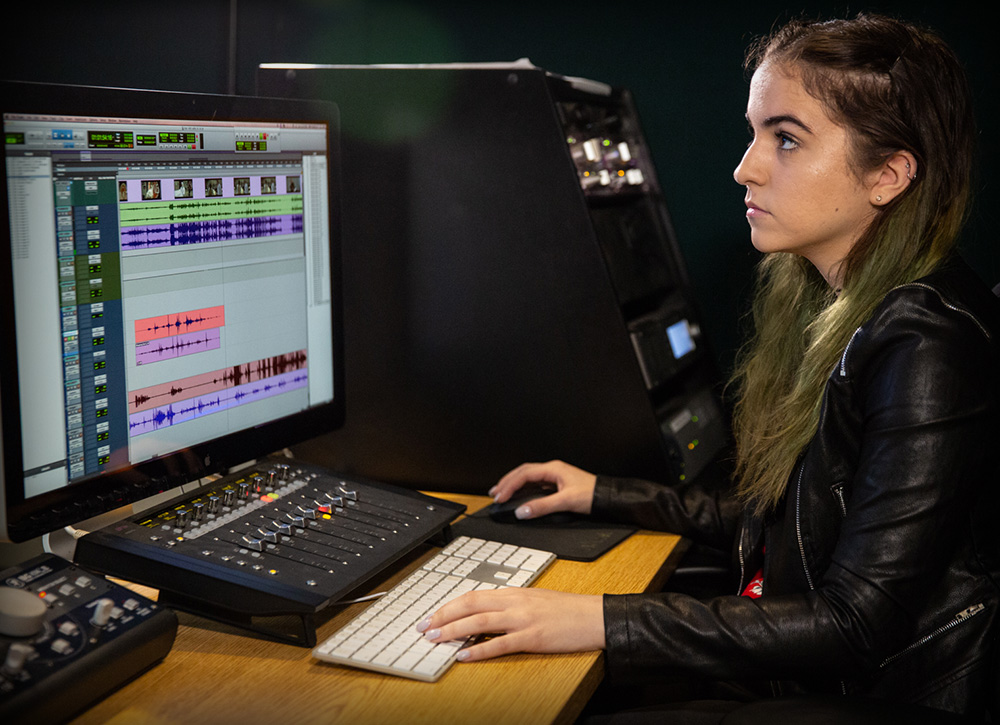 There have been a lot of ‘tweaks’ to Pro Tools 2019 that, depending on your application, will be either game-changing or relatively unimportant. Simple things, like improving the ease in which Tracks can be named, can improve workflow no end, so it’s good to see that Avid has addressed this in the latest upgrade. HD Native is now Thunderbolt compatible on Windows and you can adjust more features in real-time without any interruption of workflow. The Timeline can be adjusted without interrupting playback or external MIDI device data streams and creating new Tracks, modifying sends and inserts no longer impedes your workflow. Avid’s collaborative Link feature is now integrated into Pro Tools, as is support for network-based multi-seat site licensing. Improvements in performance have also been introduced for those working with HDX and HD native Pro Tools systems.

One of the reasons that Avid has moved to a subscription model is that they can roll out updates and bug-fixes more frequently and there has been quite a few since version 2018 was introduced. These include Track Presets to allow the user to save and recall configurations, MIDI chord analysis, integration of the previously optional MachineControl – for the control of hardware such as the Sony 9-pin, VideoMedia V-LAN, and non-linear video recorders/players – and various other optimisations and enhancements.

This incremental upgrade and update procedure will allow Avid to bring in new features in a stable and predictable fashion – though it does mean that it’s more difficult for the company to announce each version with a great fanfare! As for usage, Pro Tools was installed, work was done in the familiar Avid fashion, and without any crashes or other incidents that sometimes get in the way with new versions of software from rival DAWs. This is just as it should be.

We’ve come a long way since Digidesign’s first steps into the audio editing world, but Pro Tools is still at the top of its game and, with the HDX hardware, Avid is continuing a trend set so long ago by Sound Tools. For those on subscription, 2019 will be automatically delivered to your digital door. For the rest of us, it’s never too late to enter the reassuring world of Pro Tools.

SRP: From $249 per subscription