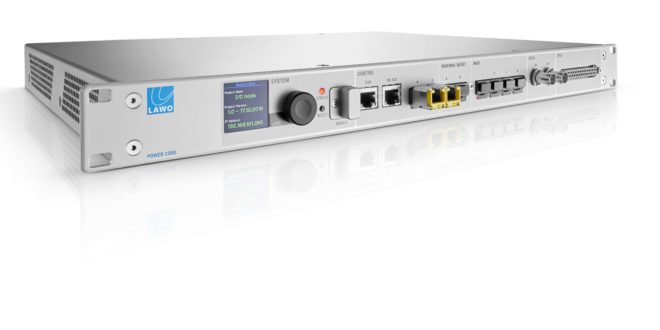 “With the Power Core MAX license pack, a single engine can be controlled by more than one mixing surface,” said Lawo Radio Marketing specialist Clark Novak. “Project managers are excited about the ability to support two, three, and sometimes even four mixing consoles. This makes Power Core MAX perfect for large multi-studio projects, but broadcasters with medium and smaller facilities can use it as the I/O gateway and mixing engine for an entire radio station! There’s nothing else like it.”

With Power Core, customers can choose from a number of license packages tailored to a variety of operational needs and price points. The new MAX package allows connection of as many as four independent Ruby mixing surfaces to a single Power Core engine.