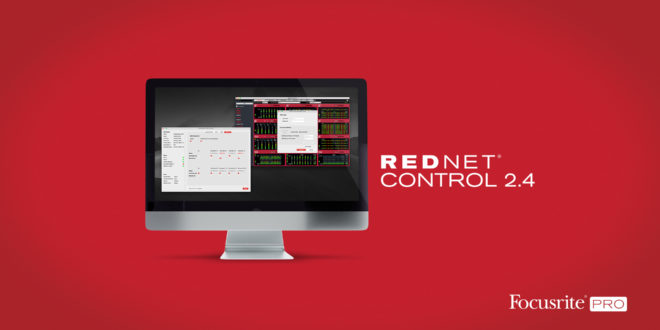 Specifically, RedNet Control 2.4 recognises the four distinct levels of system access granted within DDM: Site Administrator, Domain Administrator, Operator and Guest. As a result, users can be granted access only to the RedNet Control features necessary for their workflow. Those who just need to record audio from an existing subscription, for example, will not be able to make admin-level adjustments such as sample rate changes, or create new audio subscriptions.

Also new in RedNet Control 2.4 is AES3 Kill Switch control for RedNet D16 and RedNet D16R. Currently a RedNet D16R always sends information (a series of zeroes) on its AES3 outputs, making it impossible for downstream devices, such as amplifiers, to distinguish between “mute” and “fault” status. With the new Kill Switch feature, users can set channel pairs to automatically cut the AES3 transmission from the D16R in certain conditions, meaning that downstream devices can identify a failure and deal with it appropriately.

Another new feature in RedNet Control 2.4 is AES67 compatibility for RedNet X2P and RedNet AM2 Ultimo X interfaces. RedNet AM2 and RedNet X2P join RedNet and Red devices as AES67 compatible. This enables interoperability between Dante and different audio networking standards, including RAVENNA. The update also provides AES70 compatibility — the control and monitoring open standard for audio-over-IP devices — for RedNet interfaces.

With version 2.4, RedNet Control 2 can now identify and update specific devices that require a firmware upgrade, as opposed to upgrading all system devices en masse. Lastly, RedNet Control 2.4 can now run as a background application if needed, so MIDI control continues to function when the software window is closed.

RedNet Control 2.4 is now available for free download on Mac and PC via your Focusrite customer account if you have a registered Red or RedNet product, or from the links below. (Note that there is no PC compatibility for Red/Thunderbolt users.)