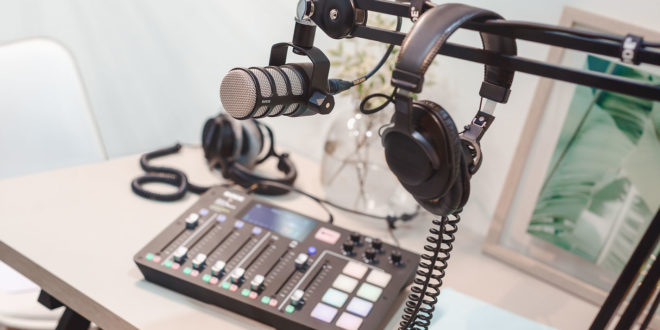 It’s a sad life I lead but occasionally I like to play a game where I list as many bits of hardware or software that were once cutting-edge but are now defunct. Remember the Netscape browser? Or AOL Mail with Joanna Lumley’s voice? Or how about the search engine Dogpile? Now you’re feeling old…

Until fairly recently, I’d have put podcasts in this category. When the first iPods hit the market in 2001, they were all the rage but with the emergence of better and faster streaming video, it looked like they’d had their day. But consider these facts from the UK’s regulator for the communications industry, Ofcom: the number of weekly podcast listeners has almost doubled in five years – from 3.2 million in 2013 to 5.9m in 2018. And the steepest growth is now among young adults aged 15 to 24, where one in five listens to a podcast every week.

No surprise then, that audio gear manufacturers are developing products aimed squarely at podcast producers. Leading the charge are RØDE, the Australian firm that has carved out quite a niche for itself among semi-pro audio and video types. Take their Rodecaster Pro: this is a combined mixer, playback unit and stereo recorder – hybrid of a small radio-type desk with an audio interface. 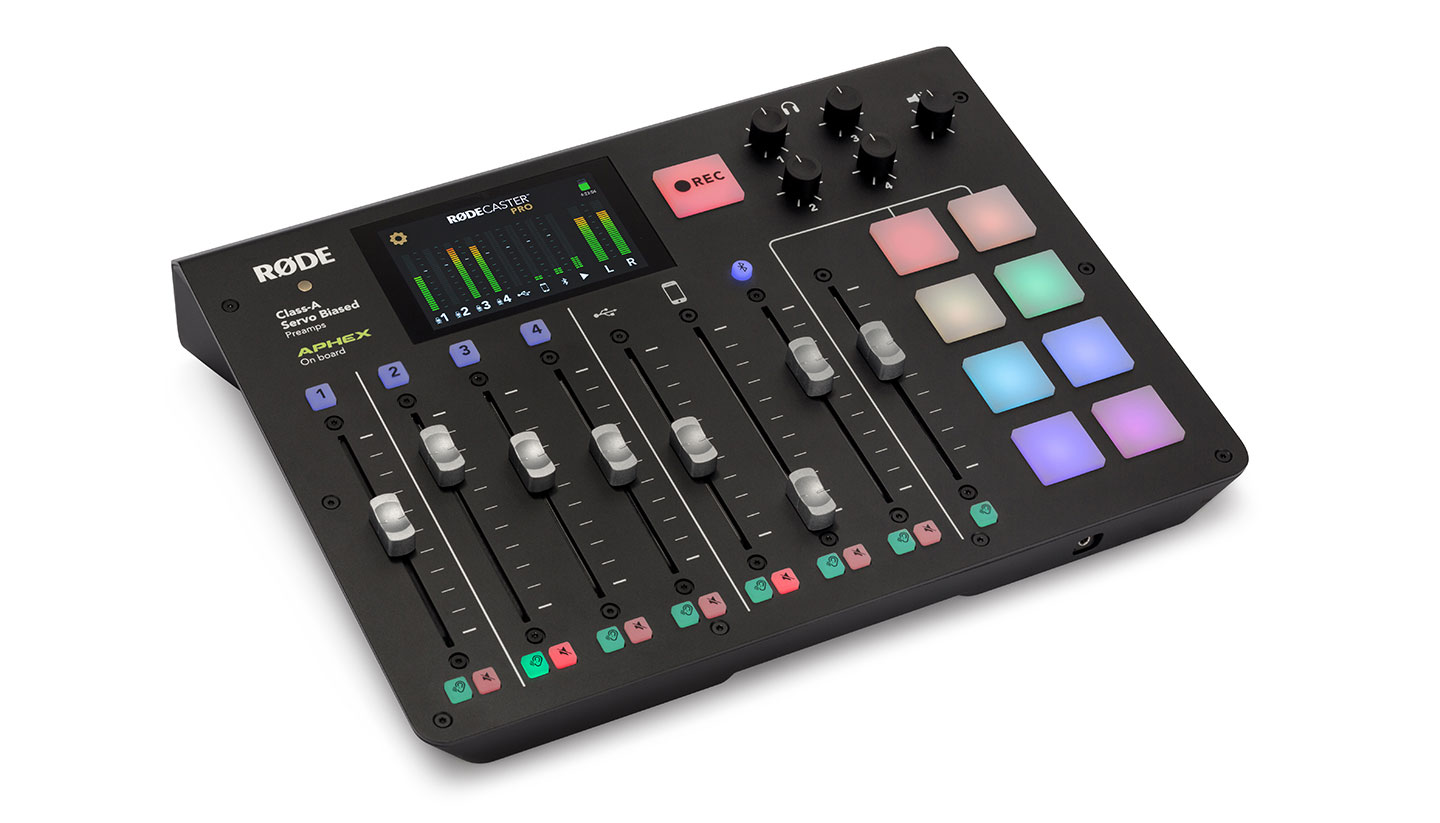 It has four mic channels, each with its own fader and XLR input, a pair of monitor outs and four headphone outs for contributors. It can also connect to a laptop and a mobile phone via cable connection or Bluetooth, allowing you to record phone or Skype interviews (when using a TRRS cable with the phone) or play in external audio. There’s a small raft of onboard effects for each channel, including a compressor and Aphex Aural Exciter. The unit has a colour LCD panel that displays settings for each mic channel, as well as level meters. The effects can be controlled here, even as you record.

If you want to use it as an all-in-one box, you can record to a micro SD card. Earlier this year RØDE updated the Rodecaster Pro software to allow multitrack recording in this mode, which adds an extra layer of flexibility. Alternatively, you can record externally to a laptop.

The Rodecaster Pro has another trick up its sleeve: the ability to play in audio clips or music via eight large buttons – like a playout system in a radio station. These come preset with comedy sound effects but you can load your own audio via a laptop. You could add music tracks or, thinking as a former radio newshound – even premixed packages. Just stab the rubbery coloured button and away it goes into the mix. You can change the playback mode of the pads via the RØDECaster companion app, or if you’ve downloaded the new 2.0 firmware, you can do this on-board. The new firmware also adds a handy new feature to the home screen – an icon that indicates how long the sound pads have until they stop. 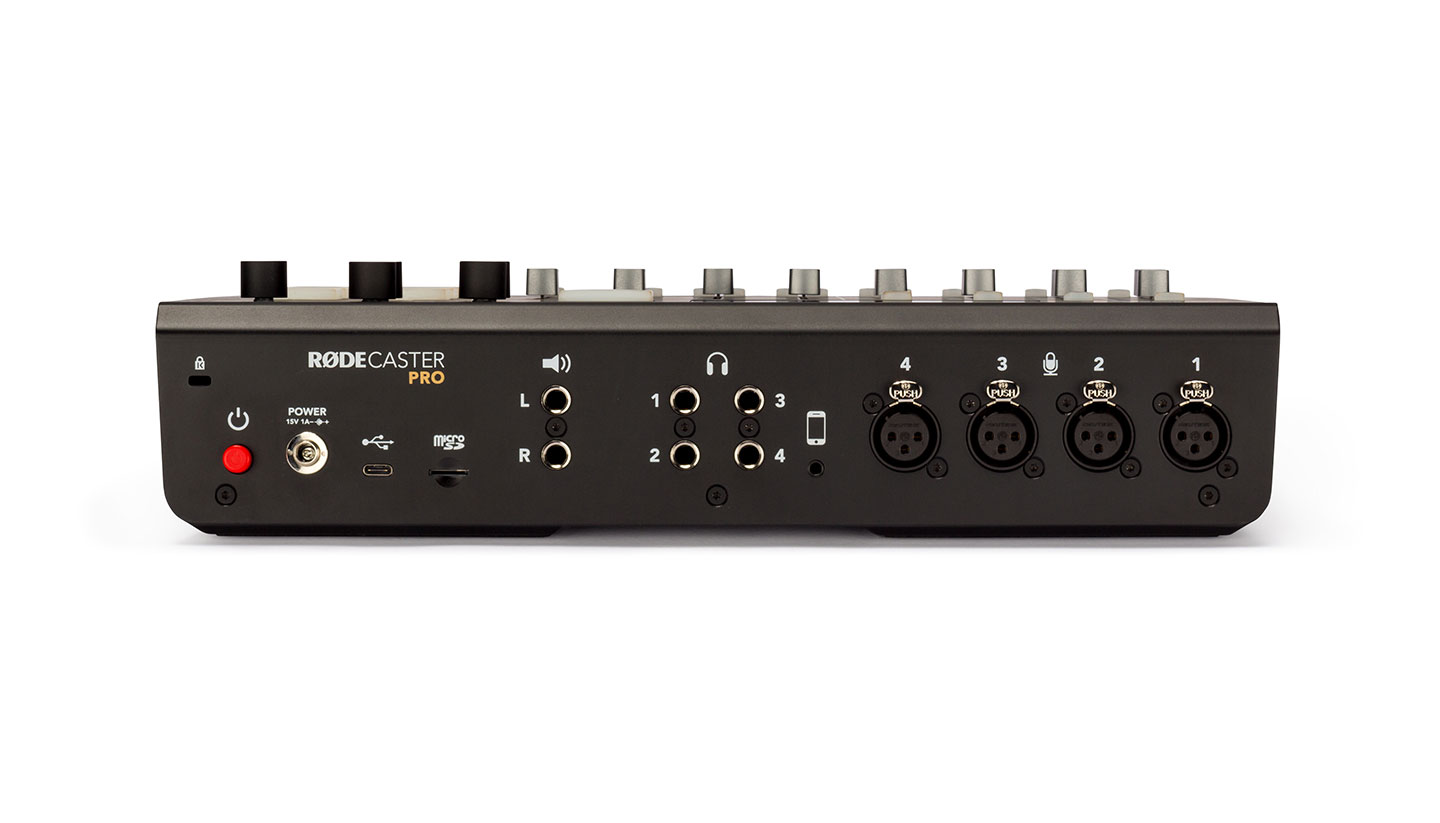 In use, it will feel familiar to anyone with any previous radio experience but still easy enough to adapt to for those without. The whole unit has a really solid feel to it, which is the norm for RØDE gear, and it earns the Pro tag.

RØDE are keen to market the Rodecaster alongside their PodMic – a dynamic studio mic with a cardioid pattern. The two are tailored to the point where the Rodecaster has a specific setting for the PodMic which, when selected, optimises the little console for the microphone.

It’s a hefty little beast, with an all metal construction, built-in swivelling bracket and built-in pop shield. I do think the designers have styled it to look like a “traditional” radio mic – in the sense of it’s what podcasters might expect to find in a radio studio. Think Hollywood depictions of talk show hosts and you’ll know what I mean. That’s not a problem because it looks good, performs just as well and the build quality is extremely high. 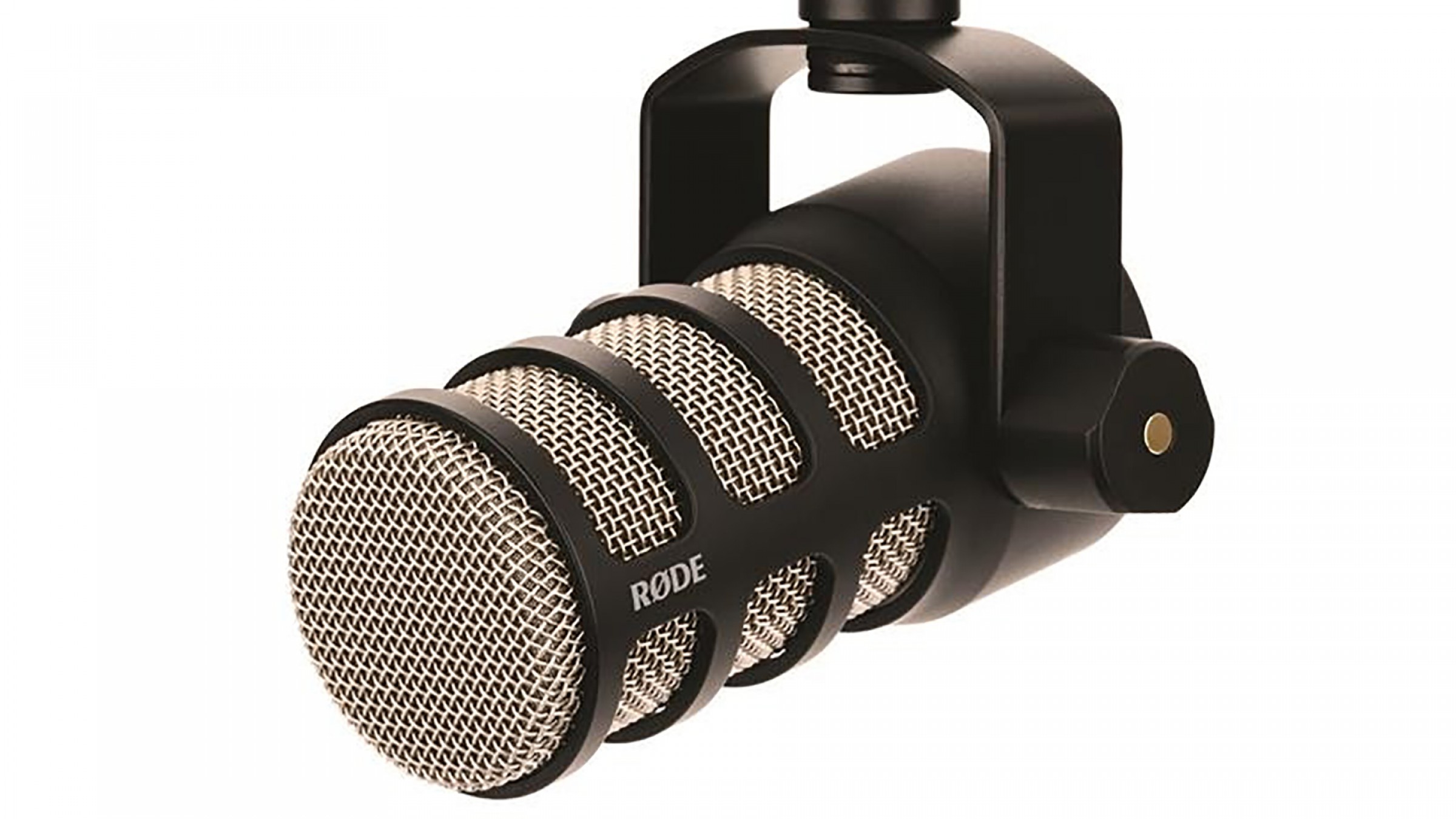 It is designed for one clear purpose (much like a radio studio mic) but that is also fine. The sound is deep and rich and well matched for the end use. It certainly suited my voice, but then I started in radio when we all carried razor blades in our pockets. I think anyone stepping up from a cheaper budget microphone will notice the difference immediately.

So, do the two items together work well and are they a good way to get set up for podcast production? I’d say that if you are a pure audio geek, there’s no need to switch from using your existing IO device and software. But if you want something that can do it all in one box, it’s certainly worth looking at. Obviously, cost is a factor but being able to play-in audio or jingles at the press of a button might be a real killer feature for some. I’d say it depends on the nature of the podcast – it definitely leans towards the “as-live” type of production. Either way, it’s got the usual RØDE quality and smart design, and could be just what people need to kickstart a successful podcast career.

– Designed as the ‘ultimate’ podcasting mic