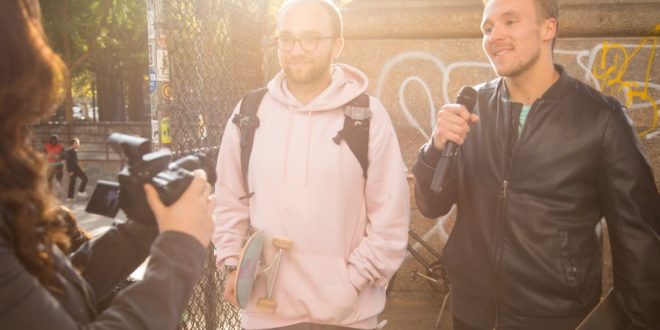 Sennheiser and Neumann will show a range of its solutions at IBC next month (stand 8 D.50).

Wireless microphone systems on the stand include the XSW-D, AVX, evolution wireless, and Digital 6000 and Digital 9000 systems. Wired on-camera microphones on show include the Sennheiser MKE series and Sennheiser’s industry-standard MKH 8060 and MKH 416 shotgun microphones as well as Neumann KMR 81 i and KMR 82 i.

Neumann’s debut NDH 20 headphones are joined by Sennheiser’s classic HD 25 as well as the HD/HMD 300 series headphones and headsets for the production studio and ENG work.

Neumann’s studio monitors on the other hand can be experienced in a stereo set-up in two configurations: two KH 80 DSP monitoring loudspeakers with a KH 750 DSP subwoofer, and two KH 310 monitoring speakers with a KH 750 DSP. Visitors can see both set-ups controlled by the Neumann.Control software. Neumann studio microphones on show include the BCM 104, KM 184, TLM 103 and the U 67.

In the AMBEO immersive audio area, two full end-to-end workflows for multi-channel and Ambisonics productions will be displayed. A particular highlight of this setup is the opportunity for visitors to create an audio mix for both workflows in VR – all via the immersive interface of dearVR SPATIAL CONNECT from Dear Reality.

Also on display is the prototype of the AMBEO Sports Microphone Array for capturing 360° audio.

Within the framework of the AMBEO for VR partnership program, Solid State Logic will show what a live immersive television mix recorded with the Sennheiser AMBEO VR Mic and various spot microphones can look like. Live workflow demos include decoding and mixing and will take place at the SSL stand (Hall 8, D.83) at 4pm every day.