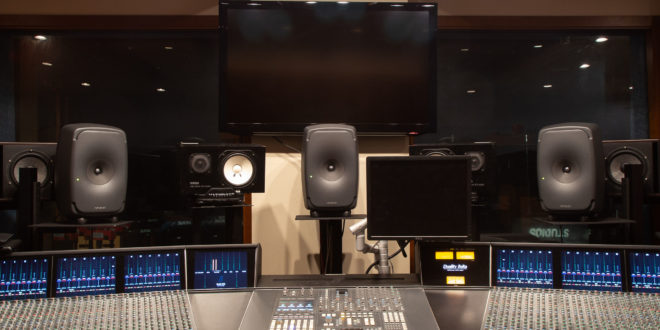 The Audio Technology Program at American University in Washington, D.C. is making use of the new Genelec monitors in its two main control rooms after they were installed there in the spring.

Anchored by a 2,200-square-foot, three-studio complex, the facility offers a main recording space with variable acoustics, a drum room with a removable floor to reveal six Foley pits, four isolation booths, and a machine room enabling interconnectivity through the entire studio complex. 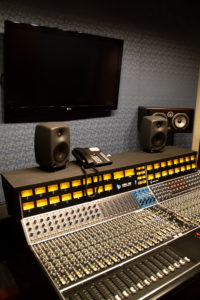 “It was time to update our monitoring, and we wanted a speaker that would be consistent throughout the studio complex,” explained Michael Harvey, program director, Audio Technology, Dept. of Performing Arts, at American University. “We wanted the mixes to be able to translate seamlessly between the two main control rooms. But just as importantly, we wanted our mixes and recordings to translate accurately everywhere else, too. We wanted speakers that would let our students become familiar with what leading engineers and producers use everyday. That is Genelec.”

Harvey said the two Genelec-equipped studios are of different sizes, but the two different Genelec speaker series they bought are both perfectly suited to each room’s dimensions and acoustics, yet also provide the brand and response consistency that they sought, so that as mixes and recordings move from studio to studio, students always hear a familiar tonality.

“We have one professor who adjuncts here when he’s not working with artists like Florence + The Machine and Shakira,” he added. “He teaches a master-level class here and recommended the Genelecs, saying that these are speakers he encounters when he’s working in professional studios. We made the right choice. The Genelecs hit all the right notes, room to room, facility to facility.”