Home / Highlight / Inside the world of audio tools with Synchro Arts 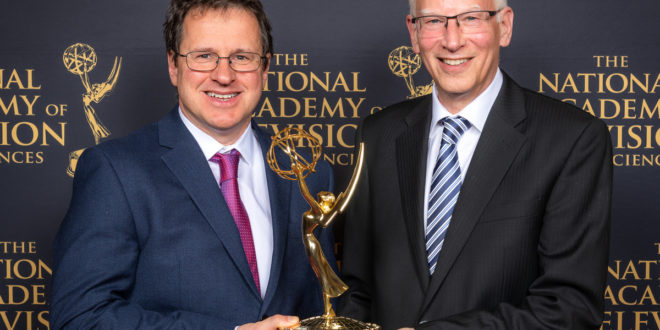 Jeff Bloom’s background weaves in and out of music and technology. While doing a Physics PhD at the University College Cardiff he started exploring psychoacoustics, which involved manipulating sound with very primitive computers. From here, he started thinking about digital recording studios and how to build one, engaging in conversations about how digital audio could be used in the film industry – especially in ADR – and coming up with algorithms. Together with a friend, he created a machine for lip syncing which they tried to sell to a number of big film studios, a task that proved tricky at the time.

Jeff went on to start developing other digital audio equipment, including early DAWs such as SoundStation. After a number of business conflicts, he left that company in 1994, and with the technology that he was able to take with him, founded Synchro Arts. The algorithms had to be rewritten, and Jeff met technical director John Ellwood around that time, who has also been with the company since.

By 1995, Synchro Arts was showing the first VocALign product at NAB and AES shows, and were one of the first Digidesign plugin partners. Initially aimed at the film industry, VocALign then started being used by music professionals for doubling vocals and tightening backing tracks. It was used on some big name albums from the likes of Steely Dan and Black Eyed Peas, as well as lip syncing on shows like Friends and Seinfeld and movies like Lord of the Rings and Harry Potter.

Around 2000, Jeff started revisiting some ideas about the consumer side of the industry, and came up with Revoice Studio. He showed it to Dreamworks who thought it might be useful on a bonus feature for Shrek. The deadline was tight but Jeff got a team together. The feature allowed users to record their own voice and lip sync it to the characters in the film, which ended up being a big hit. A year later, Jeff got a phone call from Dreamworks’ lawyers saying they were being sued for infringing some patented technology about image replacement. The lawsuit was eventually scrapped a number of years later, but at the time Jeff had to strip the company back and focus solely on the pro audio business.

Jeff was forced to think about what the company could do differently now, and started looking at how to transfer and align pitch effectively and in time. By 2004, Synchro Arts was back making web-based consumer products for correcting vocals.

He showed the technology to producer Tony Maserati in LA, who asked if it could be used professionally, and it turns out that the music industry needed it more than Jeff thought! From 2012, Synchro Arts started rolling out Revoice Pro, which essentially takes the timing and pitch of an in-tune voice and transfers that to one or more tracks, so that users can double and compress backing tracks using APT (audio performance transfer). With Revoice Pro’s pitch transfer, users can take the intonation pattern of a voice and transfer it onto a completely different person – essentially manipulating the inflection – which is especially useful for those doing voice overs in post production. By this time however, due to the rise in bedroom music producers, 80 per cent of the company’s business was in music and the other 20 per cent in post production.

The latest version of Revoice Pro, 4.1, is very flexible indeed. With the latest version, users can group tracks into one control panel and tweak and tune them as a group of processes simultaneously. It also streamlines workflows by automatically creating an output track, and is constantly getting smarter, easier and faster through a combination of DSP changes. At the time of interview, Jeff had recently been on a trip around the US to showcase these simplifications to professional users, including Grammy-winning recording engineer Darrell Thorp. During his time on the road, Jeff saw Revoice Pro being used for exactly what it was designed for: tightening up double tracks and backing vocals, and making double tracks where there wasn’t any to begin with. 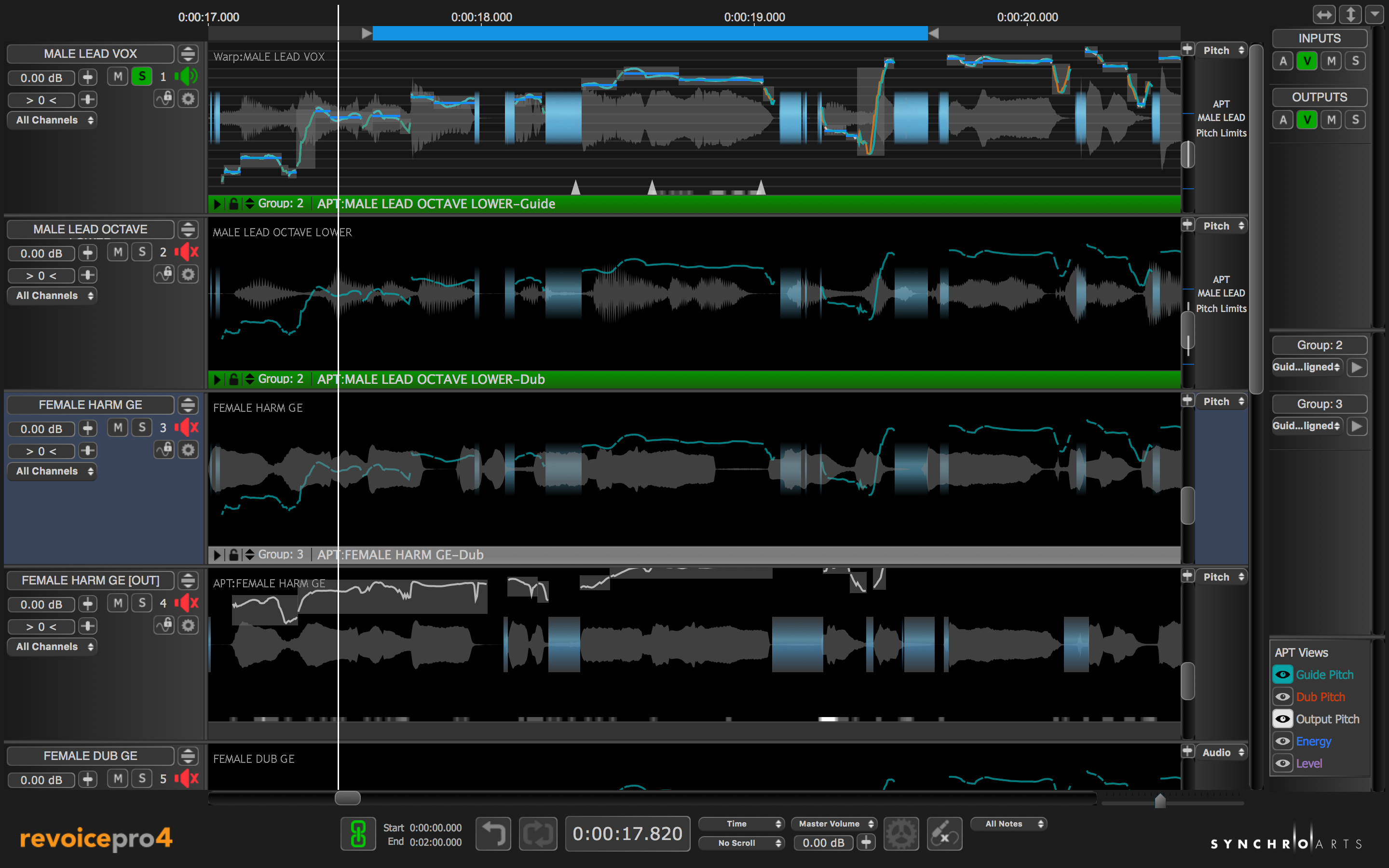 With the emergence of streaming services, there’s a big need for fast turnarounds and faster technology to help users carry out these really mundane jobs like lip syncing and lining up music tracks. On the consumer side however, Jeff believes the technology can be used effectively for language learning tools in the future.

Around a year ago, Jeff was contacted by the National Academy of Television Arts and Sciences (NATAS) about having a category at the Technical Emmy awards called Automatic Sound Conformation. He put forward one of the company’s older products, Titan, that had been around for 22 years. Titan was being used on a huge list of big TV shows including Game of Thrones, The Walking Dead and House of Cards, much to Jeff’s surprise, and Synchro Arts bagged its first Technical Emmy as a result.

Most recently Synchro Arts has collaborated with Celemony, the company who created Melodyne, on ARA (audio random access), which helps the plugin talk to DAWs with a streamlined interface and takes a lot of the legwork out of the process. They’ve worked with a number of DAWs to implement this method, including Cubase, and are planning on integrating it with Logic and Pro Tools in the near future.