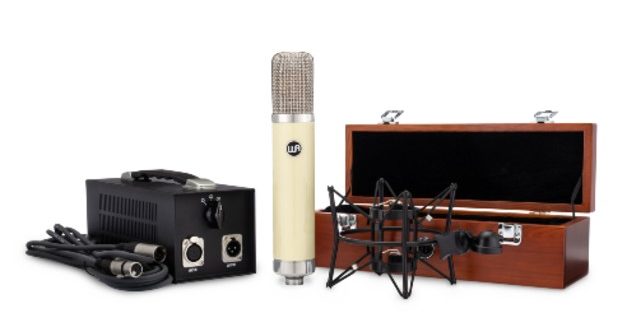 Stephen Bennett takes a look at WARM Audio’s recreation of a classic, along with the company’s latest small diaphragm condenser…

WARM have built an enviable reputation with emulations of classic outboard gear. Rather than re-box Chinese-made technology, WARM has produced a range of products at reasonable prices that stand up well to the original hardware they take their inspiration from. Indeed, my WARM WA-76 compressor sits alongside a vintage 1176 and if there is a difference between them sound quality-wise it’s no more than between different generations of the same equipment. Relatively recently, the company have moved into the microphone business and the two models under review here are the WA-251 and the WA-84, reviewed as a matched stereo pair.

The WA-251, as its name suggests, is a recreation of the late ‘50s Telefunken ELA-251, one of the most coveted (and now, very expensive!) microphones ever made. Its AKG-made CK12 capsule and all-valve electronics deliver a sound that is much sought after, particularly by vocalists. The WA-251 uses WARM’s one-inch WA-12-B-60V capsule, an all-brass, edge-terminated device with a 24k gold sputtered 6 micron, mylar NOS PET film. I was very impressed with this capsule’s performance in the WARM WA-14 microphone, so was keen to see how it performed with valve electronics. Output is via USA-made Cinemag transformers, which have impressed me greatly in my compressor.

WARM say they take particular care over the important microphone/control box cable and the Gotham 5 Meter GAC-7, 7-pin cable supplied with the 251 feels like it will survive the rigours of studio use and does nothing to degrade the sound. The microphone offers three polar patterns – cardioid, omni and figure-of-eight, selected from the control box. The build of the microphone itself follows the general look and feel of the original, so it’s a large and hefty beast – which always inspires confidence in vocalists, in particular – and feels extremely sturdy.

The WA-84 is a clone, homage, call it what you will to the venerable Neumann KM84. This microphone has found a place in many audio applications, its small size and high-quality sound making it useful for capturing the audio from a wide variety of instruments. For many of us, it’s become the de facto hi-hat microphone – an often-overlooked area of drum recording. The WA-84 is, like it’s inspiration, a small diaphragm, pencil-shaped FET cardioid-pattern condenser with a fully discrete Class A design and includes another of those excellent Cinemag transformers. It’s nicely built, though slightly longer than my KM84s and available in silver or black, which is really useful when used on stage to reduce lighting reflections and ‘hide’ the microphone. 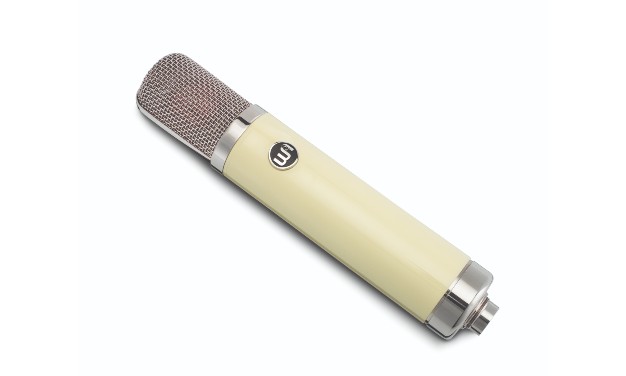 The capsule is removable like the original, but it’s not compatible with the vintage microphone’s transducer. WARM do not offer an omnidirectional option, but I really hope they can do in future, as I‘ve used KM84s effectively in a Decca tree configuration in the past. The WA-84 is available as a stereo pair and both microphones come in a wooden box with the relevant cables and accessories including shock mounts – again inspired by the originals – in the outer packaging. I’d have preferred to have the whole caboodle in a camera-style case, but most people who want to take the mics out on the road will already have a microphone flight case to protect their investment.

Sadly, I do not own an original 251, but I do have quite a few digital recordings of me singing, all through the same microphone preamplifier into a vintage model, Telefunken’s new ELA M 251E and the Soundelux (Bock) 25 – all of which are significantly more expensive than the 251. So, I set the microphone up feeding directly into my Metric Halo ULN-2 audio interface via a Neve 1073 microphone preamplifier to compare these recordings with WARM’s offering.

The results were interesting, with the WARM microphone definitely having the same ‘family sound’ of the vintage and clone 251s. Initially, I felt the WARM wasn’t quite as ‘full’ sounding as the other 251s and that the upper midrange was perhaps a tad harsher. But in blind testing between myself and a friend, we couldn’t reliably pick out the WARM from the others with my voice. All of the recorded 251s sounded different. The perception of which microphone was ‘best’ could easily differ depending on the use to which it was put. On closer evaluation and in cardioid mode, the WA-251 exhibits the proximity effect as one would expect from a large-diaphragm condenser and the microphone is full-bodied, yet balanced, across the frequency spectrum.

It appears to be particularly suited to male vocals where the lower midrange brings out the heft of the voice and the upper mids create a nice ‘presence’ that is not at all sibilant. All that was needed to sit the microphone in the mix was a little high pass cut-filtering and the results take EQ extremely well. The 251 was brilliant as a room mic in omni mode and I had great results using it in figure of eight configuration with the WA-84 as the cardioid centre element.

I do, happily, have a pair of matched vintage KM-84s, so I used these alongside the WA-84s for the review. Both microphone types performed well for a stereo recording of a string quartet, as stereo overheads on drums, as a hi-hat microphone and to record acoustic guitar. I wouldn’t say the results were identical using the WA-84s and KM-84s, but then my 84s don’t sound like other 84s I’ve used either! As with the 251, the WARM microphone definitely has the 84 family ‘sound’ and both are very different to my AKG 451s. If I had to choose between a pair of WA-84s and a pair of KM-84s of dubious provenance (and at three times the price), I’d go for the WARM mics every time.

WARM are happy not to obfuscate the nature of the components used and specification of their equipment which does give a sense of confidence in their products. They are well built, well presented and sound excellent. It doesn’t really matter if these WARM mics sound exactly like the equipment that inspired them, as even vintage models differ amongst themselves. They do however have the ‘family’ sonic signature of the devices that have inspired them, and these are excellent microphones that are not going to get in the way of making excellent recordings.

We’ve come a long way since the days of cheap and brittle-sounding repackaged Chinese condensers and the market is now full of serious contenders in the microphonic areas that these WARM microphones cover. WARM’s offerings do stick out from the pack for me though, as care appears to be taken in the selection of components and manufacturing. I think we’re living through a microphone golden age and if you have need to capture audio in the applications that these types of microphone excel at, WARM’s offerings should definitely be on your shopping list.