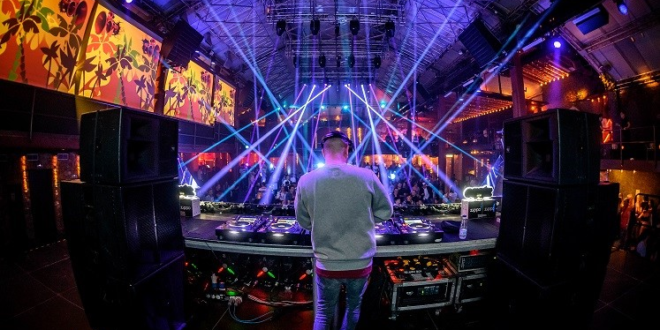 Back in May, Amnesia celebrated its Opening Party in Ibiza with a new KV2 Audio system that claims to be ‘the most advanced sound system in the world’.

The iconic club is the first venue in Ibiza to boast a KV2 Audio system, conceived and designed by legendary pro audio pioneer, George Krampera.

KV2 Audio systems – characterised by their incredibly low distortion and high definition – are said to “truly capture the emotions of an artist’s performance” with audio that is “incredibly defined, transparent and real”.

KV2 has already been deployed for clubbing experiences in New York, Asia, The Middle East and mainland Europe, including the famous Kaufleuten club in Zurich. It also features on international musicals like The Lion King, on Broadway, and Mama Mia!

George Krampera has been building sound systems for almost 50 years. His goal, now achieved in Ibiza, has always been to eliminate distortion and loss of information in the signal path, thus providing sound reproduction that has true dynamic range and representation of the source.

This dedication can finally be shared and enjoyed by the very best DJs, performers and producers from around the world as the DJ booth at Amnesia’s Terrace welcomes some of the biggest names on the circuit – including Luciano, The Martinez Brothers, Héctor Couto, Mar-T, Caal, Luca Donzelli and Manu Gónzalez.