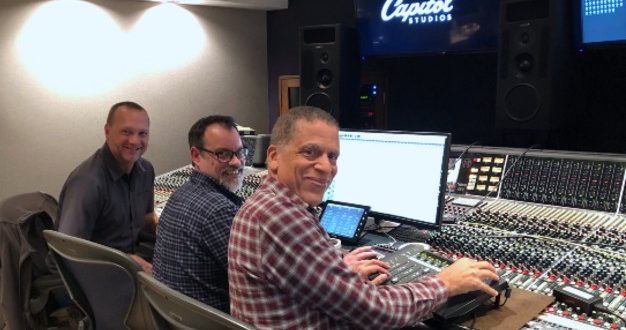 Reviving a Classic: PMC’s work with Dolby Atmos for Music

PMC Speakers pulled out all the stops at this year’s High End Munich international hi-fi event with its demonstrations of Dolby Atmos for Music. The company’s demo room welcomed a record number of visitors as people flocked to hear tracks from Miles Davis’ iconic 1959 jazz album Kind of Blue and his 1960 Sketches of Spain remixed into Dolby Atmos. Here, Colby Ramsey speaks to PMC USA President Maurice Patist about how the company was given unprecedented access to create them using the recently installed PMC Dolby Atmos system at Capitol Studios, LA…

Where did the initial idea for the project come from?

Maurice: About four or five years ago I did a project with David Rideau, one of the other engineers that I did this one with, in which we remixed Sketches of Spain in 5.1. It was a special project as the family was also involved, and this was my first contact with them. We worked with the original three-track and ended up making a 5.1 mix out of that.

Fast forward a few years up to around two years ago. I ended up designing and building a Dolby Atmos for Music room at Capitol Studios, which is Studio C. I worked very closely with Steve Genewick, the senior engineer at Capitol, and really started bringing this Dolby Atmos for Music project come to life. We soon started to see projects come through, one of the first being Elton John’s Rocketman, which Greg Penny mixed there. Over time, I learned a lot about mixing in this new environment, and ended up building a second room for Capitol in Santa Monica and another in Nashville to start expanding the capabilities.

When I heard how particular instruments sounded in the rooms, I thought, ‘how cool would it be to do this with more of Miles’ music?’, using Dolby Atmos to take an older recording and bring it to life. I always loved Miles’ music and always wondered what it would sound like if you were in that same room, rather than being behind the glass in the control room.

I ended up contacting Dave about this idea and told him that I’m planning on contacting the Miles Davis estate to ask them if they’re willing to let us have a go at one of the tracks. We had a Grammy event going on at the time so I invited drummer Vince Wilburn down to listen to the Dolby Atmos system we had set up. He was impressed, and when I asked if we could do Kind of Blue (I thought I was really pushing my luck on this one as it’s the most iconic jazz album on the planet), I was extremely surprised when he said he was a fan of the idea, and said yes. He contacted Sony straight away to get the masters and sort out the legalities, and by the end of the week I had the original digital conversions of the three-track masters. I was quite frankly shocked that we were able to get hold of them, and really didn’t want to screw up the opportunity! I was very keen for other people to hear what we could do with the mixes and I wanted to break the mould a bit, so we ended up designing an Atmos system and a pop-up room based around our flagship hi-fi system Fenestria for the High End Munich show.

How did you actually go about creating the Dolby Atmos mix?

Maurice: I took the three-tracks into Capitol, because for us and for Dolby, that is the absolute benchmark of quality recording studio. Me, Steve and Dave then started experimenting with the mix. I was confident that we would be able to show this off at the High End show due to it being such an iconic, prestigious album, with the Dolby Atmos mix being the show stopper. I wanted to be conservative and show audiences that you can utilise this technology to make old recordings come to life.

We had the original mono vinyls, stereo vinyl, the 1997 legacy stereo mixes, and went back to all of those. When we pulled the masters up in mono however, they were amazing, so we knew we couldn’t possibly screw this up. There was some hard panning going on with the stereo mix, so what we did with the mono was just open it up slightly, pan it a tiny bit and create the space with how we would imagine the setup to be in the studio.

Then we had to think about what Columbia Studios would’ve sounded like, because of course it doesn’t exist anymore. We didn’t have Columbia, but we did have Capitol. After we panned the masters in a way that we felt achieved proper imaging, we ended up taking two speakers, put them into Studio A – the large live room at Capitol – aimed them at the wall, and then together with Steve and Dave built a microphone arrangement that mimics where the speakers are in a Dolby Atmos environment. So we basically built a live chamber in an Atmos setup. 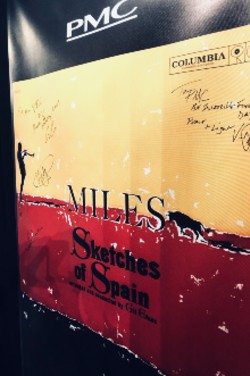 While we were listening back to it, we tried to create a sense of space, and by determining the distances between the microphones and the height we created a space around the original tracks. When we added that space into the speakers, it came together beautifully. We spent a lot of time balancing the reverbs so that it really felt like you were in the room, looking at the players with a huge sense of space, but in a very subtle kind of way. More importantly, we ended up making the mixes without EQ or compression so we feel like we stayed true to the original recordings, which were sensational!

How did this translate to the High End show and how was it received there?

Maurice: A lot of people came in assuming that they weren’t going to like the mix because it wasn’t stereo. When we played it for them, they were shocked as we blew stereo out of the water. Everybody who heard it was very impressed and some of the reactions were incredible. We had nothing but amazingly positive reviews, but people weren’t so happy when we told them it wasn’t yet available!

This is all going to change now however. Because of the success, Sony want us to release it (they had me remix the stereo as well). When we brought Miles Davis’ family into Capitol, they enthused that there is just no other way to listen to Miles’ music anymore after hearing our mixes. Whenever Dolby Atmos becomes available for streaming maybe we’ll see the two albums released in the format. It was a huge success for us having been done all under the banner of PMC and on our speaker systems. We really did something so unconventional by going into the ‘Kingdom of Stereo’ with this rig and blowing people’s minds where they were determined not to like it.

When it comes down to it though, it was all about respecting and honouring the music, so we left it all original and left all the original mistakes in. We had the benefit of having amazing masters and so the credit should really go to Fred Plaut, the original recording engineer.

Capitol are mixing hundreds of tracks at the moment for Dolby, but it’s clear that on some of the older legacy albums it has so much potential to bring it to life, and experience it in such a different way. The overall response we got from the project was better than anything we could have hoped for.