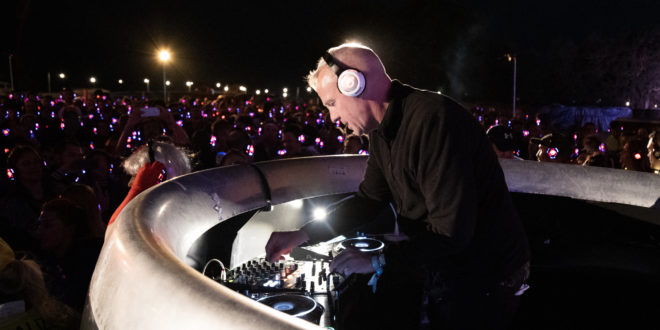 Cineramageddon is curated by film director Julien Temple and returned to Glastonbury this year for its second outing after debuting in 2017.

The area has the UK’s largest outdoor cinema screen and includes 60 vehicles including Mad Max style cars, classic cars, fairground bumper cars and convertibles dug into the ground, which festival goers can rent out to watch an array of cult classic movies.

The activation was opened this year with the premiere of “Ibiza, The Silent Movie” directed by Julien Temple and music curated by Fatboy Slim.The film is an exploration of the hedonistic history of the Ibiza island and was introduced by Glastonbury’s co-creator Michael Eavis, Julien Temple and Fatboy Slim himself. 2600 attendees enjoyed the two-hour long film on Silent Disco King headphones, followed by a live 45-minute DJ set from Fatboy Slim.

‘Ibiza, the Silent Movie’ was recorded in 7.1 Surround and Cineramageddon were passionate about attendees experiencing the movie in this format, just the way the producers intended in the studio. However, noise limitations on the cinema site meant that all audio must be relayed via headphones rather than a conventional cinema sound system. As a result, the technical brief for the silent cinema was far more demanding than the first year. HD Pro Audio approached Silent Disco King with a mutual solution. 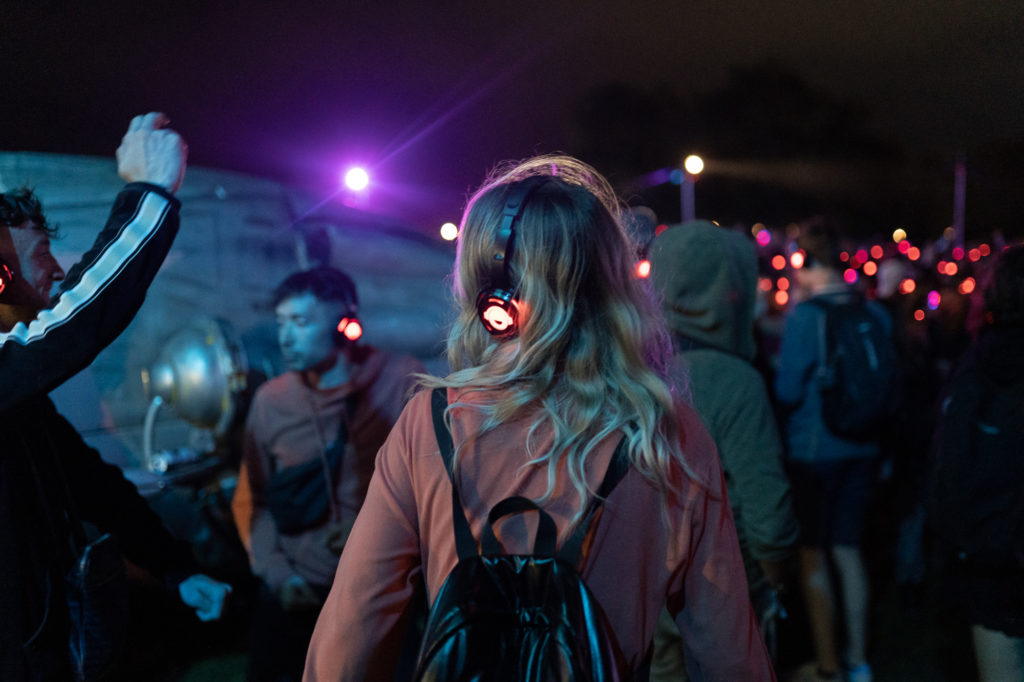 The Silent Disco King headphones were used in conjunction with KLANG:vier Immersive Audio Processor, Midas M32 Surface, Shure Wireless microphone systems, and Dante Protocol Routing. These technologies allowed the film and DJ set to be consumed in 3D binaural audio, creating the effect of motion within the headphones.

Dan Morgan, Cineramageddon sound engineer, was responsible for the multi-disciplinary nature of the tech and realising the vision of the activation. He commented: “Considering the complexity, bandwidth and spacial dimension of the final product leaving the technical area, the Silent Disco King transmission not only worked faultlessly but actually translated the result highly effectively, providing a really enhanced listening experience. During and after the live set, I was able to continue to enhance the listening experience through spacial manipulation and the response from the crowd was fantastic. A great night was had by all with good critical acclaim for the film and Norman’s performance.” Fatboy Slim added; “Well done Silent Disco King! Thanks to Paul and his team, it worked in a field in Pilton!”