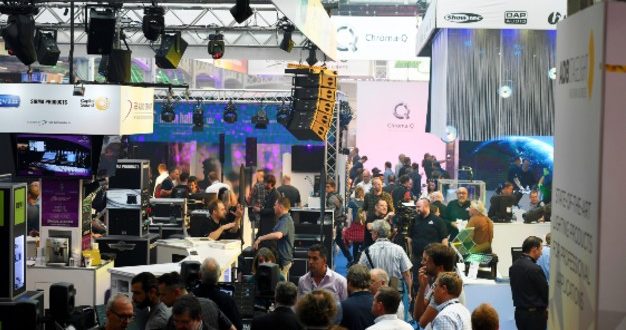 The PLASA Show has announced huge support from the audio industry with L-Acoustics, CODA Audio, d&b audiotechnik and Void Acoustics among the brands supporting the show at London Olympia from 15-17 September 2019.

PLASA has also doubled the amount of audio demonstrations on offer, including three exclusive ‘Audio Lounges’, as well as announcing a new live feature, Stage to Studio, in association with Sound on Sound and Headliner magazines.

CODA Audio is set to make its PLASA debut at the 2019 edition of the show, while Void Acoustics will take a stand as well as a space in the main audio demo room. They join L-Acoustics, Bose, Yamaha and Audio-Technica among others.

Meanwhile, d&b audiotechnik have joined the show as a headline sponsor. Visitors will find their installation and touring systems on both the Sound Foundation Limited (SFL) and SSE stands, alongside products from Sennheiser, DiGiCo, DPA and Avid.

L-Acoustics will have a dedicated lounge in which they will showcase their A Series medium throw solution for touring and installations, while RCF will take the third lounge in which they will reveal their latest releases. In the main demo area, there will be back-to-back demos from Adam Hall, Shermann Audio, Void Acoustics, Aura Audio and OHM. KV2 Audio will also take a separate space, demoing their products throughout the show, and OutBoard TiMax will present their latest immersive audio technologies.

“Live audio demonstrations are always a popular part of the show experience, allowing visitors to experience sound systems in controlled environments – which is why we have more than doubled the amount on offer this year,” said PLASA’S managing director Peter Heath.

Look out for the full PLASA 2019 seminar lineup which will be announced next week.