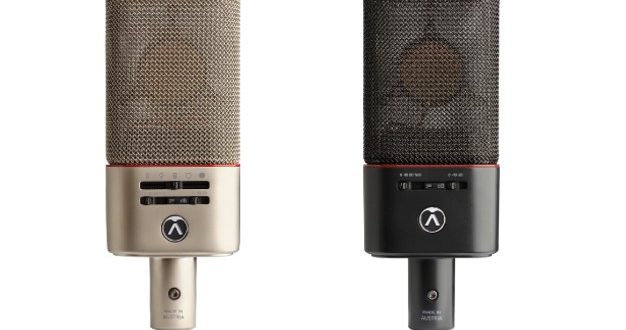 Austrian Audio’s OC18 and OC818 large-diaphragm condenser microphones – which were first announced in April – are now available for shipping.

The single-diaphragm OC18 and dual-diaphragm OC818 both feature a new handmade ceramic CKR12 capsule, while any OC18 and OC818 can also be used as a matched pair.

The OC18 includes a selectable high-pass filter plus a -10/-20dB pad, while the OC818 features the same filter and Pad, plus a variety of pick-up patterns selectable from the body among other features.

The OC818 has dual audio outputs that allows the rear facing capsule to be recorded independently of the forward-facing capsule. If both capsules are recorded to a stereo or dual-mono track, the free and open source PolarDesigner plugin allows for control and tailoring of polar patterns between one and five bands, with selectable crossover points during the mix process.

The OC818 is also said to be the world’s first mic to utilise a wireless pattern and switching control via an optional transmitter/receiver (OCR8) that can be fitted to the rear of the microphone. This feature provides 255 discrete polar patterns between fig-of-eight, through all of the cardioid versions and into omnidirectional, all in the analogue domain.

Austrian Audio is distributed in the UK/ROI by Sound Technology.