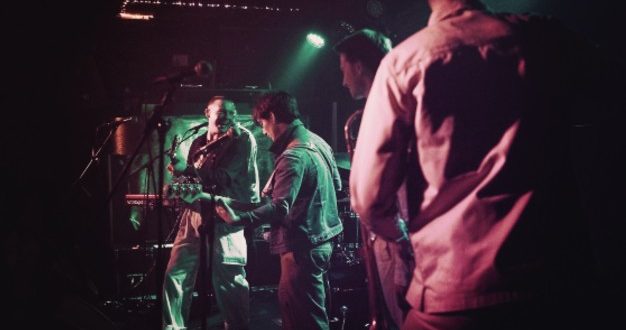 This year the PLASA Show will present Stage to Studio, a new feature where a live band will be recorded in front of an audience by a renowned sound engineer.

The professional sessions will run from 3pm on Sunday 15th and Monday 16th September, revealing what it takes to get the best recording from a live performance.

With the engineer’s Digital Audio Workstation displayed above the stage and live commentary, the audience will learn top level techniques for capturing high quality sound from the stage. This will include microphone choices and placements, step-by-step mix decisions, and how to maximise multi-track recordings.

Following the sessions, the audio stem files will be made available and a competition will open. A team of experts will then pick the best mix and the winner will receive an exclusive professional audio prize.

Effie was crowned NME emerging artist 2018 and has gained support from BBC Radio 1’s MistaJam and DJ Target, Capital XTRA, and KISS as well as Clash and Notion magazines. She lent her vocals to ‘Body Talk’ by dance duo Just Kiddin and wrote and sang on ‘3 Words’ by FooR. She has also earned over one million Spotify plays.

They will be mixed by sound engineer Simon Todkill who has worked with the likes of Kanye West, Matt Corby, Hiatus Kaiyote, Charli XCX, Movement and The Griswolds, earning him numerous Gold and Platinum album credits. These include Kanye West’s 2010 album My Beautiful Dark Twisted Fantasy and Matt Corby’s ARIA Song Of The Year ‘Brother’.

Miloco Studios are providing the expertise and professional equipment for Stage to Studio. Established in London in 1984, Miloco now run over 90 studios worldwide, many of which are go-to destinations for major international artists and producers.

Between the Stage to Studio sessions, upcoming talent will perform acoustic sets courtesy of ‘Tony Moore Presents’. Tony began his career as an original member of Iron Maiden, then moving to Cutting Crew in the mid 80s. In more recent years he has promoted homegrown talent at the iconic Bedford in London, including Ed Sheeran, Paolo Nutini and James Bay. These acoustic sets will run throughout the Sunday and Monday of the show.

PLASA Show is running from 15-17 September at Olympia London.