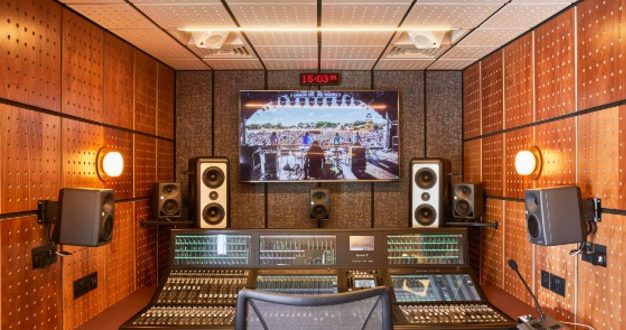 Spiritland Productions’ bespoke truck contains an end-to-end IP infrastructure with audio that runs entirely on a Dante Network. The truck is Dolby Atmos capable and was designed to provide the best possible monitoring and mix environment for live music.

The luxury mobile production vehicle, named ‘Spiritland One’, was delivered to the broadcast audio specialist in early June, and went on the road following just one week of successful testing, covering a week of live television and radio broadcasts on BBC4, BBC Radio3 and BBC Radio Wales for the Cardiff Singer of the World Competition. From there it was put to use as a post production mix facility for a large-scale BBC Radio 2 concert, and more recently to record and live mix a Burt Bacharach special concert at the Hammersmith Apollo. 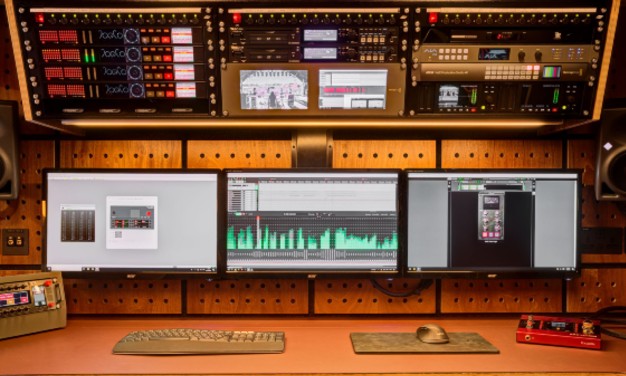 The truck includes an SSL System T broadcast audio production desk and console, Barefoot speakers and the KH range of Neumann monitors. The vehicle carries 128 SSL mic amps as standard, an Optocore stage system that runs both Dante and Riedel Bolero communications network, as well as eight stage MADIs that can be plugged straight into devices for greater streamlining.

“We had 18 tonnes to play with and unusually, for an audio OB truck, the majority of the weight is proportioned to the sound proofing,” said Gareth Iles, co-founding director of Spiritland Productions. “If we were trying to achieve this with traditional technologies, the facilities would have cost 50% more, and we would have needed a lot more space. IP-based technology is a game changer and in choosing to partner with Megahertz, we are confident the truck will continue to fulfil the technical and ergonomical requirements both now and for our customers of the future.”

“These types of projects, where the production company is thinking holistically about the vehicle’s ergonomics, working environment, green credentials, brand and style, on top of such an advanced technical spec, don’t come around very often,” added Jon Flay, managing director, Megahertz. “We’re honoured to be a key partner in this endeavour with Spiritland Productions.” 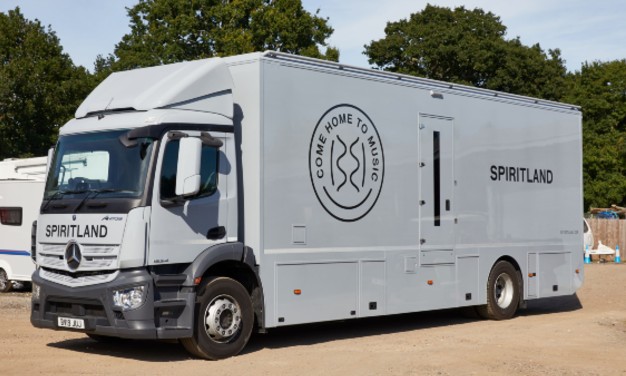 With Spiritland Productions’ heritage hailing from the Spiritland recording studios in Central London, the aesthetics of the truck were critical. Spiritland Productions worked with Megahertz and coachbuilder, Spectra Specialist Engineering Ltd., to carefully spec and install high-quality furnishings and luxury materials into the truck, ensuring the output met the expectation and range of the high calibre of guests using the facility both now and in the future.

Spiritland Productions already have a packed 2019, and in its first year on the road the all-IP OB truck is expected to cover some of the UK’s most high-profile festivals and concerts for both live television and radio, as well as major sporting hospitality events in Europe.

Megahertz will be showcasing Spiritland One on its IBC stand 12.F20 at the RAI Amsterdam from 13-17 September.