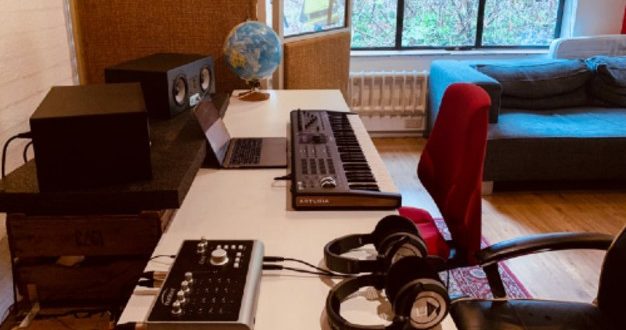 One of The Netherlands’ most renowned recording facilities, Wisseloord Studios, recently installed an Audient iD44 audio interface in its writing room.

Described on the website as “a place to be inspired by its rich musical history,” this studio just outside Amsterdam has welcomed a number of greats through its doors, including Elton John, Def Leppard, Iron Maiden, Tina Turner, U2 and Snoop Dogg.

“Wisseloord’s reputation as one of The Netherlands’ best studio facilities is known worldwide, so when they contacted us about adding an iD44 audio interface to their new writing room we were very excited to be involved in the project,” said Audient’s marketing director, Andy Allen. “It brings us great pride knowing that the calibre of artists that will inevitably pass through the writing room will be writing and recording their next hits using an Audient interface.”

Comprising three studios and two mastering rooms, as well as a number of different, smaller writing rooms, the facility was originally opened by Prince Claus in 1978, having been founded by electronics company Philips as a space to record their PolyGram artists. Today, it boasts “advanced technology and aesthetic that will take it into the future,” according to the website, whilst simultaneously retaining its “relaxed atmosphere and the vintage vibe.”