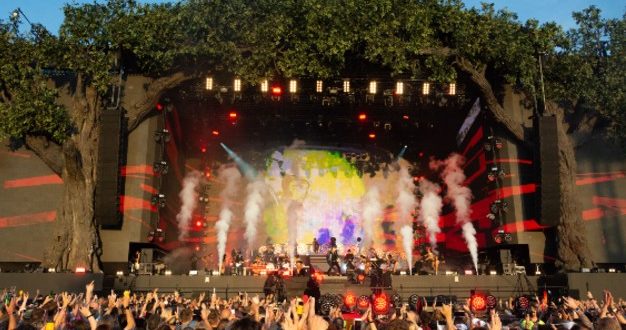 The contract for the festival is now up for renewal.

Monitored by acoustics consultants Vanguardia, as it has been every year, MLA – optimised using Martin Audio’s proprietary advanced DISPLAY software – was equal to a wide range of performance over the two weekends, extending from Barbra Streisand, Celine Dion and Josh Groban at one extreme, and Bob Dylan and Neil Young at the other.

The Great Oak main stage was equipped with two hangs of 16 x MLA and a single MLD Downfill per side, with 13 x MLA and an MLD Downfill for the sidehangs. The sub array consisted of 32 x MLX in the now familiar broadside cardioid design (21 front facing, 11 rear facing). With 12 MLA Compact serving as front fills, all MLA components were running on the same network.

Out in the field, the main ten delay towers comprised seven MLA and a single MLD Downfill, supported by 12 MLX subs while delay positions 10 and 11 deployed eight MLA Compacts. One slight change this year was that delay position nine was bolstered with the addition of two further MLA elements in respect of the depth that the site now runs to, enveloping those at the rear of the field.

Martin Audio systems were also provided elsewhere. On the Barclaycard Stage (Stage 2), eight MLA Compacts were flown on each side with 14 x WS218X subs in a spaced and recessed cardioid configuration, with four Martin Audio DD12 providing front fill sound, while two MLA Compacts were provided as outfills on Stage Left.

Production manager Mark Ward supported the assessment of Capital Sound’s Martin Connolly that both this year’s event, and the entire seven-year programme had been an unqualified success from an audio perspective. “We have relied on the talents of Capital Sound and their expert use of Martin Audio’s MLA PA rig since 2013 when the British Summer Time Festival began,” he confirmed, “and this year was no exception. 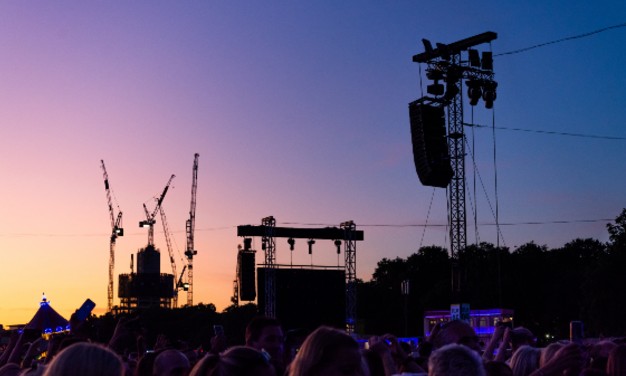 “With a few tweaks to the system layout and drive mechanics since 2018, all sound level thresholds, both on and off site, were once again comfortably met at this notoriously difficult Hyde Park location. Consequently, the paying public, the Royal Parks team, incoming engineers and the local authority were once again very pleased with how the show’s audio team and audio system delivered.”

“Our seven-year relationship with BST shows that you don’t need to compromise the quality of audio for the audience in order to meet exacting off-site SPL limits,” concluded Martin Audio’s managing director, Dom Harter. “We are grateful to the whole technical team who have worked tirelessly over the years to deliver our signature sound, consistency and control to audiences across the whole site. We hope it will continue for many more years to come.”