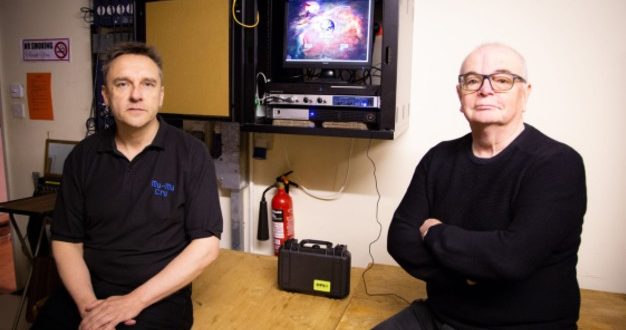 Musicians/engineers Matthew Devenish and Paul Jones of Mu-Mu Audio are using an RME Fireface 802 audio interface as part of their artificial reverb system they call ‘Nebula’, which they recently designed in order to enhance the sound of acoustic spaces during live performance.

Mu-Mu Audio is a location-based recording and live sound hire company based in Malvern, Worcestershire, UK.

The system operates by capturing audio through a pair of DPA microphones, which are connected to the RME Fireface 802 audio interface. The signal is then processed by specially designed software, and fed back into the room via the Fireface 802, to a series of Fohhn loudspeakers.

The result is the ability to alter the perceived acoustics of a venue, something which would usually require making physical changes to the building itself. The overall sound can be tailored to give the impression of a much grander space for example, supporting the performances of musicians and vocalists, as well as adding to the audience’s enjoyment. 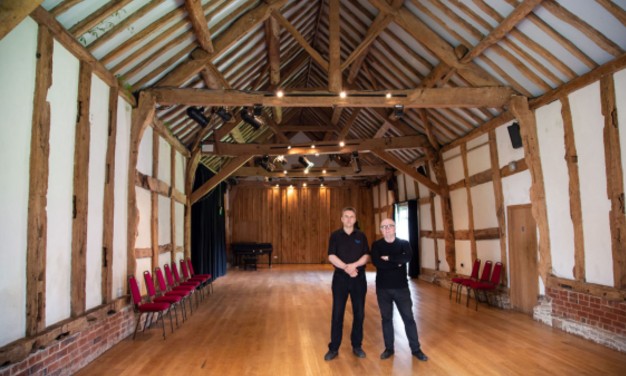 “The whole project came about after we received a phone call from Adam Munthe, the owner of Hellens Manor in Herefordshire,” said Matthew Devenish. “Adam wanted to discuss the acoustics of the big barn, a venue we’ve used to record a number of albums since 2005.

“The basic requirement from Adam was for the acoustics of the barn to be more sympathetic and supportive for classical music, i.e. longer reverb times with a diffuse soundfield. Hellens Barn is a listed building however, and a highly respected acoustics company had previously said it would involve a lot of physical change to the inside of the barn.”

“Apart from potentially prohibitive costs, this approach would of course result in an unvarying acoustic. The barn isn’t just used for classical concerts – it’s also used for recording as well as filming, and has events that require P.A.’s such as weddings and corporate meetings. Some of these uses benefit from the very dry acoustic that currently exists, but not all… Enter Mu-Mu!”

“We organised to run some trials of potential approaches in the barn, and were very encouraged by the results. We were then given the green light, and installed the system we call ‘Nebula’. Our approach is ideal for these sorts of venues, as it’s both cost effective and requires minimum of ingress into the building.”

“The Nebula system comprises of eight speakers in an array down the beams of the barn, with each speaker individually addressable for level and delay if needed,” he continued. “Above the performance area we have a spaced pair of DPA 4011 cardioid microphones, to capture the live audio. For our A to D system we chose an RME Fireface 802, which is being used as a pair of microphone preamplifiers and A/D converters, to feed the digital audio into our software for live processing.”

“This is connected to the Fohhn Speaker Controller, with the Nebula Software running on a rack mounted computer with screen, with all of it neatly fitted into a lockable rack unit backstage. The software then provides a stereo signal output, which is fed to the Fohhn speakers via the AES out.” 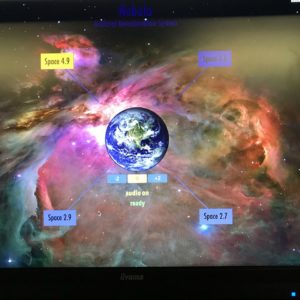 “We have consistently found the reliability of RME products to be second to none. For this particular installation, it provided us with the right balance of inputs and outputs, and having the AES I/O was particularly useful. Totalmix FX as an audio I/O control is very intuitive but incredibly powerful. It just works!”

“We’ve used TotalMix FX for Nebula in a very simple, but it still allows us to route what we need, to where, very easily. When we’re using it for our recording work, we use it extensively to set up monitor mixes, pre and post DAW, and route signals to different outputs if necessary.”

The Nebula system has already been proving a success at Hellens Manor, with musicians and engineers commenting on the natural sound of the reverb. Mu-Mu Audio are looking to extend its use to other venues where there is a need for a cost-effective, variable acoustic solution, alongside the recording and Live Sound hire services the company offers.

To find out more about Mu-Mu and Nebula, visit www.mu-mu.eu