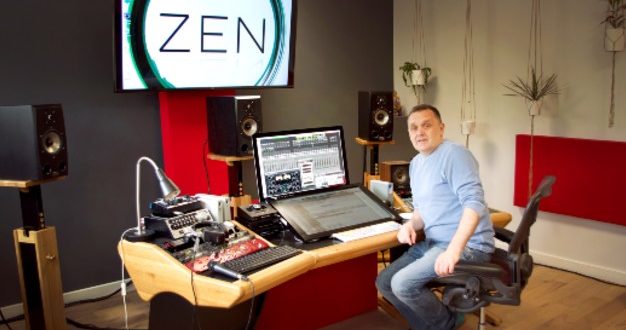 Despite being a small facility located in rural Hampshire, ZEN Broadcast had been doing an awful lot of post production recently. Dubbing mixer Kevin Duff, who makes up one half of the company along with his fellow sound supervisor Andy Deacon, has been nominated for and won several BAFTA Craft Awards, most recently bagging an accolade for last year’s Festival of Remembrance. Here, Colby Ramsey discovers how Universal Audio systems have ultimately helped bring the pair success…

Tell us about yourselves and the history of ZEN.

KD: I’ve been in broadcast sound since about 1987, originally starting at London Weekend Television as a sound trainee. Over the next ten years I was trained up and started moving into the freelance market, during which I got involved with BBC events, and primarily the Festival of Remembrance. Here I bumped into Andy who’s now been working on the festival for 28 years – He was the recording engineer for the Royal Marines Band Service. We worked on that event and a few other BBC events for a few years, and we soon found ourselves in a position where we wanted to form a company together. This is where ZEN Broadcast, which we’re now throwing all of our efforts into, was born.

A post production space was the next logical thing for ZEN and we soon moved into a brand new warehouse and office. Since then we’ve built two very nice mix rooms plus an Avid room that’s about to come online, with a recording space that became operational at the end of 2018. The Royal Variety, Black Eyed Peas’ music special, Olly Murs’ music special, and the last series of The Voice have all been posted here. My background is very much in light entertainment and music shows, whereas Andy’s background was recording military music, so client-wise that’s two of our biggest areas of expertise. We tend to get calls for multi-stage difficult jobs, with a high track count etc., and with our OB truck, we see ourselves continuing to work with big BBC events.

AD: The Royal Marines Band Service trained me both musically and as an engineer. Through that I’ve been fortunate enough to record many large events for them and for other organisations in the Royal Albert Hall, including large scale orchestral recordings with the likes of Ennio Morricone, Hans Zimmer etc. 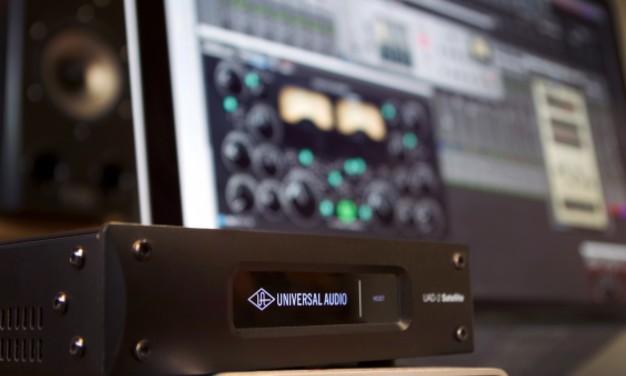 The beauty of the truck is that we designed it with two mix spaces that are tuned and matched identically. We can have over a thousand inputs and it will allow one of us to mix the orchestra and the other to mix other elements of stage bands in the other room, with the ability to mix into each other and listen back through each other. We both utilise the exact same UAD mastering system, which Kev uses on all his shows with other engineers he works with.

What influenced your decision to switch over to UAD systems?

AD: I started working with Kev in broadcast through the BBC link, and around the same time was introduced to UAD systems. We both started using them within Pro Tools post production and audio CD production. Compared to our previous tools, UAD was far more comprehensive in terms of how it worked and how it integrated with the Pro Tools systems that I was using at the time. I also felt that its sonic quality was superior, and matched more of the analogue equipment that I had at the time.

Much of the outboard we had kept needing repairs, but going to the UAD stuff allowed us to use the same parameters and get the same sound. The workflow it’s allowed us to develop over the last eight or nine years has kind of created a signature sound that people look to us for.

KD: As a jobbing freelancer in 2013, I was looking for kit that would cross over between studio and post, so I came across the Precision Limiter, the plugin that first drew me towards UAD. My audience chain is quite specific and involves a few different limiters and compressors. Whereas this would usually be in a 12U or 14U rack, I replaced that with a 1U rack and some plugins. It’s easier to carry and transport, and with AES and analogue I/O I’ve got different types of accessibility in terms of the infrastructure I can use, depending on where I’m going. I then realised I could plug this into my Pro Tools rig as AAX plugins, which really is a no brainer.

You’re now using UAD Apollo 16 interfaces as the main limiters and FX engines for all your live shows, as well as a UAD Quad Satellite for Pro Tools sessions – What advantages have these brought to your workflow?

KD: When we’re doing something like The Voice, the live shows crossover with the post production element, so it means that quite often I’ll be on site in the truck mixing the show or getting ready for a live transmission with a post show going on at the same time.

We’ve developed portable dubbing rigs completely based around the power of UAD, keeping everything in the box and matching the plugins across all our systems. I am able to pull up a laptop, a UAD satellite and an extra screen so that I can keep dubbing while I’m on site or with the clients. This side of it has been massively powerful for us, allowing us to be really flexible in all sorts of situations and turn things around quicker. We’re using the same kit across all our dubbing rooms, post rooms and the truck, and it gives us that signature sound. It provides a streamlined workflow and cuts down the variables, while also lets us be much more creative. I haven’t done a show in the last six years without UAD by my side.

AD: I’ll use the Royal Albert Hall as an example – We had to go in there with a laptop, an RME MADIface XT, a couple of MADI routers, and the UAD rig. For an orchestra, it gave me three or four different reverbs to utilise within a 1U unit plus various other processing – It’s easy, speeds up the workflow and reduces our carbon footprint.

How have you seen the roles of post houses/live engineers evolve?

AD: What UAD has allowed us to do is give that 24 hour service to our clients in the sense that we can – with a laptop, thunderbolt hard drive, a UAD satellite and Apollo Twin – pull the exact same session up, edit what’s required, and re-upload where necessary at anytime of the day as long as we’ve got an internet connection, which is something that’s not been possible before.

KD: In the light entertainment world, I think the skill set has been lost in keeping supervisors that can mix and do post. It’s kind of a personal mission of mine to re-engage this aspect, especially at ZEN where we’re training new staff to do both. For big musical shows, being able to carry out mixing, post production and mastering for continuity and flexibility throughout the process is absolutely vital.