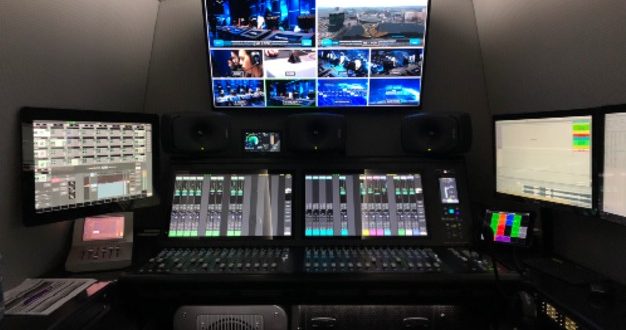 AMI speaks to Michał “Mikers” Mika of Polish broadcast audio specialist 120Db, who have been getting to grips with SSL’s System T…

What services do you offer and what kind of clients do you work with?

Michał: 120dB Sound Engineering has been around since 2012. I first started working in this industry as a sound engineer for rental companies, but soon wanted to do more business myself. I met the guys from ESL TV, who are perhaps the biggest international producer and broadcaster of esports. Not only do they produce TV shows but also big live events in arenas – I met them around seven years ago and after that I started mixing some smaller shows for them.

The company soon started to grow and I needed to get more audio engineers on board to cope with the growing workload. We are mostly doing shows for ESL now, although in the last three years I have also worked with some music bands, including mixing in-ears for a rather famous Polish band. It’s too much for me now so we always have at least four members of staff available to help out with productions, which can often be seven-days-a-week jobs.

We use our ST1 Sound Truck most of the time, but not just for esports. It is often used for recording TV shows and orchestras with huge channel counts – sometimes upwards of 100 – for the Polish national TV broadcaster TVP, we well as for Polish national radio. It’s a good part of the market for us, and we’re always trying to connect with their sound engineers and do more and more jobs for them. While most of our work lies with esports, we’re also getting into recording and mixing big music festivals for TV. Last year we did a big TV show in Warsaw marking 100 years of Polish independence, for which we provided our sound truck for the orchestra mix and was responsible for recording around 120 tracks.

What makes you unique?

The Polish market can be quite strange. There are lots of PA companies, from very small players to huge ones. This is part of our work where we use third party companies. When I started in the industry I also worked for a big rental company and so now when we need a big PA I can call on them to help out, as there’s no point in us shelling out on a big expensive PA system just to use for two or three shows throughout the year.

While this is not our forte, esports on the other hand definitely is, and I think we are the only company in Poland doing audio for esports TV productions. We established a relationship early on with ESL – who are huge in Poland – and have built up a good level of trust with them. Esports are of course quite different to regular sports shows. In order to mix and provide equipment for these types of productions you need to have a certain level of knowledge about the industry, so they turn to us most of the time in this respect.

Why did you decide to start using SSL systems?

We were looking around for a new mixing system and settled on SSL for its Dante capabilities, as we know it very well and realised this would be very important for us going forward. It is very stable and easy to use, and System T is a great system for us when doing esports shows as we don’t have to use MADI with an expensive router. System T looks good and I like good looking gear, because you need to work with this stuff every day for long periods of time and it is important to have fun whilst doing so. 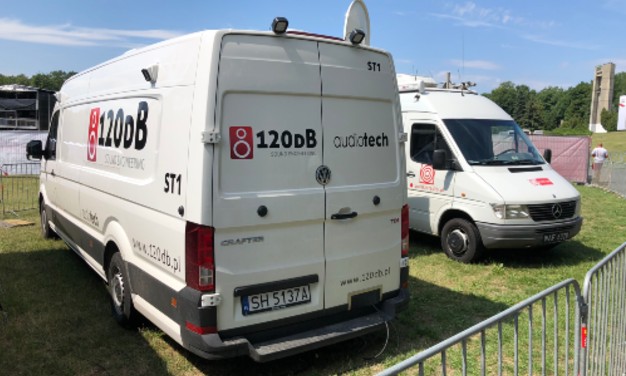 When clients from the audio world come to us and see we’re using SSL, it catches their attention which is also very important for us. Some of the other broadcast manufacturers aren’t so flexible with their systems. We can change configurations on the fly which in the digital world is crucial. Our clients – especially in esports – often come to us five minutes before a show and ask us to send a feed for some guys in Japan or South Korea, which we can do very quickly. For the TV guys working with AWS, the preamps and A/D converters on the System T translate to the studio very well. Most recently I’ve been combining it with the SSL Fusion – I often find myself using the truck out of hours just to mix something for fun.

How has it enhanced your workflow over the past year?

On the company side, the best thing about System T is that you can add another I/O stagebox without having to spend more money to upgrade your MADI router. With Dante, if we need another 32 channels on the stage, we just put in a box and connect this up with a Cat5 cable. It’s extremely simple to change your configuration this way – With just a few clicks you can put the inputs from the stage into your desk through the correct channels. Also, from an audio operator’s point of view, it’s easy to mix on System T even if they’ve never used it before. We’ve had some great feedback from our partners about the system.

I don’t like desks that have thousands of knobs and dials and so I’m a big fan of the touchscreen infrastructure. The best thing that SSL did with this system however is Dante. It’s a very powerful and flexible protocol that we can use with our collection of Focusrite RedNet stageboxes, while we can also exchange signals with other OB vehicles – such as those used by NEP – via a Dante to MADI bridge, which is extremely useful.