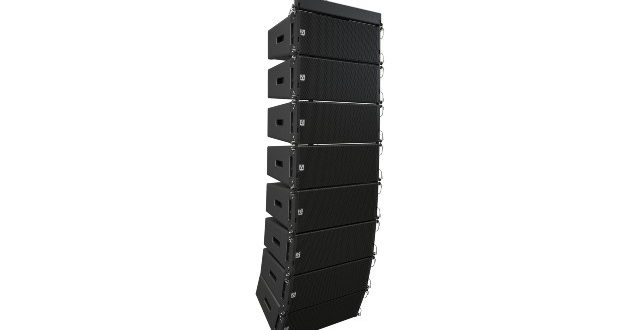 The WPS line array – with a peak SPL of 133dB – is designed for live sound reinforcement and installations in theatres, concert halls and houses of worship. The arrays can be deployed as front-fill, delay or side-hang support for larger Wavefront Precision systems.

WPS is a passive 3-way system which integrates a high density of drive units in a very compact enclosure. It features 2 x 8” LF drivers, 4 x 4” midrange drivers and 4 x 1” exit HF compression drivers loaded by a moulded HF horn which occupies the full width of the enclosure – defining the 100° horizontal constant directivity coverage pattern of both the HF and midrange sections.

The 4” midrange drivers are compression-loaded to raise efficiency and enter the horn walls via annular slots close to the HF throat to sum effectively with the HF wavefront. In the HF section, four 1” exit compression drivers deliver high frequency sound without the harshness and distortion associated with larger format devices. The 8” LF drivers are set back behind the walls of the HF horn, with a small volume of air in front of each driver increasing the output at the upper end of its operating range. The LF exit apertures are spaced apart horizontally to provide LF horizontal pattern control. For extended low frequency performance, WPS is designed to be partnered with the SXC118 cardioid subwoofer and its flyable variant, SXCF118. 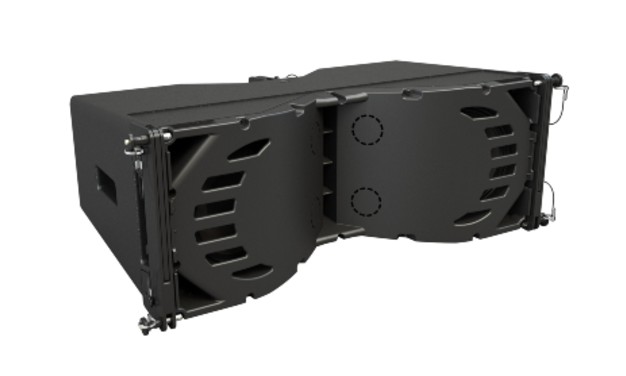 “With WPS this was a ground up product development. We wanted to overcome the deficiencies and compromises of other 8” line arrays available on the market today,” said managing director Dom Harter. “That’s why we have more drivers in WPS than anything else we believe in its class, with spacing, waveguide and crossover point engineered to deliver in particular optimum HF performance with exemplary mid and high frequency pattern control, even at higher SPL.”

WPS will be featured as part of Martin Audio’s presentation at InfoComm 2019, taking place on booth 6743 and in audio demo room W224C, from June 12-14 at the Orange County Convention Center, Orlando, Florida, and will begin shipping worldwide from September 2019.