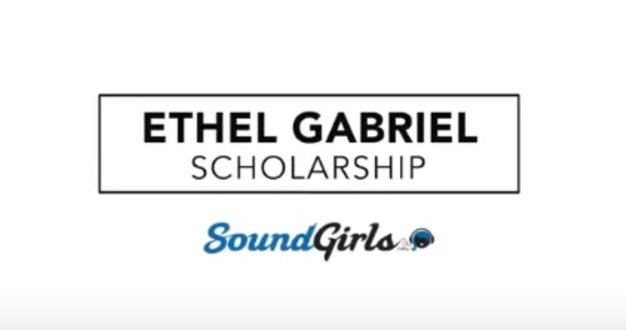 SoundGirls is recognising music producer Ethel Gabriel’s contributions to the music industry and for paving the way for future generations of women working in music production.

Ethel Gabriel may be one of the most prolific music producers you’ve never heard of. Ethel had a 4-decade career at RCA starting with an entry-level job and rising up to become the first female record producer for a major record label and an executive role in A&R.

During her career, Ethel produced over 2,500 records and worked with a wide variety of artists on RCA’s roster including Elvis Presley. Ethel was willing to take risks – such as producing the first digitally-remastered album or working with artists who brought new types of music to the mainstream. Her credits include everything from mambo to easy listening to rap.

Towards the end of her time at RCA, Ethel asked the company to fund a women’s group for lectures and seminars. She wanted to help women learn to become executives. Ethel said she felt like a mother to some of the women she mentored (Ethel was married but did not have children). She wanted to teach skills like how to network, how to dress or behave.

Ethel also became involved with Women in Music, one of very few groups available to women in the music industry at the time. In 1990, Ethel publicly spoke out against the “boys club” in a letter to the editor of Billboard Magazine (Oct 6). She said, “Yes, there are ‘record women’ in the industry – and they have ears, too!”

SoundGirls is currently in production on a new documentary about Ethel Gabriel’s career and impact.

The scholarship is open to any member of SoundGirls that is attending or plans to attend educational programs in pro audio. There is no age requirement and includes college programs, trade schools, seminars, and workshops. Applications are open to all genders and non-conforming genders.

Any questions on the scholarship essay can be directed to soundgirls@soundgirls.org