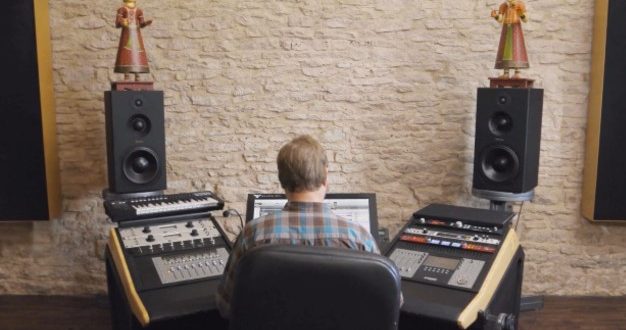 Audio professional James Towler has been relying on products from Focusrite’s RedNet range – including the Red 8Pre 64-In/64-Out Thunderbolt 2 and Pro Tools | HD compatible audio interface – for his live and studio work as Steve Winwood’s in-house engineer and beyond.

“In Steve Winwood’s private facility, we cover so many different aspects of music, from recording to production to touring,” said Towler. “This facility is spread out over multiple buildings with multiple rooms. So the ability to bring all of that together with just a Cat5 cable and networking fiber was really appealing. I was looking for something that globally brought everything together and was rock-solid with a decent signal-to-noise ratio, something that was pleasing to the ear and great to mix on.

“I had a RedNet 2 16-Channel A-D/D-A interface, and I A-B’ed it against a favourite converter from another brand – I couldn’t notice a difference sonically, so RedNet had the advantage, because it allowed us to create consistency from the studio to the live world.”

He expanded the RedNet arsenal to include RedNet D16R 16-channel AES3 I/O’s in the studio, as well as RedNet MP8R eight-channel mic pre and A/D converter units on tour – a life-saver that Focusrite rushed to them in Vegas after a third-party mic-pre failed on Steve’s lead vocal one night during “Higher Love.” Towler recalled: “Plugged the MP8R in, absolutely rock solid. It just became, for the rest of the tour, the kind of rock-solid mic-pre that we relied on night after night. We got off the tour, and I ordered another five straight away. That became the backbone of my new live system.”

Another favourite of Towler’s is the RedNet X2P 2×2 Dante audio interface, as well as the Red 8Pre. “I’ve got a Red 8Pre in the studio in the live room and one in the control room. It sort of becomes your monitor controller and the backbone to your rooms,” he explained. “On the road, we use it for everyone’s in-ear monitors. Steve plays organ bass, and before we used the Red 8Pre, the organ bass was a bit wobbly sounding, but now it’s solid with definition. It’s a lovely sonic flavour.”