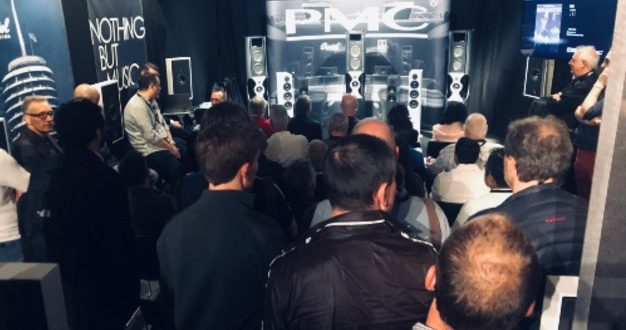 The company remixed tracks from Miles Davis’ 1959 jazz album Kind of Blue and his 1960 Sketches of Spain in Dolby Atmos. PMC was given special permission by the Miles Davis Estate to create these previously unreleased Dolby Atmos mixes using the recently installed PMC Dolby Atmos system at Capitol Studios in Los Angeles, and present them at the show.

Additionally, Miles Davis’ son Erin Davis and his nephew and drummer Vince Wilburn were on hand to talk to visitors, while Grammy winning engineer David Rideau and Capitol’s senior engineer Steve Genewick, who worked with PMC USA’s own Maurice Patist on the mixes, were there to share technical insights into the project.

“We were incredibly honoured that Miles’s family and record label gave us permission to complete this project,” said Patist. “Erin and Vince were consulted at all points during the mixing process, to ensure the sanctity of Miles’ artistic creations were preserved and even enhanced. The results are absolutely amazing and it didn’t surprise us at all that High End Munich visitors who heard them were so blow away.”

The actual demo room was equipped with PMC’s flagship loudspeakers, the fact fenestria, which were complemented by an array of Wafer on-wall speakers for the surround and height channels and a selection of professional subwoofers. This system closely mimics the professional PMC system at Capitol Studios’ dedicated Dolby Atmos room where all these projects were mixed.

To ensure that the Dolby Atmos mixes could be played through consumer equipment, PMC enlisted the help of Stefan Bock, owner of MSM Studios in Munich, which specialises in mastering for Pure Audio Blu-ray. This high data rate format has enormous storage capacity (up to 50GB) for sound, video and multimedia content. It’s fully compatible with Blu-ray specs and can be played on any standard Blu-ray player. In addition to stereo and surround sound, Pure Audio Blu-ray can also handle 3D audio formats like Dolby Atmos. 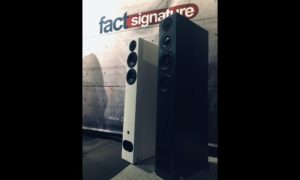 Bock took all the Dolby Atmos mixes that Maurice and his team had created and put them onto Pure Audio Blu-ray so they could be played back in a consumer format that works with any Dolby Atmos enabled AV receiver. Here they had a disc with four different audio formats on it and were able to easily switch between the Atmos and stereo mixes on the booth for demo purposes.

“The synergy between Stefan’s work and the creation of bespoke Dolby Atmos Music at studios like Capitol is really exciting for both the pro audio world and the consumer market,” Patist added. “The Dolby Atmos rooms at MSM and Capitol are both fully equipped with PMC monitors, which shows that only PMC, with its links to the world’s leading artists, engineers and studios, is in a position to close the loop between artist, studio and the home. And it did so with something very special in Munich.”