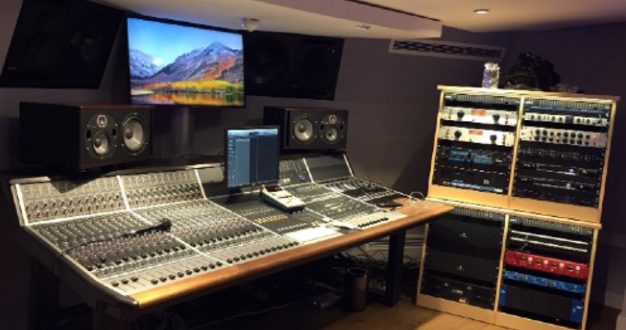 He describes the five-room complex which is now up and running as “a wonderful studio. It’s incredibly flexible whether it be for tracking, mixing or working to picture in all of the rooms at once or independently.”

Designed and constructed by Kazbar Systems, the whole studio – from installation to the final product – met with Nicholas’ approval. “It has a wonderful sound and their care, precision and unrivalled advice is reflected in every aspect,” he said.

Having used the Audient ASP8024 in his Palace Studio previously, Nicholas’ decision to upgrade to the flagship Heritage Edition console was an easy one. The addition of the Dual Layer Control (DLC) module gives him enhanced and ‘seamless’ integration with DAW.

Kazbar Systems also recommended Genelec 1238A Smart Active Monitors designing the control room around the console and speakers, “to provide optimal symmetry and sonic accuracy,” according to their website. 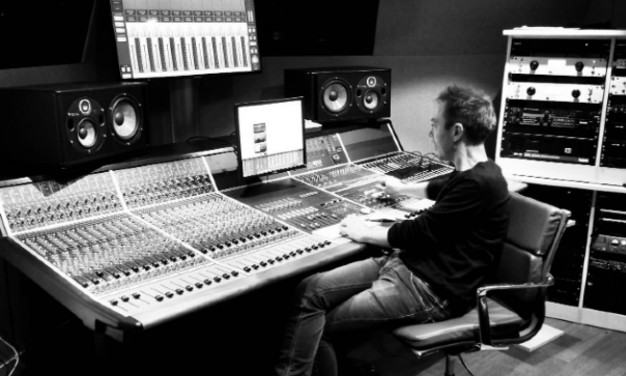 Located in a basement, there was some initial concern as to whether the desk, complete with 24 channels, DLC and patchbay, would be manoeuvrable around the tight corners in the space. Delivering the desk in two parts with the modules out solved the restricted access problem, and the Heritage Edition console was reconstructed by Audient technicians on site.

The final design of the space comprises an isolation booth within the control room and two smaller, multi-functional isolation booths that can be used as additional live rooms, or alternatively as writing and production studios.

Read more about the full construction and install here at Kazbar Systems website.