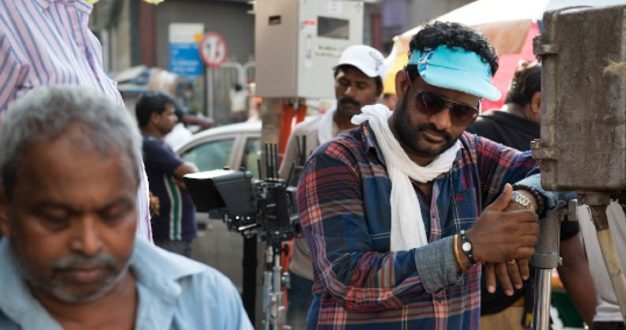 CC: Can you start by telling us about how you collaborated with your co-workers on the film?

RP: I have a special friendship with Tabrez Noorani, the director of Love Sonia. He was also one of the line producers in Slumdog Millionaire for which I won the Oscar, and he assembled an incredible crew for this film. He made it clear that he wanted everyone to come to India during the shooting of the movie so that it felt like one big family. Everyone connected with it and made it special. I also clicked with producer David Womark, whom I worked with previously doing some ADR for Life of Pi.

CC: Could you describe how you approached the music score?

RP: Because we were working on a tight post-production budget, I wanted to do all the pre dubs in Mumbai at my place, all in Dolby Atmos. The music director Niels Bye Nielsen sent all the music to me and there were a lot of Indian instruments in the score. I heard all the demo tracks and then we got all the musicians into the studio over two days to record the music, with the santoor, flute, tabla, drums and more. 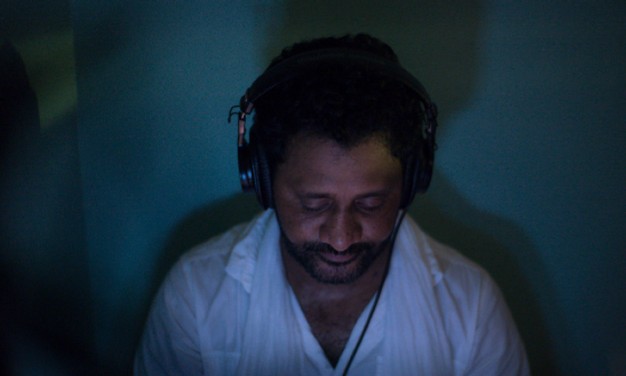 Of course, it had its challenges shooting. When I read the script, I felt it had all the possibility of becoming another Slumdog… but in a different way. Real locations, and some very tough ones. The film travels from a small rural village to Mumbai, to Hong Kong and then to LA, so everything needed a different soundscape.

CC: So were you recording sound on location for the entire film?

RP: Yes – I had this very close friend from Delhi, who I had been working with while he was developing this ambisonics microphone called Brahma. So we bought a Zoom H2n recorder, removed its microphone and put the miniature Brahma mic inside. This gave me the opportunity to produce four-track height layer professional quality recordings in a small form factor, which I could hide anywhere.

For some recordings I had to stroll around in a brothel to capture its ambience, which was quite risky. I had a similar experience in Slumdog – I was recording something like this inside the Taj Mahal in Agra and got arrested by the police, so I didn’t want to repeat the same story!

The same guys also developed some microphones for me to capture small rooms – we shot in real shipping containers and I wanted to capture their ambient acoustics, especially in dialogue sequences. In this bespoke contraption, I had these four DPA microphones which were all measured up and placed equidistant on a plate array. We used that very heavily in creating the soundscape, especially in the container scenes. In that sequence, you can hear the vulnerability of the actor’s performance in her voice, and this was captured very well with the mic array.

There was actually a situation when recording on location in Kamathipura, Mumbai where we were attacked – I got locked up in a car, some of the crew ran away and a bunch of goons chased us!

CC: How did you approach the overall sound design of Love Sonia?

RP: For me, the film is not only about this girl who gets trapped into sex trafficking. It’s based on a true story and this is of course, a serious social issue. It’s a film about people who get displaced from the spaces that they know – a space that they understand for generations, a space where they make a living. It’s about what happens to their life when they get uprooted from that place. That was my idea of how I would approach the sound, so I had to devise three sets of soundscapes, one for each recording location. Secondly, the film is about global warming, and the personal aftermath it can have on a person’s life in a small village in a country like India.

The girl travels to a completely different place from where she has grown up and what she knows, going from a quaint, dusty, stormy village to the cacophony of Mumbai. She spends 14 days in a container on a ship and eventually she gets trafficked to LA, which again is a completely different soundscape – very orderly, very soothing, very sophisticated, very upmarket. In terms of Foley, I had distinctly different textures worked out for Indian portions and for non-Indian portions. So it became not just Sonia’s journey, but also a sound man’s journey from one place to another. For me, it’s a film about displacement. 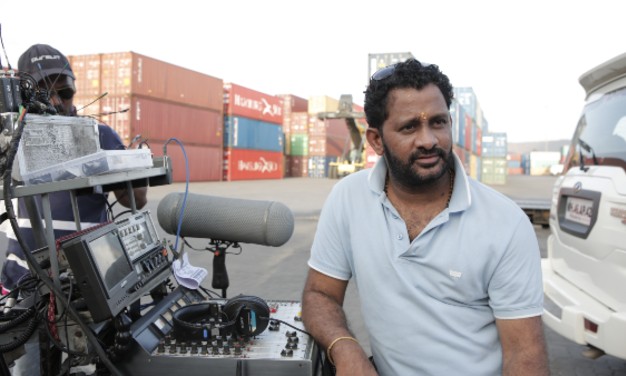 As I mentioned, I had devised microphones like the Brahma and the plate array, but in almost every dialogue scene I used a stereo microphone. It’s a very unusual way to work like that, because you end up running into endless phasing issues. Of course, I had multiple microphones, like my favourite 2040’s with Tram capsules and my favourite boom mics, including a Neumann KMR 81, 82 and Schoeps.

I also had my Cooper portable mixing console, but for me, it was a much bigger recording setup for a small budget film. Nevertheless, we didn’t compromise on how we captured, what we captured, or how we went about doing it. When it came to post, we approached all the sound editorial in a similar way, because right from the beginning we knew we were going to have an Indian release and then a foreign release later on. So I wanted it to be pleasing to the Indian ears first!

I ended up in LA myself, where I mixed the film with Marti Humphrey and Gabriel Serrano, two highly respected re-recording mixers. Interestingly, someone who saw Love Sonia said: “actually, sound is another character in the film,” and I would certainly agree with this idea.

I also wanted to respect Niels’ and everybody else’s work, including that of all my fantastic sound editors. In the end, we only had like one month to put everything together, but all in all I would say that Love Sonia was a very satisfying film for me.