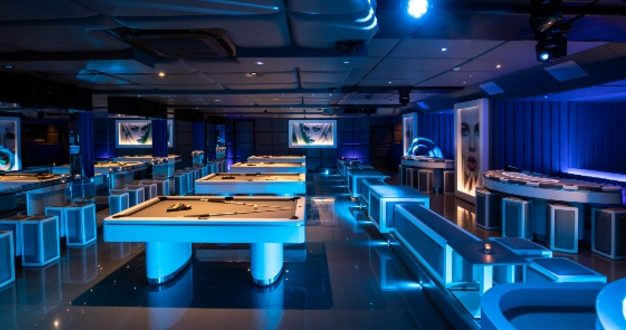 McQueen in Shoreditch has been a feature of London’s club landscape for 10 years. Themed after the late great American star, Steve McQueen, the multiple award-winning venue has an overall capacity of 650, divided between two principal spaces and a 55-cover restaurant.

Dezzi McCausland, head of design and concepts at McQueen, recently took the decision to use the occasion of the club’s 10th anniversary to relaunch it with a brand new look, choosing Pioneer Pro Audio’s XY Series speakers to address the needs of the venue’s multi-functional spaces.

Cosmic Electronics was tasked with installing the systems across the three spaces at McQueen. In the downstairs club area, which hosts promotions such as Cafe Mambo Ibiza and sets by the likes of Melon Bomb, Artful Dodger and Idris Elba, the system comprises eight XY-101 10” full range speakers with two XY-115S bass reflex subs, two XY-215S quasi-bandpass subs and two XY-2s.

Upstairs in the bar area, eight XY-81 8” full range speakers with four XY-115S bass reflex subs make up the main system, with portable XPRS 10 full range active speakers deployed as stage monitors. A further three XY-81 speakers are installed in the restaurant space adjacent to the bar area. The systems are all powered by Powersoft M and K Series amplification.

“We were blown away with the quality of the sound that the boxes produce,” said McCausland. “High quality audio is fundamental to everything that goes on at the venue – DJs and performers of the calibre that we present expect nothing less and the same is true of our patrons, whether they are eating, playing pool or enjoying a full-on club night – it has to be the best.

“Cosmic Electronics did a fantastic job. They’re super sharp and know their stuff, big time. Their team came well prepared and did a thoroughly efficient and professional job. We would definitely work with them again. Pioneer Pro Audio is a relatively young brand, but they are flying and we want to be along for the ride – we have plans to install more Pioneer Pro Audio boxes in our next venture later in the year.”