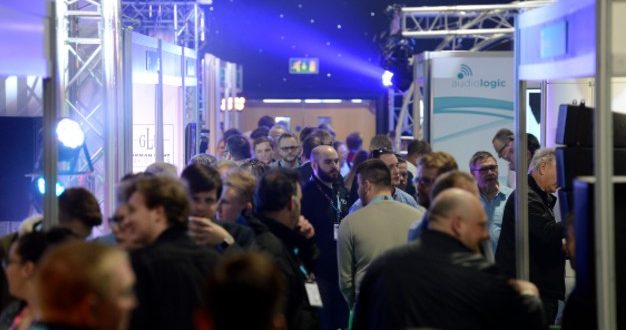 The 11th edition of PLASA Focus Leeds will open its doors from 14-15 May at the Royal Armouries Museum, spanning two sold-out halls and providing a platform for over 175 leading brands from the world of live entertainment technology.

For the first time in the UK, visitors will be able to check out the Vero VX from Funktion-One, which promises to bring the Vero sound to a wider range of venues.

KV2 Audio will debut its ESD Cube, its most compact loudspeaker solution, Bose is presenting its ArenaMatch loudspeakers, and Martin Audio is displaying its BlacklineX series.

Additionally, a range of wireless systems will be at the show including Shure’s Axient Digital, Trantec’s newly launched S5 series of Rack ‘n’ Ready, and the new generation R-4 from JTS.

Standouts in the programme include the record-breaking audio install at the Royal Albert Hall, presented by the iconic venue’s head of technical and d&b audiotechnik, while sound engineer Raphael Williams will reveal how he is preparing for Stormzy’s upcoming Glastonbury headline performance.

L-Acoustics will reveal how it creates immersive audio experiences with its L-ISA technology, and KV2 Audio will run demonstrations of its latest sound systems taking the West End and Broadway by storm.

Meanwhile, audio consultant Roland Hemming will present on voice alarm systems, digital audio networking, and British standards and Brexit. Elsewhere, Shure will delve into managing wireless in a post-700MHz world and Audinate will deliver Level 2 Dante Certification. Also hosted by PLASA, a panel of industry leaders will discuss mental health, sharing their approaches and suggesting for how others can contribute to this important topic.

“We are excited to return to Leeds, marking the start of the show’s second decade,” said PLASA’s head of events Sophie Atkinson. “With a sold-out show floor and fully-stocked programme, we are confident that PLASA Focus Leeds will continue to lead the way and inspire the thousands of visitors we expect to welcome throughout the two-day show.”

PLASA Focus Leeds runs from 14-15 May at the Royal Armouries Museum, Leeds. To browse the programme and register for your free ticket visit www.plasaleeds.com.