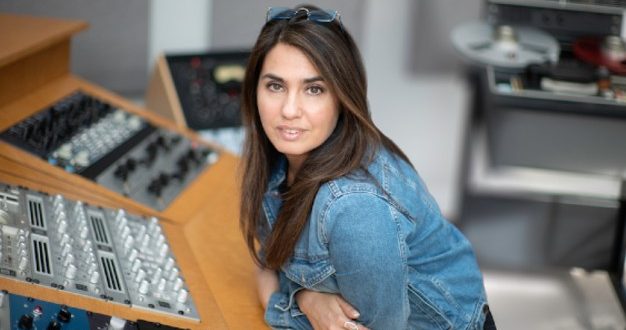 Emily Lazar has been working hard to promote inclusivity of women in the music industry, and earlier this year became the first ever female mastering engineer to win a Grammy for her work on Beck’s “Colors” album. Here, AMI speaks to Lazar about making her mark in history…

You’ve been nominated for a number of Grammy’s in the past. What was your initial reaction to finding out that you had won this time around?

Being nominated is always thrilling and this time was no exception. I was sitting next to Chris Allgood, another mastering engineer at The Lodge who worked on Beck’s “Colors” with me, and we were both pretty stunned! When you hear those words “and the Grammy goes to…” it’s like time stands still for a beat or two. I think anyone who has ever been nominated hopes to hear their name follow that phrase, but I always prepare myself to hear someone else’s.

This year there were so many great nominees in the Best Engineered Album Non Classical category and I was truly prepared for any of them to win. I knew that the win would be a historic moment as far as me being the first woman to win a Grammy in this category as mastering engineer, but I had not really discussed that detail with any of the other talented people on the team prior to that moment.

Could you talk us through the overall approach that you take with your workflow when it comes to mastering records?

Every project is so unique, so it’s difficult to describe the process in general terms, but every project does have one definitive similarity which is that I really like to have a dialogue with the artist/producer/mixer about what they are trying to achieve in the mastering process. It’s amazing how varied and different the dialogues are regarding overall sonic and emotive goals, and it really speaks to how varied and different artists are from one another. It’s really important for me to establish a framework for what they are trying to do in the big picture, as it really helps form the creative decisions along the way. 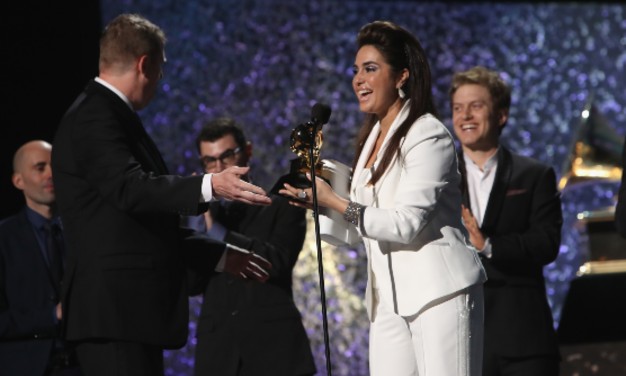 At this point in my career, I’ve learned a thing or two about my own strengths and weaknesses as far as my own workflow goes. My big strength is that I am – first and foremost – a creative engineer and approach it from an “artist” perspective, as opposed to from a traditional engineering perspective. I think that makes it really easy for me to relate to artists and interpret their vision.

How did you originally get involved with Beck and could you tell us about how you worked together on the album?

I met Beck a few times through mutual friends and he contacted me to master the first few singles for the album (“Dreams”, “Wow”, and “Up All Night”). We worked on the album together for a little over two and a half years. He’s an incredible artist with really refined ears and sensibilities.

Historically, mastering has been something that happens at the end of the record making process. It used to be that artists had all of their mixes complete (and mostly mixed to analogue tape) and they would come to the mastering session and use those mixes with the addition of the option of a vocal up or vocal down — but the mix was final. Due to the advent of digital audio workstations the opportunity to revise and “perfect” mixes has changed the way records are being mastered. A lot of artists are now working one track at a time. It is very common for them to want to hear what the mix will sound like mastered, and then upon hearing the master they will go back and revise the mix. I even have clients who bring their rigs to the mastering room so they can tweak their mixes on the fly.

It is also interesting to note that because of the advent of DSPs, consumers have been digesting music differently. The landscape is now very “single” driven and I think this contributes to why some artists have been approaching the whole recording process differently. During the making of “Colors”, Beck would return to his mixes to tweak certain elements based on what he was hearing in the masters, effectively using the mastering chain to better guide his recalls in the mixing process.

Can you tell us about the work you have been doing to promote inclusivity of women in the music industry?

I’m on the NY Chapter Board of The Recording Academy and serve on the Producers & Engineers Wing Steering Committee for The Recording Academy. I’m involved in promoting their initiative #womeninthemix, which is expanding opportunities for female producers and engineers, but also benefits music and artists by broadening the talent pool to best match the needs of each project. 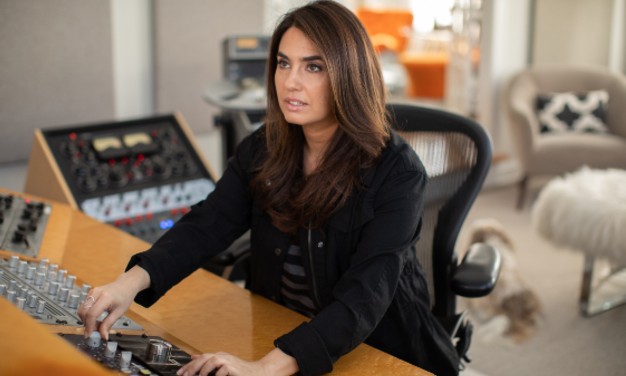 I’m a “creator” for She Is The Music, a nonprofit organisation increasing the number of women working in music, that was founded by Alicia Keys. I’m also currently working with Spotify on upcoming initiatives to support inclusion in the industry but I can’t share details of that just yet!

Why do you think it is so important to serve as a mentor for students looking to get into mastering?

I’m a big advocate of getting a proper education. That can happen at a university, an Audio Program, with an inspiring mentor in the studio, or any combination of the three. I had great mentors while working in studios as well as more formal training while earning my Masters Degree in Music Technology from New York University. Throughout my career I’ve tried to inspire students to follow their passions and find their place within the industry. I enjoy giving lectures at colleges and universities and I’ve been a featured panelist at many industry events, including AES Conferences in NYC and LA, and Women’s Audio Mission events. I’m looking forward to being a featured speaker at the upcoming WAMcon event at the end of this month.

Could you tell us about your studio venture, The Lodge?

The Lodge was created over 22 years ago to be an alternative to the other types of mastering facilities that existed at the time. I saw the need for a place which nurtured the type of environment where artists, mixers and producers would feel comfortable investigating whatever was necessary to complete their album. The Lodge has mastered and mixed well over 3000 projects since its inception in 1997.

Do you have a favourite artist that you’ve worked with?

There are so many truly stellar artists that have come through The Lodge’s doors – honestly, it’s too difficult to choose, so I’ll just list some recent standouts. As of late, I’ve mastered albums for Dolly Parton, Panic! At The Disco, Vampire Weekend, Maggie Rogers and an incredible single for Little Big Town, just to name a few. 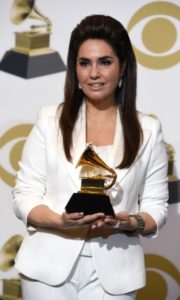 What are your favourite pieces of studio gear and why?

My matched pair of Pultec EQP-1A3 from the 70’s are invaluable. They have a great full, warm bottom and the highs are super smooth and clear. I also love the Avalon Designs 2077 stereo mastering equalizer. It has a beautiful, clean, and elegant sound. Simply running signal through it flat can make a huge difference. It has functional and practical frequency selections and is a very classic “musical” EQ.

I also really dig my Shadow Hills Limited Edition Mastering Compressor. This unit is special not only because it’s a special edition – lucky #13 of 50 made – with red LEDs and a Class-A discrete section, but because it’s just such a versatile beast of a box. I can use it to lightly glue or heavily squash signal as much as I want. Just like my other two favorites, sometimes just running things through those transformers (I think I love the “steel” setting the best, though they are all great) can add the punch and vibe that a mix can be sorely lacking.