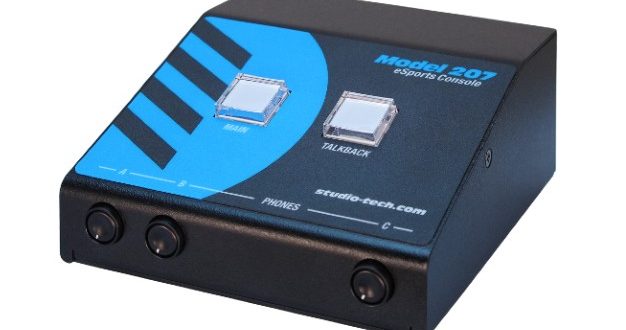 The Model 207 is optimised to address the microphone, audio monitoring, and interfacing needs of eSports players and personnel.

Housed in a compact, tabletop enclosure, the unit made its debut at the recent NAB show and incorporates both analogue and Dante audio-over-Ethernet technology to allow direct integration with personal computers and Ethernet-based audio networks. In just minutes, an eSports player’s location or “position” can be integrated into a sophisticated application.

A wide range of headsets can be connected via a 5-pin female XLR and a 3.5mm 4-conductor TRRS jack, while the XLR connector also supports traditional professional headsets that are commonly used with intercom systems. The unit’s 3.5mm TRRS jack meanwhile allows direct interconnection with low-cost stereo gaming headsets. 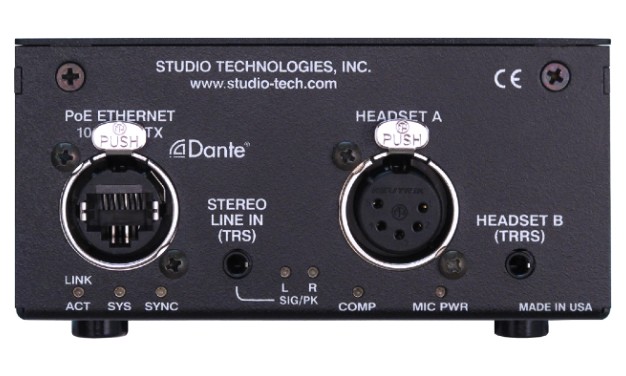 The Model 207 provides a 2-channel “stereo” line input that is directly compatible with the analogue outputs on PCs. A simple audio patch cord is all that is required to connect with the unit’s 3.5mm 3-conductor (TRS) input jack. The stereo line-input signal is converted to digital and output by way of two Dante transmitter (output) channels.

“eSports arenas are technically-sophisticated, ever-shifting environments that require flexible and high-performance technology,” said Gordon Kapes, president of Studio Technologies. “We saw a trend in customers using our existing products for broadcast and streaming eSports applications, so we equipped the Model 207 with unique, configurable resources, along with careful circuit design for reliable operation and excellent audio performance.”