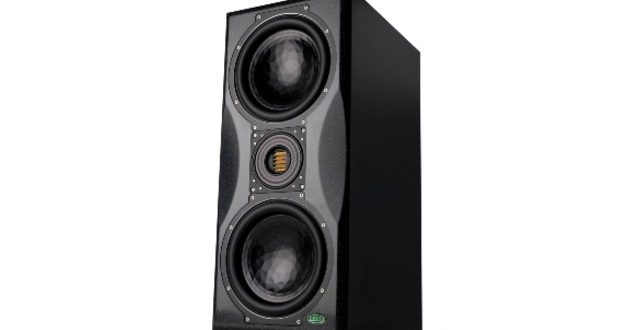 In 2012 I reviewed Unity Audio’s newly introduced The Boulder active loudspeaker for Audio Media, then minus the ‘International’. I liked what I heard at the time, and have been pleased to see the Unity brand go from strength to strength. Not content to rest on their laurels, Kevin Walker and co have run a continuous programme of product refinement, to the point where a gleaming set of Mk-III Boulders showed up recently at Lowland Masters for review.

Measuring 390 x 268 x 614mm (15.4 x 10.5 x 24.2” DWH), and weighing in at 28.8kg (64.5lb), the Mk-III is larger and heavier than the Mk-I I originally reviewed, and about the same as the Mk-II. Incidentally, Unity offers a cost upgrade path for both older versions to III specification, enabling earlier adopters to access the current refinements.

The Mk-III’s driver complement is arrayed in the familiar D’Appolito-like configuration with woofers either side of a mid-tweeter, but the units themselves have changed: the two low frequency drivers are swapped for 220mm (8.5”) crystal membrane units, presenting a geometric appearance which apparently helps stiffen the cone. The central driver, provided with a neat magnetic grille to protect it (I left this off to listen), is a dual concentric 130mm (5”) X-Jet midrange with a 50kHz folded ribbon tweeter.

Amplifiers are two Class D 300 watt units for the lows, and two discrete Class A/Bs for the mids and highs from Esoteric Audio Research, a brand partner since Unity’s inception. As always, the cabinet is a sealed box, which has the advantage of a smoother low frequency rolloff in comparison to a ported enclosure – this results in more natural-sounding bass instruments and kick drums, plus more LF extension. 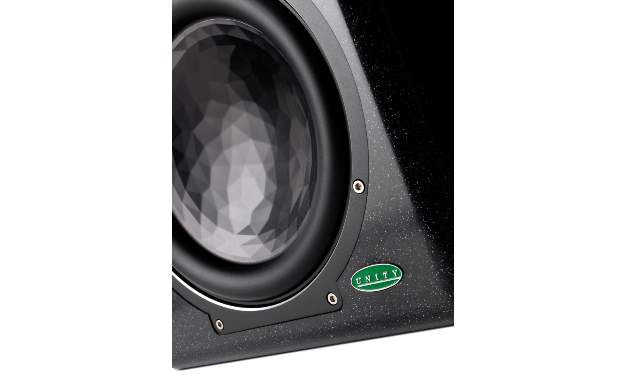 The crossover points remain unchanged at 694Hz and 2.5kHz, and the overall frequency response is wider than previously at 30Hz-38kHz, +/- 3dB. Unity have continued the use of a rounded-edge Corian front baffle on a rigid Baltic Birch enclosure, while the rear panel also remains unchanged with +/- 2.5dB high and mid cut and boost switches, a gain control, XLR analogue input and mains facilities. For even more bass power, The Boulder has an optional extender cabinet, the BABE, as well as a subwoofer, the Avalanche; and for those requiring digital access with more in-room and monitor control, a The Boulder DSP will be available in the near future.

Once the Mk-III pair was set up, and input gain adjusted to about halfway around its travel to suit the output of my mastering DAC, I ran a selection of test and work pieces from CD and computer over a few days. An early impression was that things were a little bright for my taste – not unusual as I find the majority of speakers to be treble-heavy in their native state.

I went to back the high end off with the switch and managed to temporarily confuse myself as I’d forgotten that, counter-intuitively, the mid adjust is above that for the highs, and both switches are ‘up’ for cut and ‘down’ for boost. Correct selection once made, however, the overall balance came nicely into play for my preference and room.

I started with CDs. A good first listen in such circumstances is the Hurricane album by Grace Jones: the first two tracks, This Is and Williams’ Blood, in particular can inform much of what I look for in a speaker such as solidity of image, frequency range and resolution – the Mk-III handled the test with panache and, having recently auditioned a set of Mk-Is to refresh my memory, it was apparent that the more recent speaker went both lower and higher, and had a flatter presentation frequency-wise. 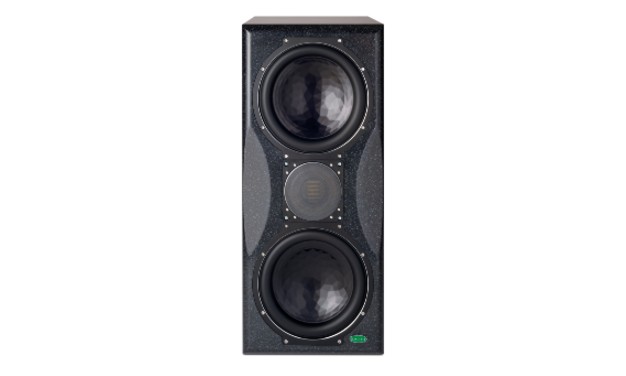 Subjectively its predecessor had a subtle lift in the low-mids, contributing to a somewhat different voicing than that of the Mk-III: while both are very usable working tools, I personally preferred the newer, more neutral iteration. I also found the Mk-III to be equally at home with both beat-based and acoustic – including classical – music.

Moving on, I played The Blues from Marcus Miller’s Tales album, which has several speech archive pieces from jazz and blues greats placed in the music, their degree of intelligibility being a useful guide to how revealing and resolved a speaker is. Flying colours – every word was clearly heard, and that sets the Mk-III apart from most speakers passing through here for review. Over the next working period I checked on mastering work both in progress and completed, and found my choice of EQ and dynamics processing confirmed.

While that was welcome, I was even more pleased to find the direction taken on one recent album, essentially a flat transfer with gain, was validated. Knowing when not to process is an underrated and key part of a mastering engineer’s toolkit – it probably took the first decade for me to really start to understand this, and from a working perspective, being told the truth about how music sounds is one of the more important attributes a loudspeaker can have.

I’m bound to say I believe Unity Audio have done it again in The Boulder Mk-III, and are offering a great deal of loudspeaker for what I consider a very fair price. The whole package sits well against the competition, of which there is a considerable amount in the near- to midfield sector these days, and is a resounding must-audition if that’s an area where you’re looking to buy.