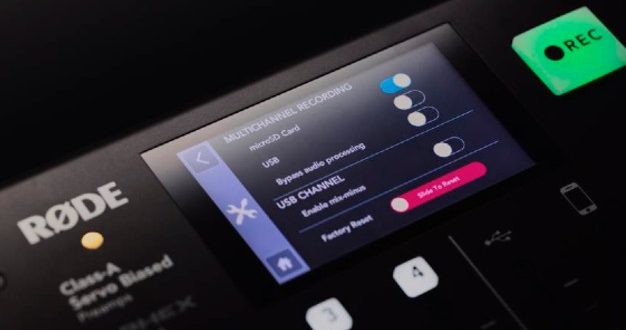 RØDE Microphones has announced the next major firmware update to the RØDECaster Pro, its fully integrated podcast production studio.

The RØDECaster Pro’s new functions featured in the 1.2.0 firmware update include:

– The option to pause during a recording

The RØDECaster Pro will now record 14 tracks to the on-board microSD card. These tracks are the same as if you were recording multitrack via USB to a DAW:

– A mono track for each of the four microphone inputs

For more details on the new features and functionality of the 1.2.0 firmware update, click here. Download version 1.2.0 now from rode.com/rodecasterapp.