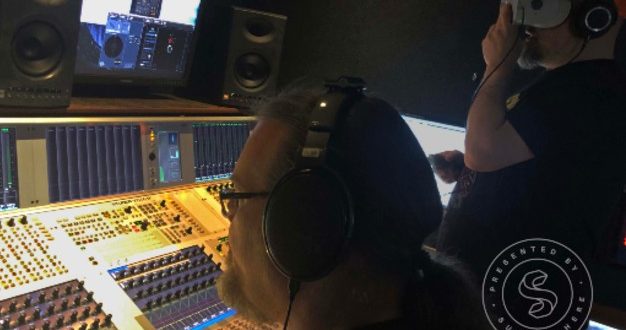 Available on Oculus Venues, the series marks the first time that live VR/360° broadcasts will offer end-to-end natively mixed ambisonic audio for primary delivery, enhancing the level of event experiences so that fans worldwide can feel even closer to the show.

“We’re thrilled to launch the Audiophile Series and bring an unmatched level of fidelity and audio quality to the world of live performance in VR and 360°,” said Lucas Wilson, founder and executive producer at Supersphere. “Since our work with Paul McCartney and Geoff Emerick years ago, we have always valued the power of live experiences and worked to deliver the highest quality productions to truly transport fans. Now with end-to-end live streaming of ambisonic audio, we are raising the bar for what fans can expect from an immersive live stream.”

The Audiophile Series will kick off in New Orleans in May with three shows: The Revivalists (at the Fillmore on May 2), Preservation Hall’s 14th annual Midnight Preserves show (May 3), and Galactic (at Tipitina’s on May 4). Supersphere is partnering with leading Nashville-based studio TNDV, which has produced major live events from The Final Four to the CMA Awards, and Grammy Award-winning audio engineer Mills Logan, to capture the New Orleans shows.

“Ambisonic primary delivery helps complete the VR/360° production package,” said TNDV owner Nic Dugger. “Along with the audio engineering team from TNDV, Supersphere has built a sonic experience with a selection of upcoming performances from historic venues that transport listeners into the middle of the audience, from the comfort of their own home.”

Supersphere has continually broken new ground in immersive live streaming, covering concerts, esports tournaments, sporting events, and more with custom end-to-end workflows. The company has been a trusted production partner of Oculus since the launch of Venues, and partnered with Oculus at last year’s OC5 Conference to live stream the keynotes and additional content in Venues. For this year’s F8 Conference on April 30, Supersphere will broadcast keynote speeches to Venues in native stereo.

For more on the Audiophile Series and to tune in to the New Orleans events, visit:http://superspherevr.com/live-vr/