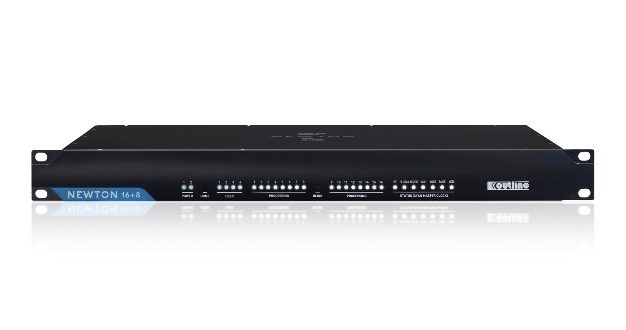 Rat Sound Systems of Camarillo, California – now in their 19th year of providing sound reinforcement for the Coachella Music and Arts Festival, debuted Outline’s Newton 16+8 audio processing units as their processor of choice at this year’s outing.

Considered perhaps as one of the most challenging audio signal processing and distribution events worldwide, the system satisfied a multitude of requirements in the festival and touring arenas.

Newton is positioned as Rat’s Front of House, through which each mixing console is connected and is then capable of addressing the myriad of digital and analogue connectivity options. Final mixes from FoH and Newton now are delivered directly to each of the stage’s PA’s or out to the delay tower systems that populate each of the seven stage locations.

Jon Monson, head of touring for Rat Sound who led both in-house and live gigs testing, said: “This is the solution that we have been waiting quite some time for, the innovative technology coupled with dependability is unparalleled in the industry and it is now used in each of our Standard Drive racks because of its flexibility.” 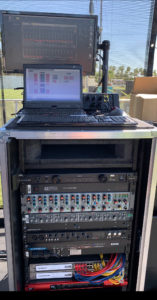 Rat Sound’s own Dave Rat added, “We’re extremely happy with the capabilities of Newton now, and we have been contributing ideas, requests for future capabilities and Jeffrey and Jason have been extremely focused on seeing that our input is included in the relevant development roadmap for Newton.”

“We knew what an asset Newton could be to Rat Sound’s portfolio of products and services,” said Outline US’s Jeffrey Cox, North American Sales. “The collaborative efforts between Jon, Dave and the Rat Sound Family of technicians and engineers has been a rewarding and productive enterprise. Rat’s input has been invaluable in allowing us to further Newton’s technical capabilities now and with a nod to the future”.