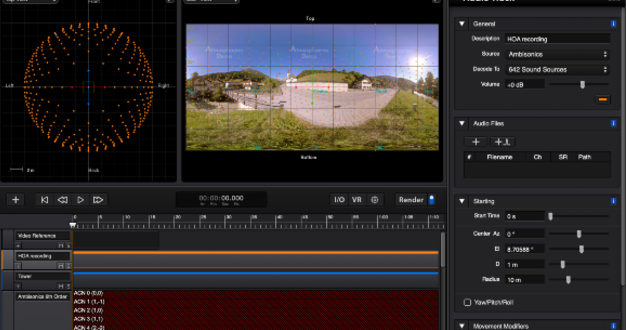 Colby Ramsey catches up with Nuno Fonseca about what we can expect from Sound Particles 2.0…

For those who aren’t familiar, Sound Particles is an immersive CGI-like software application for film, TV, VR, music and game audio production. Introduced in 2016, it is designed to offer unique and efficient sound design workflows, increase creativity and reduce the time needed to create and record complex sound effects in virtual 3D environments.

Having been used on a number of feature film releases – including Aquaman, Ready Player One, and Alita: Battle Angel, among many others – since its release, Sound Particles 2.0 is now adding a whole host of new features to the award-winning audio tool for sound designers.

Recently, the company’s founder and the brains behind Sound Particles itself, Nuno Fonseca, told me how he had to almost completely rewrite the entire application just to include support for Windows. One of the big new features is the addition of CGI metadata recognition, allowing users to import native CGI animations, such as Autodesk’s .fbx files. It’s therefore possible to tag graphical components and automatically track keyframes, saving time by streamlining workflows for dynamic objects.

“It lets users import from animation or from visual effects, and essentially gets the sound to behave in the exact same way as the images,” says Fonseca. “I really think this could be an interesting way to explore complex sound designs in the future. 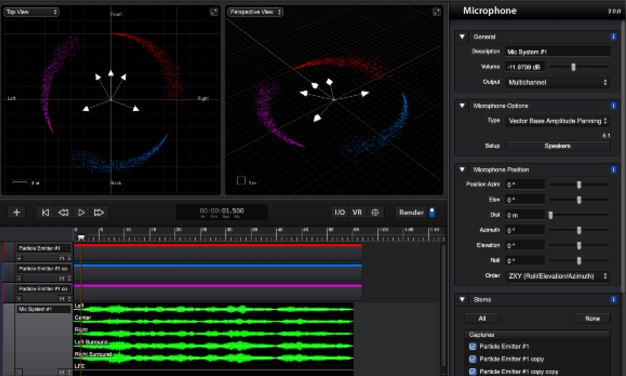 “Another significant feature we have now is the ability to start rendering things and making tweaks in real-time – with the first version of Sound Particles, you had to render the entire audio file before listening,” Fonseca adds. “With the new version, you can actually change parameters on the fly, unless you are of course using thousands of particles – or sound sources – which just cannot be done in real-time!”

“We realise that this is of course just the tip of the iceberg, and believe there is so much you can do with this native 3D approach to sound,” says Fonseca. “We plan to release new updates every month that increase the processing power of Sound Particles, opening it up even more in terms of experimentation with creating big battle scenes for video games and such. We’re going to release track presets so that users can easily change between particle settings, and we’re also making some adjustments to the engine, which will be announced within the next few weeks.”

For many years Sound Particles was just Fonseca’s personal project, but what he has now decided to do is outsource the company vision and try things a little differently. He now has a team of 11 people dedicated to expanding the scope of the software: “Our vision is to create a native 3D DAW that would allow users to do all the usual things, but with the advancements of computer graphics and a native workflow,” he says.

While Sound Particles will continue to be the company’s core, it will also be releasing subsets of the applications as plug-ins. In the last year it has released Doppler and Air plug-ins, which have proved popular in terms of their sound and EQ, Fonseca tells me. He says that with Sound Particles it’s sometimes about ignoring the constraints, and trying to achieve the maximum audio quality even if its not in real-time.

Sound Particles can be used in many different ways on movies and productions, from an ambient restaurant scene to big explosive battle scenes, and the latter is where it really shines.

“Due to the fact that Pro Tools is the industry standard of mixing in Hollywood, we need to be able to integrate with it directly to work in real-time, so we’re working very closely with Avid in this regard,” Fonseca explains. “There’s so many things that we’re exploring with Sound Particles that are just not possible to do with traditional plug-in architecture. One of the most rewarding things is to see people getting excited about the possibilities of it – they’re always coming up with uses that even we didn’t think were possible!”

Although it doesn’t currently have music related features like MIDI support, Fonseca says he is finding that people are still using it for musical purposes, because they want an interesting pan or some immersive effects on their records. The clients however don’t get much bigger than Disney, who have used Sound Particles for the sound design of their new Star Wars theme park attractions that are soon to be opened.

“Video games also continue to be an area that grows every month for us, and we have as many clients on this side as we do on the TV and cinema side now,” says Fonseca. “We’re seeing more and more uses for VR, but the interesting thing about Sound Particles is that it is completely agnostic in all audio formats, so when you’re creating sound content it doesn’t matter if it’s in sixth-order Ambisonics, or 22.2, or in stereo. 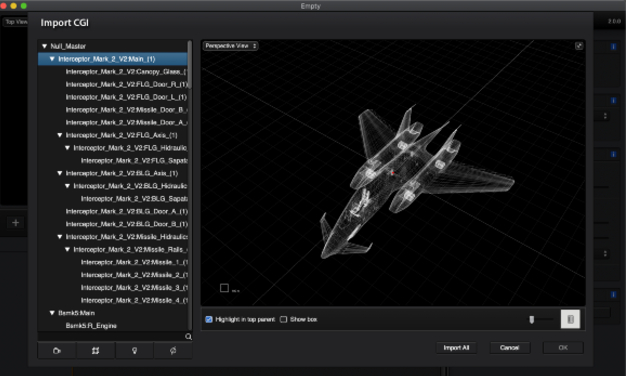 “We’ve also released a mobile phone and VR headset application with 2.0 which allows users to test their Sound Particles projects in real-time,” he adds. “It all just unleashes a completely new field of application, and allows sound professionals to work in an entirely different way.”

Fonseca notes that it is sometimes difficult to roll out features fast enough, to see how people can really start working and experimenting with it. There’s currently a list of around 200 features that he wants to add as soon as possible!

“We want to improve the user interface to encourage better interaction with our users, but without compromising on audio quality, which is what really matters,” Fonseca concludes. “It’s really rewarding when you hear how much people rely on and enjoy working with the tool – we love sound, technology, cinema and video games, so it’s great to be able to make a small contribution to the entire industry.”