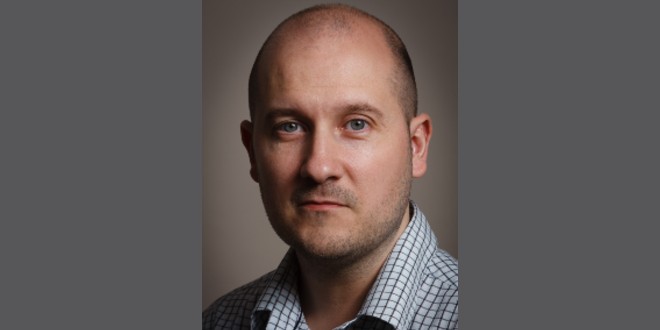 For those not familiar with the multi award-winning Total War range of video games, Total War is a turn-based strategy game, featuring real-time battles. The music associated with the games tends to be large scale, orchestral and cinematic in nature and the planning, execution and implementation of it is a sizeable undertaking.

Music plays an important part in delivering the soul of a video game. It underscores your entire experience, taking the player on an emotional journey, sensitive to the games styling while adapting itself to the dynamic and changing states of a game. How well the emotional contouring is executed, the level of creative originality, coupled with delivering the right sense of time and place is largely what will determine the success of a musical score, and it has the power to elevate a good game to a great game.

The planning phase of Total War music starts with understanding the pillars of the product and the key attributes that when distilled sum up the essence of the game. For instance, on our most recent title Total War: Three Kingdoms, it’s crucial that the game feels of its time and place, while being conceptually modern with a hint of fantasy. An interesting combination you might say, and it’s true, it took some time researching music and experimenting with not only musical textures and instruments to define a music style that delivered on this concept, but also with the interactive game system in mind.

Each project is different, from concepts, locations and points of history, through to features and new directions of gameplay, but ultimately, we apply the same spotting process to each and break down the product into its constituent areas and supporting music. For instance, land battles might consist of a linear opening cut-scene followed by a reveal, threat, march and action music, book ended with results screen music. A typical project can consist of three to four hours of custom written music, the scope of which is extrapolated to determine a composing, recording and implementation schedule which will be aligned with our budgets and fit the design of our music system.

Our music systems have evolved over time, from simplistic designs to those that contain multiple interactive structures. As the complexities of the projects have increased so have our desires to push what we want or need the music to be able to do, alongside the incorporation of different technologies for the playback and manipulation of the music in the game.

The music system supports many differing areas, often having unique requirements of their own, whether that’s creating seamless transitions between the music tracks as a battle unfolds across threat and action game states, dynamically switching action music through a playlist of music cues in response to the unfolding battle or adapting a tracks mix balance based on some game condition. The extent of the music system has a direct impact on how we will go about authoring and recording our music, and therefore must be considered at the earliest stage.

Before the composing process begins, we will have defined all the game areas that require music and worked out how it will systematically fit together and adapt to the varying needs of the game. This results in a large spreadsheet of compositions to produce along with associated attributes such as details about the game area it belongs, length, key, tempo, if it loops, whether it will be live and with what instrumentation and so on. To conform to our music system requirements there may be certain conditions that the music tracks need to meet.

As the score begins to take shape, we will start to get a clearer picture as to the final line-up of both ensemble and solo musicians we will need to record. Much of the recording for the soloists will be handled directly by our team, recorded at our studio. However, ensemble sessions, whether that’s orchestral sections or choir will be recorded in the necessary location to achieve the best possible result, and the Pro Tools projects remotely delivered.

Our Pro Tools projects are vast behemoths, containing all the electronic and live elements of the score, all recorded in a format that will enable us to easily create multiple mix versions of a composition or re-arrangements and other required edits that our interactive system may require. The compositions in any given game are all assembled using a consistent Pro Tools template which makes navigating each, working with the edits and mixes much easier and quicker.  From here, we will export the stems and/or other building blocks, loading in to Wwise to start populating our music structures ready to hear live in the game and begin mixing and testing functionality.