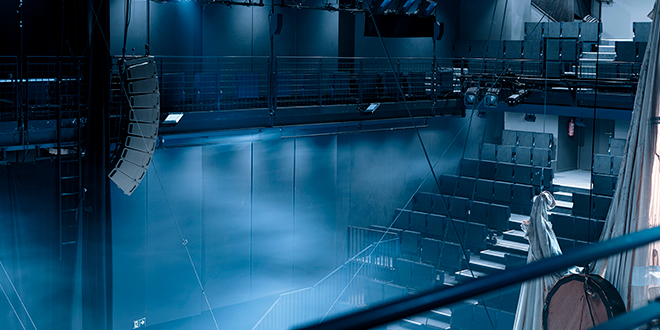 Amadeus has announced the install of over 172 of their speakers along with the company’s HOLOPHONIX immersive audio processor at the newly opened, and completely remodeled 560-seat theatre, La Scala Paris.

The sound reinforcement system was designed specifically for La Scala Paris by Amadeus in collaboration with composer Philippe Manoury and scenographers Patrice Buniazet and Richard Peduzzi. The system is designed to enable an almost limitless number of configurations and possibilities for all types of performers and theatrical presentations.

The audio setup is built around a HOLOPHONIX spatial sound processor, designed by Amadeus in collaboration with a number of research and technology institutions. It creates an advanced platform which is able to mix, reverberate and spatialise sound content played from various devices using several different spatialisation techniques in two or three dimensions, and allows users to select and combine these techniques in real time.

“We wanted to build a system that would be able to adapt to any live show and any concert – even the most acoustically and sonically challenging,” stated co-owner Frédéric Biessy. “To bet on the success of a multidisciplinary performance space implies that, in every domain, the tools are the most demanding and the most adapted to the quality and the demands by the artists invited to perform there. All the artists who have performed at La Scala in the past four months have confirmed that their needs were met.”

Spread around in a hemisphere shape, enveloping the viewers and adapting to the geometrically shaped building – all while controlling the technical and aesthetical constraints in the Grande Salle, the new sound reinforcement system at La Scala Paris uses 172 speakers designed and built by Amadeus.

Some speakers-especially those fixed on the two upper catwalks-were designed specifically by Amadeus for the La Scala Theater. The speakers installed on the first catwalk are set at 6.5m height from ground, with the front panel slanted, while the coaxial transducer is aimed naturally at a 30 degree angle to get an optimal overlap in the listening area sweet-spot; On the second catwalk, the front panel of the speakers are tilted at 45 degrees. Three speaker ‘antenna’ systems are fixed under every balcony as delayed systems. Each ‘antenna system’ is made of 12 Amadeus ‘PMX 4’ coaxial speakers, evenly distributed over the whole width, with an inter-source distance of 1.25m. A frontal high power line array system is also part of the global system, made up of 18 Amadeus DIVA M² speakers. Several speaker configurations are used at La Scala: the main L/R is made of 2×9 DIVA M², the L/C/R is a 3×6 DIVA M² setup, and a multi-diffusion setup consists of a 6×3 DIVA M². 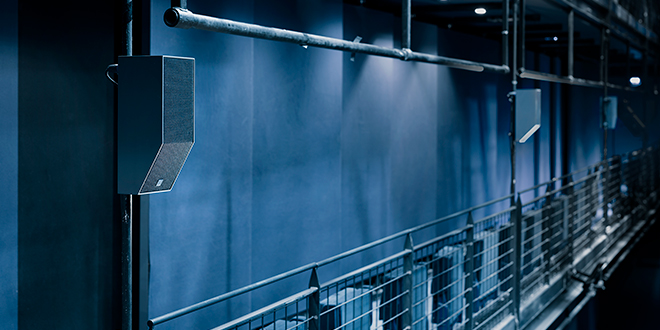 “It was a fascinating and thrilling challenge to imagine a unique sound system, tailored to La Scala Paris – a true technological gem. The Scala Paris is the first theatre in France to combine a variable acoustics system, built with modular two-sided panels (absorber/diffusor), and an extremely sophisticated immersive sound system utilising 172 loudspeakers,” said ThierryCoduys, chief technology officer who was heavily involved in the creation of the HOLOPHONIX processor.

Previous Engineer Profile: In the mix with Wes Maebe
Next Review: Audio-Technica 3000 Series