Home / Feature / Engineer Profile: In the mix with Wes Maebe 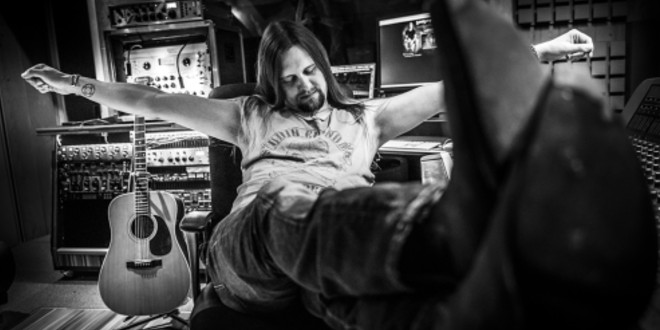 Engineer Profile: In the mix with Wes Maebe

Colby Ramsey speaks to award-winning mixing and mastering engineer Wes Maebe about his gear, workflow and the changes he’s seen in the music recording industry…

Born and raised in Belgium, Wes “Wesonator” Maebe moved to London to study audio technology in 1998, returning to live here in 2003. Initially dividing his time between being a visiting lecturer in Audio Technology at the City of Westminster College and building a client base for freelance recording, mixing, mastering and live work, Maebe moved to full-time engineering in 2006. He is now based out of his mix room in Shepherd’s Bush in West London, while also working as an in-house engineer at RAK Studios.

It was a busy start to 2019 for Maebe, as he explains: “I went out to NAMM a little bit earlier this year and we went to a beautiful studio in the San Francisco Bay Area called Laughing Tiger. We spent two days recording there on jetlag!

“It was a pretty productive show for me,” he adds. “I did my usual solo spot and was then part of a panel with Michael Beinhorn talking about pre-production, and about how to get the best out of a band or artist. On the last day I had a software demo for Wholegrain which was also really cool – just hanging out and seeing what’s new is always good.” 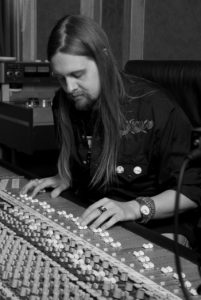 Like most engineers, Maebe’s workflow and setup often depends on the situation. When it comes to drum mics, he usually goes for quite a classic setup – vintage AKG D12 in the port and an NS-10 on the kick drum: “If it’s something a bit rocky or metally that needs a bit more click, I’ll put a Shure Beta 91A inside, just to get the hammer from that,” he explains. “My recent favourite top snare mic is the Sennheiser MD 441-U, because it really gives that lovely 70s low end thud like what you hear on Eagles records.

“I usually combine that with a small diaphragm condenser, and then use an SM57 on the bottom, with an AKG C451 on the high hats. For toms, I’ve been using the old Neumann KMS 86 a lot, just because they were hanging around at RAK and no one seemed to be using them. I thought I’d give them a try and they’re really cool!”

Meanwhile, Maebe’s go-to speakers are his old trusty Genelec 1031As, and his PSI Audio A17-Ms. Hardware wise, he is a big fan of anything from API: “I suppose I’ve got a lot of reliable stuff that’s been around for a while!” he adds. “I’d say I generally look for that vintage sound, although I do cover many different genres, from pure classical to heavy metal with a lot in between – pop, reggae, jazz. It’s quite varied which is really fun, because you get to use tricks that you might not necessarily use on a particular genre, bringing something cool to the fold which you might not have expected.”

Maebe also really enjoys being on the road mixing live sound, despite most of his work being in the studio as of late. After asking him the rather loaded question of ‘who’s your favourite artist to work with?’ Maebe mentions working with Ali Campbell and UB40 as one of the most memorable moments in his career.

“It’s always fun with them, and mixing that UB40 record was a real labour of love,” he explains. “Mixing one of the tracks on New Model Army’s Anthology also really stuck out. I had a track on the same album that was mixed by Bob Clearmountain, with the next track mixed by Glyn Johns, so I was in great company there.”

Maebe also has lots going on in terms of current projects. He is working with a London-based heavy rock band called Hadrian, and is also in the middle of finishing three “massive” piano pieces that he recorded at NAMM: “We’ve just finished the editing and now I just need to mix it all together – it’s kind of experimental classical music by composer Morton Feldman, while the musician is Tania Chen, who is a really cool piano player,” he says. “I’m also finishing a record with an artist called Raie, which is lovely. She’s a vocal coach teaching at Goldsmiths who wanted to make her own record, so we put a whole album together, put some really cool musicians on it, and I also managed to write a song for her – that’s going to come out soon.”

Maebe mentions that he also loves the teaching and education aspect of the industry, and enjoys doing workshops at exhibitions and conventions because he can impart some of his knowledge, “which will hopefully help somebody out – in the studio, I’ll tend to gravitate towards fresh assistants so that I can mentor them and teach them as much as possible,” he reveals. 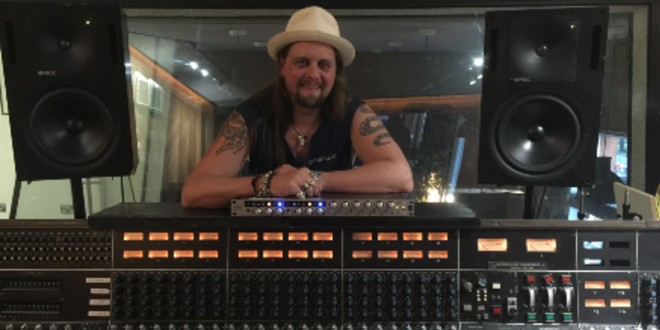 “It’s a double-edged sword because they’re releasing so many kids into an industry that is still pretty cutthroat,” Maebe adds. “They teach all the technical and theoretical stuff but this doesn’t count for much when you’re actually in that situation, dealing with all the egos and the sometimes fragile minds of artists – you have to learn that the hard way!”

The biggest change that Maebe has observed over his career is in budgets. Producers and engineers can do everything on their laptops now, so big room mixing is arguably not as abundant as it once was. “In a way, I feel it returning to a cottage industry like how it first started,” he says. “People need to be prepared when they go into the studio now in order to optimise their time. Historically, studio budgets were not an option and a lot of time got wasted, but maybe there’s less of that now – it will find its balance again I’m sure.”

The lines are also being blurred when it comes to technology and the recording environment: “While there’s a lot you can do in the box now, there’s certain things that you can’t, and one of those is interacting with a band in the same room – you can’t capture that on a laptop with a plug-in!” laughs Maebe.

“It’s expensive going into the studio, and facilities are using more and more resources, but I think for about 30 years rates have not gone up,” he concludes. “Perhaps the resurgence of vinyl is making people understand the importance of quality music again – we just need to educate the end users and artists alike. If you get it right from the start, it’s going to be amazing at the end.”